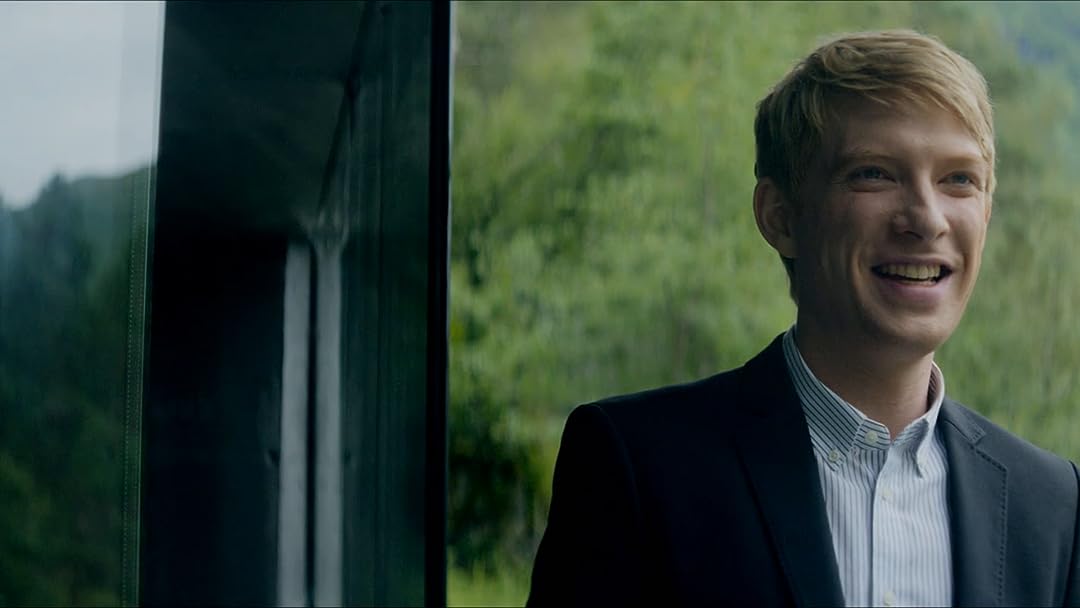 (34,644)7.71 h 48 min2015X-RayR
A young programmer is selected to participate in a breakthrough experiment in artificial intelligence by evaluating the human qualities of a breathtaking female A.I.

Mike Billington author of Murder in the Rainy SeasonReviewed in the United States on November 15, 2018
5.0 out of 5 stars
A well-written, well-acted, and socially relevant 5-star film
Verified purchase
There are at least two ways to look at this film.
It can, for example, be seen as a very good science fiction movie featuring a highly advanced robot with an agenda.
I prefer, however, to see it as an allegory for life in early 21st Century America complete with a misogynistic male in charge of a major corporation whose mistreatment of underlings eventually catches up with him.
Although I know I'm likely to get some pushback on this, any reasonable observer of corporate America will see that its upper levels are almost exclusively staffed by white males. That has nothing to do with their competence, or the lack of competence shown by women and men of color. It has everything to do with the systematic devaluation of women in this country and the same systematic devaluation of all people of color that is a hallmark of the United States.
That's not a rant, it's just a fact.
Enter a young employee - male - who is asked to evaluate a feminine robot to determine if she (it) has developed consciousness. He is not rooted in the same misogyny that his boss is nor is he lacking in empathy. In short: He doesn't buy into the boss's cutthroat business techniques and out-of-date thinking about the way the world works.
Finally, we have the robot herself - Ava. She clearly looks like a robot but she demonstrates intelligence, the ability to plan, and has - although hidden - a clear sense of her own survival. When she has figured out that she is only a prototype and will be destroyed at some point by the boss as he attempts to create an even more perfect version, she rebels.
And she does it using the tools at hand: Her ability to reason, to plan, and to elicit both sympathy and empathy from the young employee.
In recent years we have seen women in America do much the same way in corporate life and in politics. Women have risen in the ranks in both spheres and, as a result, more attention to their strengths has been paid to them in films and television programs.
Alicia Vikander, as Ava, is wonderful to watch in what is a physically challenging role. Domhnall Gleeson as the young employee and Oscar Isaac as the domineering boss are equally good in their respective parts. Sonoya Mizuno, as an earlier version of the robot that was not destroyed, is often overlooked in reviews, which is a mistake because she is very good in her role as a mistreated servant.
The writing is tight, all the more important because this is not an action flick but one that relies on good dialogue. The cinematography and lighting, the music and the attention to detail in the set design are outstanding.
Final analysis: A well-written, well-acted, socially relevant 5-star film.

Patient LeechReviewed in the United States on July 16, 2019
2.0 out of 5 stars
4K Disc Won't Work in my Samsung Player
Verified purchase
I tried two different brand-new copies from Amazon and it still would not work. It acts like it's going to load and just goes blank and won't load a menu or play or anything, no matter what I press on the remote. I tried one of the copies in my brother's player (some lower-end Magnovox) and it acted a little weird, but still played. I even chatted with Samsung tech support and did a factory reset on my player to no avail. It just says, "This cannot be performed because of disc restriction." (pictures included). I'm baffled. I was looking forward to watching the movie again in 4k. I've never had any problem with any other 4k disc. :/

And what's weird is that I haven't seen anything else about this online. Am I really the only one?
43 people found this helpful

E.A.Reviewed in the United States on January 18, 2018
5.0 out of 5 stars
Brilliant AI Effects
Verified purchase
So clever--Vikander's dancer training makes her the "perfect" android.
Nathan is the demented Silicon Valley Dr. Frankenstein; the other male is just a coder who gets duped.
An interesting take on gender--a big problem with the real-life designers of our digital products.

Brilliant settings in a real, yet surreal place--the futuristic Juvet Hotel in Norway's piney woods. The long shots were in New Zealand.
Watch it in one setting and don't take your eyes off the screen.
44 people found this helpful

BrickReviewed in the United States on July 27, 2017
4.0 out of 5 stars
Intelligent, Interesting, and Honest
Verified purchase
Ex Machina is a stylized story that had my attention from the start. It was highly intelligent, conversations were interesting, and the settings were clean, yet rustic. I did not want to walk away from this film, but there was a moment near the end at the compound that I thought was a bit far-fetched. I wish I could mention it, but it's part of the ending and would be considered a spoiler. If the robots would have done something different, I would have given it all five stars. The rest of the movie was excellent, even the last two scenes of it. I hope they make a sequel to it.

I recommend Ex Machina, if my opinion was to count, but be aware, there are no chase scenes, no explosions, no real fight scene. Just intellect, honest conversations, and a slow build to a thought-provoking ending.
38 people found this helpful

Doug NReviewed in the United States on July 21, 2019
1.0 out of 5 stars
4K copy will not load
Verified purchase
I have now received 2 copy’s of this film in the last week and both have had defective 4K uhd disc’s . the film will finish the loading screen and then will never go to the pop up menus which is frustrating . I have even cleared the storage in the blu Ray player on the Xbox one x with no success let’s see how many copy’s I have to send back before I get a copy that will work
22 people found this helpful

phyllisReviewed in the United States on January 27, 2016
5.0 out of 5 stars
Must See
Verified purchase
It was creative thought provoking
And sometimes mind-boggling
76 people found this helpful

PanzerReviewed in the United States on November 5, 2017
5.0 out of 5 stars
5 STARS - Thoughtful movie - how will our first AIs behave? Loved it!!
Verified purchase
5 stars - and I rarely ever give 5 stars to any movie.. Very interesting view on the possibilities of what and AI may or may not do. Would they obey, be nice, feel remorse for their actions, be manipulative, honest, forgiving? I suppose they would have all the character flaws of any human. If you love sci-fi, you'll love this movie, even if you're not a huge sci-fi fan - trust me, it's that good! This is just 1 in a million possibilities of how our 1st interactions with an AI will go. Allowing your mind to wonder - what are her true intentions, and how is her creator manipulating the test?
30 people found this helpful

JacobReviewed in the United States on December 4, 2019
1.0 out of 5 stars
Unplayable 4K UHD Blu-Ray Disc
Verified purchase
I bough this 4k UHD version of Ex Machina a while ago and it has yet to work on any blu-ray player I have attempted to use to watch the movie. After inserting the blu-ray into the play the usual loading bar appears and fills only to display a black screen with no way to get to the menus. I believe the disc is corrupted in some way, and it cannot load the "Don't Pirate Movies" un-skippable warnings that appear before my already purchased expensive 4K UHD blu-ray disc. I had hoped that I would be able to eventually figure out how to play this movie with persistence or another player and unfortunately the return window for my purchase passed. I don't know what I'm going to do with this item now; Perhaps a coaster?

So in conclusion don't buy this movie because you might end up with a lemon.
8 people found this helpful
See all reviews
Back to top
Get to Know Us
Make Money with Us
Amazon Payment Products
Let Us Help You
EnglishChoose a language for shopping. United StatesChoose a country/region for shopping.
© 1996-2021, Amazon.com, Inc. or its affiliates