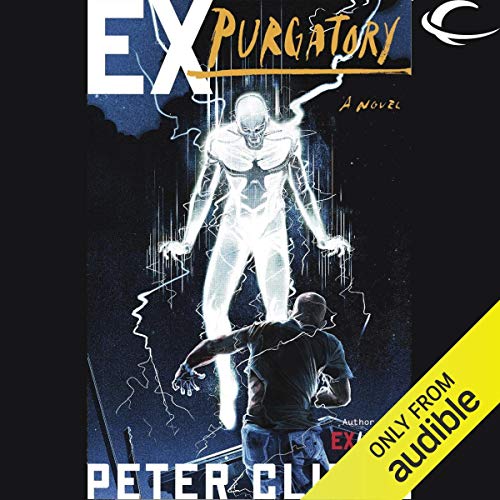 4.4 out of 5 stars
4.4 out of 5
382 global ratings
How are ratings calculated?
To calculate the overall star rating and percentage breakdown by star, we don’t use a simple average. Instead, our system considers things like how recent a review is and if the reviewer bought the item on Amazon. It also analyzes reviews to verify trustworthiness.
Top reviews

Mike watkins Jr.
4.0 out of 5 stars The only truly great book in this series...could argue the 3rd book came close to that but yeah.
Reviewed in the United States on May 30, 2020
Verified Purchase
Pros:

1. The book introduces us to a new setting with characters in new "positions"

The book (as the description indicates) throws you into "another world" where George is a janitor working to pay the rent, Madalyn is in a wheelchair, Stealth is a legit celebrity, etc. Moreover, there are various interesting side characters that are introduced in this new setting. People who didn't like this book were fine with the same repetitive "on the mount" "battle it out" scenario but in my opinion that was getting played out. This book provides a much-needed shift in the right direction.

2. Once again Peter provides a very creative title that you only uncover the meaning of towards the end of the book. Morever, this book (as my description in my first pro gives) creates a sort of Matrix-like vibe...and oftentimes you see flashes of the world we read about in books 1-3 as the characters begin to regain certian memories.

3. Out of all the books...this one is the most creative in terms of how it plays out.

1. Once again the relationships between characters aren't emphasized/showcased or developed to the way they should be this far in.

2. The final battle in this book wasn't as interesting as any of the final battles in the other books within this series....I mean it was good but not as good.

3. I was kind of hoping we would get to learn more about Zap in this book...generally the character featured on the cover of each book gets emphasized more but that wasn't the case here. Outside of what Zap looks like in human form...you don't learn all that much about him here.
Read more
One person found this helpful
Helpful
Report abuse

F
2.0 out of 5 stars It is sad, but I did not like this one, trying to keep spoiler free
Reviewed in the United States on March 30, 2018
Verified Purchase
It is rare that i ever skip pages i a book i read, but i did it allot in this one.
The setting could only be a few things, and for me it was not hard at all to guess it, and even worse was all the bla bla that the characters ofcorse had to do, as they always do, and none of it matters because you know.
As such I did not at all enjoy some of the obvius and lenghty conversation bits.

And sadly the least likable super bad turns up again, and again the heroes do not have the obvius smarts to actually take his power into account before confronting him.
And yet again that super bad is not dealth with, so it is GUARANTEED to pop up in future books, again.

Most of the book reminds me so of one of my most hated book endings tropes.
May have been coloring my enjoyment of it, but it is not all bad.

The ending battle action sene was cool, but again i felt like the author made the heroes stupid just to have it drag out and be more epic.
And to get a ver 2.
Read more
One person found this helpful
Helpful
Report abuse

MagePro
5.0 out of 5 stars The Ex-Heroes Go To "Paradise"
Reviewed in the United States on October 29, 2016
Verified Purchase
Ex-Purgatory: A Novel by Peter Clines is a great book to follow the events at the Mount after Ex-Patriots. The story twists and turns and you never know just what is going to be thrown at our heroes next. Throughout the series there are NOW and THEN segments. The THEN segments work as flashback stories. However, in this 'episode,' we are never quite sure what is going on until the end. The suspense is riveting as the characters and us as the readers attempt to figure out just what is going on. At first, it feels like the book is entirely a THEN segment, but subtle events and clues begin to slip in that tell us that this is something different.
Like a fine wine, it has a wonderful finish that is literally a kick out the window. It is wonderful to see more of the background of the main characters as well as a clue as to what happened before the Mount. It compliments the previous books of the series and does a wonderful job in setting up reader for an extra special treat for the next in the series, Ex-Ise (that I also highly recommend!).
If you are looking for another review that is just a repeat of the books' blurb or telling of spoilers in this review, sorry. The proof of quality is in the pen of Mr. Clines. But, I will say that even though I have mentioned that there is Some violence, I have to qualify by saying that this is a series about super powered or skilled individuals who have to destroy zombies (or Ex-Humans) to survive. Mr. Clines does not typically dwell upon the Graphic of the violence, but spends more time describing who these poor victims of the Ex-Virus were. This is the part I find most important to this series. He tells a story of who these people were in the descriptions and how the heroes are not cold, methodical destroyers. They see the animated bodies of real people and what lives they used to have.
In our society today, it seems like there is so much political correctness that knowing where to draw the line in a review about what should be considered "sexual content." In this story in the Ex-Heroes saga, there are implications about sexual content, but Amazon has not expressly defined what designates each level. There are other books that like to describe in great detail, "sexual content" but this one does not.
Read more
One person found this helpful
Helpful
Report abuse

Kindle Customer
3.0 out of 5 stars Not as good as his other work I've read
Reviewed in the United States on May 14, 2019
Verified Purchase
I enjoyed 14 and The Fold. This is the first book I have read in the Ex series, and I am not much of a zombie book fan. As I had not read the previous books, I did not start out with a connection to the characters, which may have made the experience a little better. From my standpoint, for most of the story, I saw a guy attacked by zombies which seemed to pose no threat to him, so there was little suspense, excitement, or anxiety from that quarter, maybe just disgust. As for the zombie fight scenes, compared to TV, there's no visual stimulation, and if it was on a TV, I'd be fast forwarding thru those scenes anyway. It's not like it's a match of similarly skilled/powerful adversaries. The revelation was interesting at the end. To my chagrin, the villain is put on ice at the end, rather than permanently disabling his ability to talk, so I'm guessing eventually he'll escape and cause problems again, possibly because they won't make a rule that you don't go into his room without hearing protection. I wouldn't be so squeamish about rendering my enemy powerless. If he had instead defeated the heroes, and got away, at least it need not be thru the stupidity of his captors. I'll try the first book in the series, and see if it's any better.
Read more
Helpful
Report abuse
See all reviews

Lee
5.0 out of 5 stars Brilliant story
Reviewed in the United Kingdom on January 29, 2014
Verified Purchase
The Ex novels get better and better with each consecutive novel. No spoilers but as the Ex universe grows there is more scope for larger stories with more characters. This novels takes a slightly different approach to the previous ones and that is a good thing as it keeps the story fresh and better yet keeps the reading guessing as to what is going to happen next.
Can't wait for Ex 5 to be released and surely by now someone must be looking at this series as a possible movie or even tv series?
Read more
Report abuse

blindluck
4.0 out of 5 stars great, again!
Reviewed in the United Kingdom on April 9, 2014
Verified Purchase
Had a little trouble getting into this one as the overall tone changed a bit. That said, once the action started to begin and the story ''matured' I enjoyed it. The pace picks up in the third section and the formula continues much as it has in the other books of the series.
To some degree the finales have become similar but then the heroes have a set of abilities that in someway dictate this. All in all another good heroes vs undead outing.
Please remember to read the books before this first as the story continues!!!
Read more
One person found this helpful
Report abuse

Mrs. Sarah E. Harper
5.0 out of 5 stars Great series
Reviewed in the United Kingdom on March 13, 2015
Verified Purchase
Enjoyed the whole series. Although not completely original subject matter, the books are still fresh and engaging. Can't wait for next book to come out.
Read more
Report abuse

S Brown
5.0 out of 5 stars Excellent continuation of the series
Reviewed in the United Kingdom on March 3, 2014
Verified Purchase
I've got two young kids. Normal pattern is download a book and read it in 5 minute chunks when I get a chance. I read this in 3 hours straight. Worthy #4, looking forward to#5.
Read more
Report abuse
See all reviews
Back to top
Get to Know Us
Make Money with Us
Amazon Payment Products
Let Us Help You
EnglishChoose a language for shopping. United StatesChoose a country/region for shopping.
© 1996-2021, Amazon.com, Inc. or its affiliates