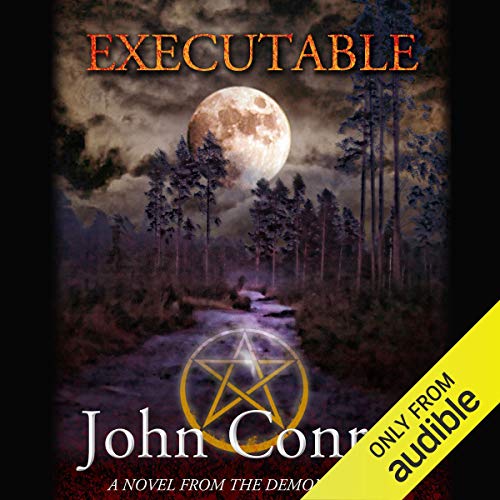 4.6 out of 5 stars
4.6 out of 5
425 global ratings
How are ratings calculated?
To calculate the overall star rating and percentage breakdown by star, we don’t use a simple average. Instead, our system considers things like how recent a review is and if the reviewer bought the item on Amazon. It also analyzes reviews to verify trustworthiness.
Top reviews

larry
5.0 out of 5 stars A must read...
Reviewed in the United States on January 18, 2014
Verified Purchase
Followers of Demon Accord novels might think this merely a side-line story -- they'd be wrong.

We first briefly met Declan and Caeco during Toni's rescue within "Fallen Stars". This is a back-story, from Declan & Caeco's first meeting, through their intersection with "Fallen Stars", concluding just after "Fallen Stars" conclusion.

As the author mentions, this novel is somewhat of a risk for multiple reasons. First, the story is being told from someone other than Chris's perspective. Second, it raises former minor characters to main character status. Third, it expands the context of John. Conroe's "Universe" with the inclusion of the additional perspectives.

This is also John's first attempt at storytelling from multiple points-of-view within the same novel. Declan's is the main POV, but glimpses are also shown from multiple antagonists. In general, this is a more difficult method of storytelling, forcing the author into maintaining the timeline, and the author and reader to visualize via multiple "voices".

Overall, the story is extremely well done. It begins somewhat slowly, normal with initial character introductions, but picks up pace rapidly. Toni's rescue, the intersection point with "Fallen Stars" is superb -- we see Chris (and Tanya & "sos") from an entirely new perspective, and gain a much greater understanding of Chris along the way.
Also "along the way", we find that Declan & Chris have more than a few things in common -- both raised by guardians rather than parents, both extremely powerful in their own ways, and both forced to fight potential evil from their strongest opponent -- themselves...

John has offered us his longest novel, at the same (low) price. Quite a value, and an excellent read...
Read more
43 people found this helpful
Helpful
Report abuse

William Setzer
1.0 out of 5 stars Not Bait and Switch, But It Feels Like It
Reviewed in the United States on June 7, 2020
Verified Purchase
I discovered the Demon Accord series by accident, and devoured the first five books in two days. Then I start book six, and find out that I've got a brand new protagonist. I know, it's my fault for just buying "the next book in the series" from the ratings page of the Kindle instead of reading the description, but I like not being spoiled.

And, as a probably unpopular opinion, I feel it's an a**hole move by an author to just switch out protagonists while keeping up the name of the series the same. So many do it and it's infuriating every time. I suppose the ending of the 5th book was sufficient enough for me to wrap up this series, because I glanced at the future books and it looks like multiple protagonist swaps all all the way down. At least have the common decency to give each person their own series.
Read more
2 people found this helpful
Helpful
Report abuse

Denny DimwitTop Contributor: Fantasy Books
1.0 out of 5 stars Skip this - it will ruin the series. Readers who enjoy daytime soaps, 90210, and Harry Potter might enjoy this.
Reviewed in the United States on January 10, 2018
Verified Purchase
I've been reading Conroe's Demon Accords series (in order) and enjoying them. This is, supposedly, the 6th book but is about two (new) characters (they both appear at the end of book 5, in bit parts) - this book describes how they got there. The problem? Well, for me it's simple. I really dislike stupid. This book's characters all seem to have the IQs of turnips - at least if you judge it by their conversations. The "authorities" are grossly incompetent. Come to think of it, the government in ALL of this series is grossly incompetent. I've not finished this book. I've gotten half way and will try to skim thru the rest of it, but what reading it has done for me is to make the entire series LESS fun. It has so accentuated the cartoonish, stereotypical and down right dumb plot devices of the series that I'm now wondering if the 7th book (which is on the "main track") will be enjoyable - or my last purchase of his work. My recommendation? If you enjoy stories written at the middle-school level, you may enjoy this. For those who prefer plausible fantasy worlds, and have read the first 5 in this series, skip this tripe.
(One of the minor plot devices is a school yard bully who assaults Caeco (already being an enemy of Declan's). Wait, it gets better. His dad is a wealthy (of course, we all know how evil the rich are) lawyer (evil squared) and his mother head of the PTA (evil cubed, I guess) and a gossipy manipulator). OK, so far? One of his endearing behaviors is to make a fist "gun" and "shoot" kids he is trying to intimidate. This is in a high school 250 miles from Sandy Hook and 2 years after (if we assume the action is taking place in 2014). Did I mention he is captain of the H.S. football team? oh, it is *awful*. Conroe should be very embarrassed by this rubbish. I'm certainly disappointed and wish I'd never picked it up.)
Read more
11 people found this helpful
Helpful
Report abuse

Chevalier De Dieu
5.0 out of 5 stars Bridge under construction
Reviewed in the United States on January 20, 2014
Verified Purchase
John Conroe has become my favorite author. Primarily, it is because of the character (both in the author sense and the moral sense) of Christian Gordon. I am hooked on that particular member of the storyline he is creating. Chris is important in this latest book, but he isn't the main character. That said, I enjoyed "Executable" for all of the "other" reasons I enjoy John's books. The dialog is crisp and clever; the descriptions of events (especially any relating to weapons or martial arts) are accurate, educational, and (above all) entertaining; the "science" basis of the supernatural is refreshing and grounds the whole work. Although I always want more of Chris and Tanya, I respect and enjoy John's expansion of the characters and the connections to other scenarios he would like to explore. For instance, his "Black Frost" book contains few reference point to the "Demon Accord" series, but it does contain a few important ones. And I have come to regard it as an excellent story on its own. This story "Executable" seems to be the preparation to bring his various story lines together (hence my review title). It is hard to fault the book or author when the only crime is that I want more now, and I have to wait. Write on John - I'll be waiting as patiently as I can for your next work.
Read more
12 people found this helpful
Helpful
Report abuse
See all reviews

Diana Fleming
2.0 out of 5 stars Hard to rate
Reviewed in the United Kingdom on July 20, 2014
Verified Purchase
I found this one hard to rate.

The problem is that the book really contains two stories. The main one is good enough. Interesting characters with unusual enough powers to hold the attention. Their only flaw is a tendency to sit around recapping everything that you've just read. Aside from that, the action is okay and the plot moves on smartly.

Perhaps a little too smartly because after the story reaches its conclusion, a completely different one starts up. New enemies appear, a new problem is posed and an entirely different adventure begins. This one is shorter and, to me, really hard not to get annoyed at because of all the twee fake Irish people. They don't actually say 'begorrah' but it's a close call. (I should add that I'm Irish so I may be a little biased.)

My overwhelming impression at the end was: the author wrote a decent book then someone decided that it wasn't long enough so he tacked a half hearted second story onto the end. I'd give the first part of the book 3.5 stars and the second part 1 star. Settled on 2.

Also, for the love of the gods, would someone teach the author the difference between 'then' and 'than'? Thanks.
Read more
One person found this helpful
Report abuse

Kindle Customer
4.0 out of 5 stars Enjoyable, exciting story.
Reviewed in the United Kingdom on February 26, 2019
Verified Purchase
Great story, well paved with now familiar characters. Unfortunately a few spelling/grammatical errors that interrupt the flow when you stumble across them.

A few twists in places but a little predictable in others.
Read more
Report abuse

H
5.0 out of 5 stars Super series.
Reviewed in the United Kingdom on November 29, 2017
Verified Purchase
Unputdownable. I have enjoyed the whole series of these books. They just gallop along. Got into them as someone recommended them if you like the Hellquin novels. Can't wait for the next one. My husband is now equally hooked.
Read more
Report abuse

Kindle Customer
4.0 out of 5 stars Slight dip in quality
Reviewed in the United Kingdom on July 22, 2016
Verified Purchase
Shifting what was an adult series into something much more YA made for a strange development so far into a series, but it more or less worked. I will continue but I admit I'm a trifle uncertain about how this will now develop further. The series has been so good till now I'd hate to see it decline.
Read more
Report abuse

Medwayblues
4.0 out of 5 stars Different but enjoyable to read
Reviewed in the United Kingdom on March 17, 2016
Verified Purchase
I thought I was reading the wrong book were was Chris ,Tanya,SOS but this is about two other people we meet in the previous book . I was not sure if I was even going to read it but I stuck with and by the end I had enjoyed reading it . it is different to the other books so I expect these two characters to appear more in the series
Read more
One person found this helpful
Report abuse
See all reviews
Back to top
Get to Know Us
Make Money with Us
Amazon Payment Products
Let Us Help You
EnglishChoose a language for shopping. United StatesChoose a country/region for shopping.
© 1996-2021, Amazon.com, Inc. or its affiliates