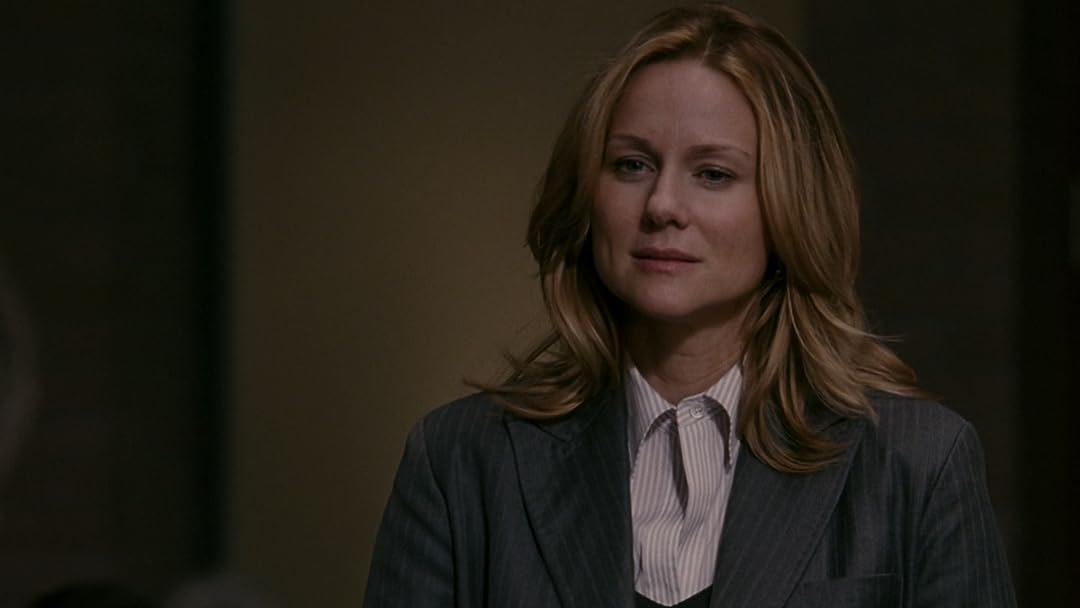 The Exorcism of Emily Rose

Writers Scott Derrickson and Paul Harris Boardman really do justice to the tragic real life story of Anneliese Michel, here renamed as Emily Rose. Whether you believe in demonic possession or her epileptic seizures as explanation for her death, The Exorcism of Emily Rose shows deep empathy for her clear suffering and ghastly injuries before her horrifying death. Derrickson and Boardman find a nice balance of science versus religion in their reasoning in the trial so that you can decide for yourself what really occurred with logical or faith based perspectives in sight. I found the character drama fascinating and moving within Derrickson and Boardman’s writing and spiritual horror. The unholy findings of the priest are shocking between his account or the audio tape and seeing Derrickson bring it all to life is genuinely disturbing.

Laura Linney is fantastic as self-serving lawyer Erin Bruner defending a priest during a wrongful death due to an exorcism and ended medical treatments. Linney finds a respectful middle ground between skeptical agnosticism for her shrewd defense lawyer as well as a profoundly sympathetic ear to Father Moore’s story of demonic possession. Linney finds faith and fear in an effervescent performance. The Exorcism of Emily Rose is one of Linney’s finest roles as an actress. Tom Wilkinson is captivating and touching as the faithful priest Father Moore. His portrayal of a priest performing a chaotic exorcism is shocking, but also moving when he’s testifying on the stand at trial. Wilkinson brings a serious gravitas to Father Moore I found compelling.

Campbell Scott’s cruel and manipulative prosecuting lawyer Ethan Thomas is infuriating with his outrageous objections and hypocritical attacks on Father Moore’s faith and conduct in attempting to save the life of a young girl. Jennifer Carpenter is outstanding contorting, writhing, and screaming in agony as the possessed Emily Rose. I found Carpenter a serious heroine who is sympathetic and far beyond mortal help. Kenneth Welsh is excellent as the overly confident Dr. Mueller. Mary Beth Hurt is rightfully indignant as Judge Brewster in disbelief at these outrageous legal arguments. Colm Feore is great as the scumbag law firm head pressuring Laura Linney towards a flawed argument. Henry Czerny’s testimony is fascinating when he takes the stand as a psychologist doctor specializing in epilepsy and psychological medicine. Shohreh Aghdashloo has a fun testifying scene talking about exorcisms within various cultures. Duncan Fraser is thoroughly frightened for his life as he witnessed the exorcism in question. He portrays his shrink as visibly shaken by his experience.

Editor Jeff Betancourt slickly transitions between flashbacks, hauntings, court dates, and memories with ease. I like the slow burn pace that keeps The Exorcism of Emily Rose moving along steadily for 122 minutes. The steady and creative cuts show off evidence and paranormal happenings with an eerie realism. The conversations can breathe and there’s not incessant cuts during the scares.

Cinematographer Tom Stern’s gripping wide shots are all stunning. The slow panning shots to the fast chaotic whipping shots during the barn sequence of the exorcism are frightening. I love the slow pans around Laura Linney’s apartment when she’s haunted. The Exorcism of Emily Rose looks creepy with dark shadows cascading all over and visually imaginative shots. I’m very impressed with how fearsome or atmospheric every shot still looks. The close-ups and medium shots are breathtaking and look refined and elegant to me to allow for engaging raw emotional performances.

Composer Christopher Young’s symphonic score is gigantic and haunting. His dark and serious music adds intensity to the exorcism and demonic possession sequences. He creates a mournful atmosphere to all the paranormal scenes haunting the characters throughout The Exorcism of Emily Rose. Christopher Young’s creative score contributes a scary vibe that lingers long after the film is over.

Sound designers Richard C. Franklin, Jussi Tegelman, Marti D. Humphrey, Paul N.J. Ottosson, and Todd Grace pull off a sort of magic trick by recreating Emily Rose speaking in tongues, ancient languages, and using split voices. The fading voices in and out for the demonic voices is eerie and unsettling to the core. Their overall sound design and mixing is very creative and effective for The Exorcism of Emily Rose.

This movie has excellent acting which gives it a solidity that is very appealing. But for a movie centering on demonic possession, I didn't find it scary or even slightly creepy.

The two top films about demonic possession, in my opinion, that are rich with scare and chills are the original "The Exorcist" and "Session 9". Those two really tower over all the rest. "Dominion" is good, too.

I'm not sorry that I saw this film, but it failed to creep me out.

Michael M.Reviewed in the United States on September 23, 2022
4.0 out of 5 stars
Chilling
Verified purchase
It's a chilling story. Done well

Phil GarReviewed in the United States on August 8, 2022
4.0 out of 5 stars
As a movie with the basic story/concept it is worth the watch.
Verified purchase
I am sure there is much more to this, meaning, the original story, etc. And, of course, some will believe in certain things, and some will not. Still, worth the watch because, IMO, it is not a movie that will insult the intelligence, beliefs, or non-beliefs of anyone.

Vince WReviewed in the United States on August 4, 2022
5.0 out of 5 stars
Another Excellent Performance by Laura Linney
Verified purchase
I love this movie very much not only because the performances by Laura Linney and Tom Wilkinson, but also the profound way the script is written, which is objectively told a story that intertwined with God, Demons, spirituality, your believe, and worldly judgement. It simply walks you through what did happen to Emily Rose, and it's your own measure of what really happened to her....Well Done.
One person found this helpful

JeffReviewed in the United States on August 3, 2022
5.0 out of 5 stars
Riveting True Story
Verified purchase
Excellent production that holds your attention from start to finish. Some very mild profanity in the first few minutes and none thereafter. No sexuality or nudity. A great courtroom drama. Too intense for young viewers as it would give them nightmares.

Kenneth NicholsReviewed in the United States on August 28, 2022
5.0 out of 5 stars
Pretty good
Verified purchase
I enjoyed the movie.
See all reviews
Back to top
Get to Know Us
Make Money with Us
Amazon Payment Products
Let Us Help You
EnglishChoose a language for shopping. United StatesChoose a country/region for shopping.
© 1996-2022, Amazon.com, Inc. or its affiliates