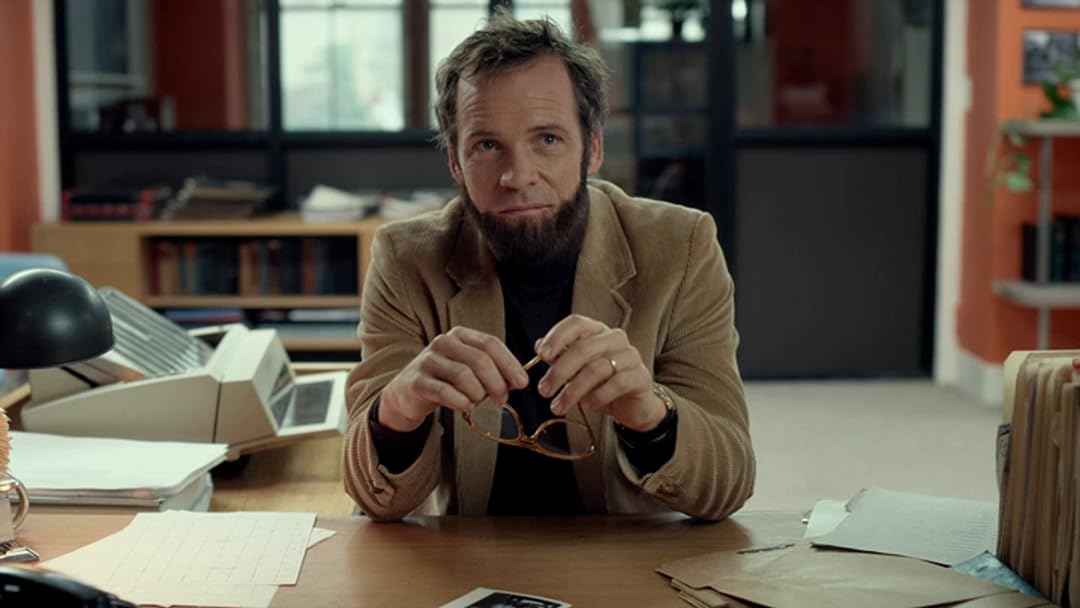 (347)6.61 h 38 min2016PG-13
Stanley Milgram (Peter Sarsgaard) conducts an experiment in which people think they're delivering electric shocks to strangers. Ignoring pleas for mercy, most subjects don't stop because they've been told to go on. With Winona Ryder and Jim Gaffigan.

Nyx KReviewed in the United States on November 3, 2020
5.0 out of 5 stars
I enjoyed this movie
Verified purchase
I never looked in to the history of this man or to find out information about the study personally. But I really love and enjoy this movie, which lead to me buying it. Its concept and what goes on should stir the pot and get your mind flowing on the possibilities of what could cause someone to not question whether what they are being told do to is wrong and whether they actually think for themselves. Also what does it take for someone to wake up and realize they have a choice to stop and walk away. I feel such tests and studies are vital to understanding things that happen when it comes to human nature. Human behavior in general has always fascinated me.
4 people found this helpful

JulietteReviewed in the United States on October 14, 2020
5.0 out of 5 stars
Wonderful informative breakdown of one of the most known and interesting studies on human behavior
Verified purchase
Very creative, beautifully shot, well-acted film with some gorgeous tender and terrifying moments. Most of us known Milgrams experiments, particularly the Stanford experiment, but I hadn't thought much on the backlash he faced from them, which is an interesting experimental topic itself! People being unable to face the information hos results yielded and instead of trying to demonize and debunk him. It's sad to think of the sheep mentality and humans being so eager to follow orders without using the insight to evolve for the positive, but become defensive, but this was wonderfully told. Sensitive to the subject and the understanding behind Milgrim's curiosity of the human capability of doing evil acts by separating themselves from the act because they were told to. We see it all the time in the medical and corporate fields all the time yet little seems to have be done to better this in the human condition.
4 people found this helpful

neognomicReviewed in the United States on January 16, 2021
5.0 out of 5 stars
4.25
Verified purchase
If one is unaware or only vaguely familiar with the Milgram experiment(s) on obedience to authority it's an important watch. If one has any familiarity Milgram experiment(s) on obedience to authority then this is boring. The only highlight being the other social experiments are mentioned but not shown in any more detail than what one might expect out of a magazine like Variety or Wired. They are covered somewhat less than what Psychology Today might cover if any were the topics of an article.

Still, if one is having trouble coming to grips with the current state of madness in America, it may provide some insight to understanding and coping so regardless of familiarity with subject matter or the humdrum plodding of the script and one-sided viewpoint(Milgram is scripted as the narrator after all), it is worth the 1.5 hours. ...providing one is willing to think about and/or discuss how "obedience" could be the means behind the madness.

~ XLNTMOMMY ~Reviewed in the United States on September 20, 2021
2.0 out of 5 stars
* Yawn * sorry this could hav been a decent film ..
Verified purchase
great premise but poorly executed ..

a *yawn* fest that Im surprised someone of the level of winona ryder starred in ..

jim gaffigan is the Worst ! stick to stand-up jim ..

this could hav been a fantastic movie .. but it was just done horribly wrong .. from script to developing characters to, well, everything !

the actual milgram experiment is highly in question as far as controls, trials, etc. for legitimate results , (results which do hav a basis, but the experiments protocols are what is debated ..) then decades later we find this slanted by hollywood, drama-based, overly-emotional, artsy-fartsy-bordering-on-pathological-ridiculousness film that doesnt really go anywhere besides (you guessed it) back to the original, controversial experiment .. they stretched it outttttttt to fill in the time for a full-length movie .. *yawn *

again, Im highly surprised winona ryder starred in this, Im sure she thought it would turn out far more sophisticated than what the final, badly edited, scripted-for-mannequins version would reveal itself upon release .. its like the really spastic kid at school trying to be cool .. sorry, it just doesnt gel .

waste your time if you want, but this one is just not done well on any front .. 2 stars .

Blackjacx1Reviewed in the United States on November 8, 2020
5.0 out of 5 stars
Puppets with strings... if you can see the strings, you can live without them.
Verified purchase
Such a good movie.

Well written, acted, directed, scored, and take something that should be horrifying about human kind and makes it less frightening.

There are plenty of ways we should USE this information. Who is our authority in our life? Why do we choose to do things in the way they are done? If we are geared for connection, why do we avert from connecting?

It's not a typical drama; and that's a good thing in my opinion.
2 people found this helpful

Beth JacksonReviewed in the United States on June 9, 2016
5.0 out of 5 stars
Great movie - excellent quotes and words of wisdom.
Verified purchase
Great movie - excellent quotes and words of wisdom. I enjoyed watching this movie - it was not suspenseful, it was not written as a drama or thriller -- it is more of an exquisite documentary (or rather, auto-biography) of a brilliant man. The only additional thoughts I had after, while watching the ending last few minutes, I began to wonder if the main character was ever truly happy in his life. He spent so much time watching and observing others, looking into others - but did he ever watch and observe his own life, and then actually be part of it?

One of my favorite quotes:
Stanley Milgram: I hit this line about child development. It's the specific point when the growing child is able to recognize a gap between what exists and what might exist. And it occurred to me, we choose our reality when we choose another person.
Alexandra 'Sasha' Milgram: What does that mean? Marriage is not a fantasy.
Stanley Milgram: No, no, no, right. Right. But it is a choice. You have to know that I choose you. Every day I choose you.

We choose our reality when we choose another person. Marriage is not a fantasy. But it is a choice. And every day, I choose you.
8 people found this helpful

Joseph WronkaReviewed in the United States on January 25, 2016
5.0 out of 5 stars
A little "quirky," but good, nevertheless.
Verified purchase
A little quirky, but good, nevertheless, especially in its substantive message about conformity to authority and peer pressure, that just an "average Joe" can inflict pain when following orders and cave in to peer pressure. One "clincher" was when roughly in the middle of the film, the experimented mentioned that not one person went beyond the barrier to see how the "subject" was doing, after allegedly receiving shocks, some rather severe with subjects exhibiting rather excruciating pain. It was also somewhat entertaining (but admittedly sad also) to see how "subjects" would engage in conformist behavior, saying, for instance, that lines, that were obviously the same length, were of different lengths, after giving into peer pressure. Funny also to see how someone entering an elevator would face the back of the elevator, following the lead of the "confederates" of the experimenter. Controversial? Yes? But it is good to know that this experiment is shown to generals, showing how much influence they can have on their troops. I think, however, that the film could have been enhanced as I recall from my undergraduate days, that people would stop giving shocks when someone would walk by nonchalantly (also in cahoots with the experimenter) and said "Please, stop." Then, they would stop. Quite the lesson to be learned, to speak up!
5 people found this helpful

doogiesmomReviewed in the United States on September 22, 2021
5.0 out of 5 stars
So interesting to watch in a post Trump/Capitol Riots world...
Verified purchase
I knew nothing about this scientist. I think I'd heard of the experiments but really didn't know the details. I loved the acting and the portrayal. Folks who said it was slow/bad acting I just don't get that. Not every film needs to blow things up. I think the honesty about human nature is fascinating and terrifying. It def explains why so many people went along with Hitler. The same for Trump. I think most people are lemmings and don't want to stand out or have FOMO. Our world has truly turned into Lord of the Flies. Try to be different or have a different opinion and you get attacked or cancelled. Very scary... and not a way forward.
See all reviews
Back to top
Get to Know Us
Make Money with Us
Amazon Payment Products
Let Us Help You
EnglishChoose a language for shopping. United StatesChoose a country/region for shopping.
© 1996-2021, Amazon.com, Inc. or its affiliates