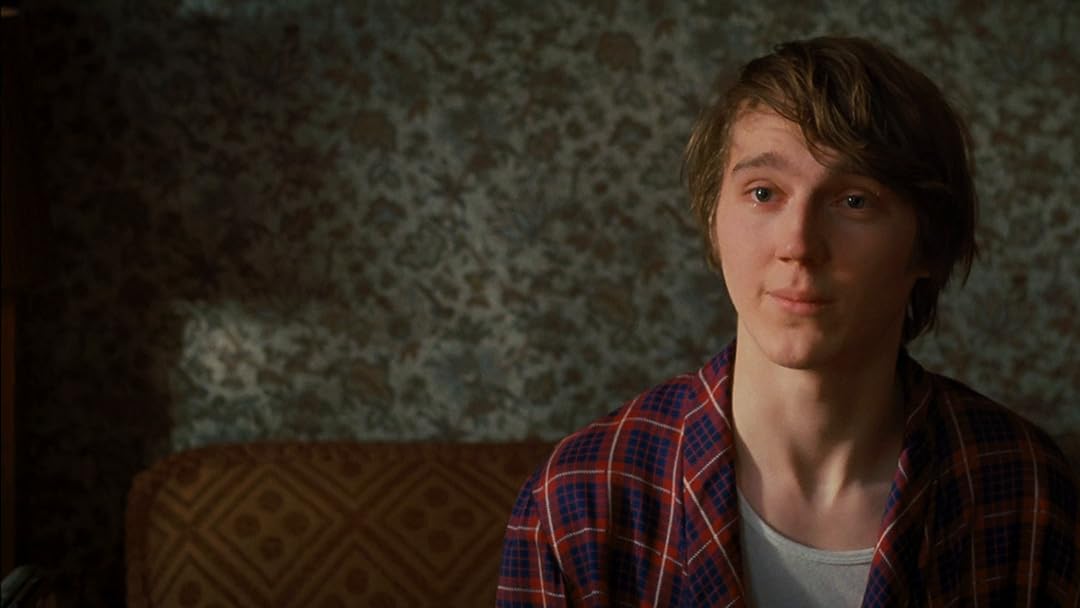 (152)
5.81 h 47 min2010X-RayR
Kevin Kline leads an all-star cast as a playwright making a living as an escort to wealthy society widows, who forms an unusual friendship with an aspiring young writer in this charming screwball comedy.

Easygoer1Reviewed in the United States on June 21, 2021
4.0 out of 5 stars
Don't believe the reviews
Verified purchase
This Movie is highly creative quirky eccentric and if you don't get it you have no imagination no sense of playfulness. It's completely off beat and fun Kevin Kline is brilliant if you're looking for something more than that look elsewhere but if you appreciate movies with a playful wit then this is great
8 people found this helpful

R. E. RashkinReviewed in the United States on December 19, 2020
1.0 out of 5 stars
You can do better
Verified purchase
Can't give you a full report on this movie: my wife and I quit watching about a third of the way through. So everything I say below is from that vantage.

The plot is that an uninitiated young man makes his quest to New York City and finds a room with a down-at-heels sophisticate, who schools the tyro in smarmily gaming the city and its culture.

You can't go completely wrong with Kevin Kline. But this is certainly the least successful, least engaging, role I've seen him in.

Paul Dano, the second male lead, is OK too -kind of an interesting actor, actually. And Katie Holmes seemed like she was going to turn in a good performance.

Shortly before we bailed they introduced a subplot that felt just scotch-taped in there so it would be kinky. That was the last straw we needed to drive us to exit.

Not only were we not attracted to this kind of thing, but the movie could have gotten along fine without it- would have been considerably better, in fact.

So it was exhausting, as was everything else in this production. Even Kevin Kline's charm could not make anything that happened believable or involving.

If you want an older-and-wiser-man- takes‐on-a-protégé-in-the-big-city motion picture that will resonate with and inspire you, check out Finding Forrester.

sharonReviewed in the United States on June 24, 2021
5.0 out of 5 stars
THESE QUIRKY CHARACTERS ARE A BIT PAINFUL TO WATCH, BUT
Verified purchase
I have no doubt that people similar exist, in one form or another. Most, if not all characters, seem to be struggling to walk the tight rope between eccentricity and insanity, while keeping the bills paid and maintaining social status. I was a bit concerned by the off-ness of the individuals but it is a great expose of some of the less obvious traits of an odd collection of people and their "friendships".

Cars die and an elderly lady, but for the most part, aside from a few snarky comments, these humans portrayed are pretty civilized. Dano and Kline carry us through this story with great acting chops, and all the supporting characters are equally fun to watch. I imagine this was a fun film to make. It could have been very dark.

Glad the creators of the film chose to keep things relatively humane. It's being called a comedy, but much of it was painful human struggles that left me with a sense that kindness and manners are so important in a world filled with fragile people.
2 people found this helpful

Amazon CustomerReviewed in the United States on July 3, 2021
4.0 out of 5 stars
take it for what it is
Verified purchase
this film really wrote the book on quirky. not so much for a literary reason, but these characters are quirky just for the fun of it. perfectly cast, with dano and kline turning in pitch-perfect performances. you will constantly ask yourself why a certain character is doing something, only to turn around and laugh at yourself for even bothering to ask. this film is just plain fun - don't ask why.
5 people found this helpful

TomDWReviewed in the United States on July 22, 2021
4.0 out of 5 stars
Quirky fun
Verified purchase
The first portion of the movie is especially odd and deliberately unusual as it presents a young man who is uncertain of who he is. I found it difficult to watch but mainly due to the pain and confusion he was facing and the odd choices he made and pain he put himself through on his road to discovery.
spoiler alert:
But the end of the movie makes watching the first part all worthwhile as three misfits (struggling to be their unique selves) find a way to exist on their own terms in this cookie cutter world. And in the shared challenge of being misfits, they find friendship and companionship with one another.
One person found this helpful

P DunawayReviewed in the United States on August 4, 2021
4.0 out of 5 stars
Unpredictable and funny
Verified purchase
I almost gave up on this, but the cast is so great, I wanted to see how it ended. It is really quirky, almost too quirky, but when you put all the parts of it together, and integrate the activity, it's really intriguing. There are several plot twists, and basically it's about differences and acceptance of them, whether it be friends, or places. There's a lot to living, and this movie explores that from a fun point of view. .
2 people found this helpful

RoseReviewed in the United States on August 16, 2021
5.0 out of 5 stars
Creative and good charater study.
Verified purchase
Excellent acting and a very interesting story line. Great movie that focuses on character development. Not as unlikely as some might think. Comparative to Novels with colorful characters who struggle with understanding themselves. Too bad so many people do not get it. The acting was excellent.
One person found this helpful
See all reviews
Back to top
Get to Know Us
Make Money with Us
Amazon Payment Products
Let Us Help You
EnglishChoose a language for shopping. United StatesChoose a country/region for shopping.
© 1996-2021, Amazon.com, Inc. or its affiliates