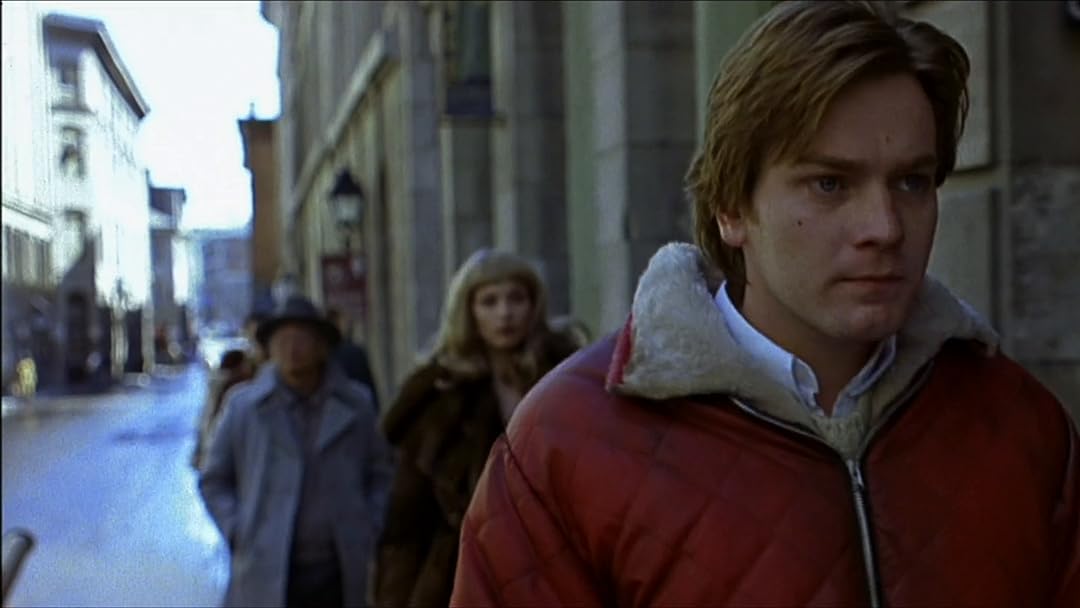 Eye of the Beholder

(400)1 h 41 min2000X-RayR
The Eye (Ewan McGregor) is an intelligence agent whose current assignment is to track Joanna Eris (Ashley Judd), a woman suspected of blackmailing a senior government official. But the Eye soon learns that Eris is far more than a blackmailer. As he follows her, he becomes fascinated with what he sees. Soon his surveillance becomes a deadly obsession.

EspressoLoverReviewed in the United States on November 1, 2020
1.0 out of 5 stars
Terrific cast and filming but the plot is total nonsense
Verified purchase
I watched the whole thing just because I like Ewan McGregor and Ashley Judd and always enjoy their movies, even the quirky ones. But this is beyond quirky - it's so preposterous that I couldn't tell if it was supposed to be a dark comedy or if the story was supposed to be serious. It was filmed wonderfully and had a real Hitchcock sort of feel to it. I'd be pretty upset if I'd paid to see it (Google tells me that it was number one at opening week at the box office but was a financial flop). If you have Prime and it's free (and if you're bored and like Ewan and Ashley as much as I do) you might enjoy it
13 people found this helpful

PDXFoxReviewed in the United States on March 19, 2017
5.0 out of 5 stars
A twisted romance for a depressive escapist--one of my favorites!
Verified purchase
This is a sad, eerily romantic, beautifully scened film. It's a bit Hitchcockian but with a modern, existentialistic type of sad, buttered with a needy romanticism. That probably sounds complicated, but this film is complicated in regards to emotions. Though framed in a simple action thriller plot, this film pulls on the heartstrings of the dark parts of my heart. I watch this film easily once a year when my mood steers towards depressed, and the drive to escape my day-to-day overcomes me. Joanna Eris is an extremely complex individual that slips easily from one identity to another. I would envy her if not for the murdering parts.

I rarely leave film reviews, but I just had to in this case. I'm not sure why so many didn't like this movie. It's one of my favorites. And yes, I love Citizen Kane, Casablanca, The Color Purple, etc. The point being usually my opinion isn't completely out of sync with top reviewers. Apparently, this one is the exception. Rotten Tomatoes gives a 9% with the critic consensus being 'improbable and muddled'. I found the plot line perfectly linear and cohesive. Perhaps the technologies were a bit impractical but really, that's not the point of the movie. Do James Bond movies get down-rated for this? No. Or most psychological thrillers? Definitely not. If you're in the mood for a twisted romance and a bit of an escape from your reality, this is one to watch.

HSReviewed in the United States on October 17, 2020
1.0 out of 5 stars
Total nonsence
Verified purchase
The plot if you can call that is muddled with such "avantgarde" effects of superimposing visions of a sick mind and reality without any reason. The effect is initially confusing and then becomes BORING. Continuous use of surveillance tools such as cameras installed in front of windows in random locations is bizarre to say the least. Overall total wste of time and intellect to try to figure out what's going on.
9 people found this helpful

MKHReviewed in the United States on October 5, 2020
3.0 out of 5 stars
Good but rather odd
Verified purchase
This is a good but rather odd fim. Doesn't quite fit into the usual categories. There is a femme fatale/ black widow on the run aspect of it but it's more psychological than that usual type story. Ian's character turns into an obsessed stalker and that is what gives it the odd aspect to it - is he looking for her to fill the void in his life? It's a rather sad study of 2 messed up individuals. Filmatically beautiful and I liked how the director/editor kept melding images together. If you are looking for a darkish moody psychological drama - this will do the trick.
3 people found this helpful

ShoePolishReviewed in the United States on December 12, 2014
5.0 out of 5 stars
Visually brilliant!
Verified purchase
At first i was skeptical about buying this movie, I'd heard that critics reviews weren't exactly praising it, rather scathing actually. But I gave in because I thought it might be a little Like Hitchcock's 'Vertigo.' I was surprised by the artsy flavor of the film, the director chose to utilize a lot of evocative, convincing, and more than slightly interesting camera angles in the telling of this story. While the plot came across as rather convoluted, and hard to figure out if there was any underlying meaning. Eye of the Beholder presents the viewer with so much information--and in such an unusual way--that long after the credits have rolled and the movie screen is black, your mind is still chewing on the delightfully, tightly knotted, and tangled premise behind the content. While i wasn't always sure where the director was trying to lead me with this story, i kept on watch (if only for the fact that the cinematography was unique had a definite Hitchcock flavor)--yes that's right there are a few shots of peoples feet walking around in this film. visually I felt like this film was a masterpiece. The actors gave good performances; even though, Ewan McGregor's was a little lackluster through most of the film; he did his best at the very end, in the scene where he rolls down a snowbank coughing like a smashed bat. if it weren't for Ashley Judd's convincing portrayal of a scheming, icy, seductress, with a subtle vulnerability, who rejects McGregor's help, then the movie's main character would have fallen flat. There is an obvious reference to Vertigo, easily noticeable, especially in the scene where the director deliberately focuses on certain San Francisco landmarks that Hitchcock used in his film. Also they added a neat little toast to the Vertigo ripoff, 'Obsession' by giving a character part to the lead actress from that film. If you don't enjoy this movie's strange story, and are driven to commit murder by the nonsensically overblown musical score--which leaves much to be desired--then you can at least revel in the Hitchcockian style, and loose yourself in the immaculate visual style of this film.
19 people found this helpful

A. Film LoverReviewed in the United States on October 7, 2021
1.0 out of 5 stars
Eye don't think so
Verified purchase
What a horrible movie this is - so, of course there are the ubiquitous five-star reviews by people who apparently wouldn't know a good movie if it was two inches from their eyeballs. There is no defending this awful mess and that includes the direction and "visuals" - both are amateur. Not really sure how these two fine actors got through this without laughing. When you have to continually ask yourself what the hell is going on something is very wrong. And then, when you realize there's no there there at all, you just feel duped. There is a reason this film tanked badly. There is a reason it was horribly reviewed at the time. It goes right to the top of the terrible pile, I'm afraid.

ZReviewed in the United States on October 14, 2017
5.0 out of 5 stars
Spy falls in love with a murderess. A must see
Verified purchase
Great spy movie where he goes off the grid and follows this mysterious woman that he attaches some misplaced design on protecting her from danger even though he witnesses her murdering men for a profit. Love this movie. I recommend this thriller.
7 people found this helpful