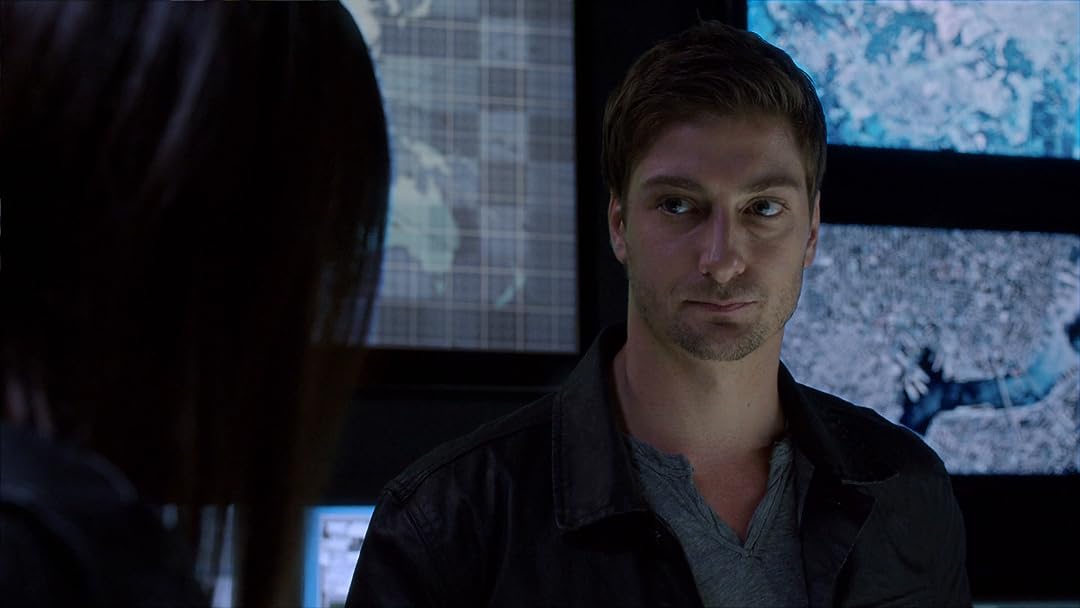 Season 1
(239)7.22015TV-14
Eye Candy centers on tech genius Lindy, who pursues online dating and begins to suspect that one of her suitors might be a deadly cyber stalker. Lindy and her cyber-police friends must band together to find out who it is.

FireHawkReviewed in the United States on March 16, 2015
4.0 out of 5 stars
Good show so far from first episode - hope it keeps it up throughout.
Verified purchase
Just happened to see Victoria Justice in the Nickelodeon "Boy Who Cried Werewolf" and looked her up and found she was in this new show. She's awfully cute so I couldn't resist checking it out. The title also reminds me of Hard Candy with Ellen Page, which was a hella crazy flick.
It's a pretty good show, better than I expected from the writeup on Wikipedia which seemed to say it should have been a Lifetime movie starring Shannon Doherty. I have to admit I actually like most Lifetime crap too, but this was far better and more exciting than those. I think this show is also far better than all of the CW's stuff. I'd rather watch 100 episodes of this than 1 episode of Vampire Diaries. I also cringed my way through most of Smallville only because I love Superman, but this is already better than Smallville in episode 1.
One person found this helpful

AmznAddictReviewed in the United States on April 28, 2015
4.0 out of 5 stars
Great guilty pleasure show, not just for tweens
Verified purchase
This is super corny (and I can't tell if it's in a good way or not). It's hard to pinpoint at first what's worse- the acting or the writing, but I think I'm going to say the writing edges out the acting just a hair on the cringe-level. The overarching story is fantastic, the premise is that the protagonist (Lindy) who happens to be some hacker genius, has an online stalker (who shows up after her friends signed her up for an online dating service) who is an even better hacker than her. The stalker is a serial killer and pretty much kills a new person every episode. It's so good because it caught me by surprise when they revealed who it was, so kudos to the writers for that. However, the dialogue is extremely cringe inducing and doesn't give the weak actors a lot to work with. I will say that Victoria Justice is excellent in this, her acting pretty much holds the entire show together.

I do love the chemistry between Lindy and Tommy, it really doesn't get better than that for any TV show. I also love that it's a short series, so there's not a lot of filler content to drag out the story line. Despite some plot holes, questions do get answered every week (when will writers learn that this is what viewers want?). Here's what's annoying: this show got cancelled so there is no season 2- which means even though you find out who the serial killer is, there are still unanswered questions and unresolved issues by the end of it. Despite how cheesy this show is, it is great for guilty pleasure watching and I genuinely hope it gets picked up for season 2 by another network.

Kayla carsonReviewed in the United States on April 15, 2021
5.0 out of 5 stars
good show
Verified purchase
i love this show . it shouldn’t have been cancelled . to me it was worth the $ to rewatch but it could have been cheaper for others .

mtwReviewed in the United States on October 22, 2017
5.0 out of 5 stars
Excellent mystery series!
Verified purchase
Came across this whole looking for a new tv series. Wow! Really exciting and leaves you guessing from episode to episode.
One person found this helpful

MICHELLE A STENBERGReviewed in the United States on November 20, 2019
5.0 out of 5 stars
Daniel Lissing Fans
Verified purchase
Just what I expected. DL was great!!

MNilssonReviewed in the United States on July 24, 2016
5.0 out of 5 stars
My daughter and I loved this show
Verified purchase
My daughter and I loved this show! The name of the show certainly is indicative of the actors in it...
See all reviews
Back to top
Get to Know Us
Make Money with Us
Amazon Payment Products
Let Us Help You
EnglishChoose a language for shopping. United StatesChoose a country/region for shopping.
© 1996-2021, Amazon.com, Inc. or its affiliates