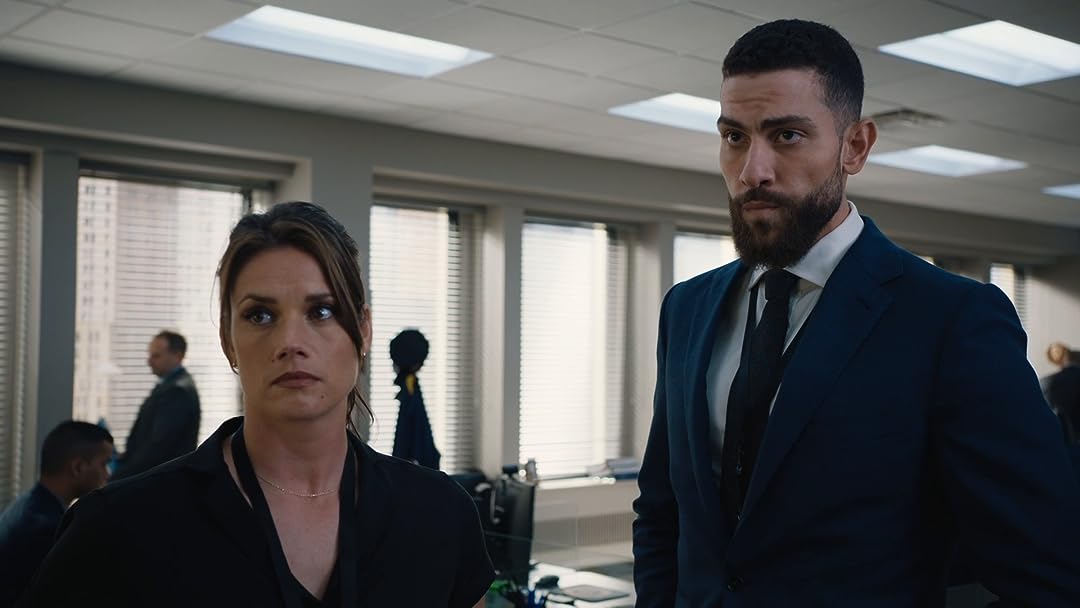 (352)
7.02022X-RayTV-14
From Emmy Award winner Dick Wolf and the team behind the "Law & Order" brand, FBI is a fast-paced drama about the inner workings of the New York office of the Federal Bureau of Investigation. This elite unit brings to bear all their talents, intellect and technical expertise on major cases in order to keep New York and the country safe.

TMBReviewed in the United States on June 28, 2022
5.0 out of 5 stars
Welcome to the 60's
Verified purchase
I'm a boomer, so this show is one that our whole family anticipated every week. Right up there with "The Fugitive" and many others. Each episode is based on an actual FBI case, but with dramatic license and diverse locations. There's no swearing, but lots of smoking, and everyone is wearing suits, even the bad guys. The series was sponsored by The Ford Motor Company, and stated as such at the beginning of each episode, and that's been edited out, so there's a little "jump" at the opening where the sponsorship was deleted. But they couldn't edit out the overwhelming abundance of Fords in every episode. Every parking lot is filled with Fords, and every agent drives a Ford. There's an occasional Mercury, or a Lincoln or a Thunderbird sprinkled here and there, but it's definitely a world of Fords. Even when they push one over a cliff, it's an old Ford. The episodes all deal with serious Federal crimes committed by really bad people who are either career criminals or sometimes good people who get dragged into situations not of their making. The stories are all riveting. The nature of the crimes can be kidnapping, extortion, bank robbery, securities theft, embezzlement, espionage, crimes on the high seas, interstate transportation, crimes on government reservations or properties, white collar crimes, and other Federal crimes. The acting is first rate, with Efrem Zimbalist Jr. playing the part of Inspector Lewis Erskine, as do other regulars, Phillip Abbott as Assistant Director Arthur Ward, and Steven Brooks as Tom Colby, Inspector Erskin's faithful squeaky clean sidekick. Director Ward is constantly on the phone with F.B.I. Director Hoover, who you never see. A special treat is that you get to see a huge number of up and coming actors who later hit the big time. The list is too long to mention all of them, but believe me, they're in every episode. The Producer, Quinn Martin, was highly adept at picking talent, and giving those folks a big boost to their careers. So if you're into crime dramas from days gone by, you've met a real winner. You won't be disappointed.
One person found this helpful

Gilbert L. JonesReviewed in the United States on October 24, 2020
5.0 out of 5 stars
The F.B.I. Season 4
Verified purchase
This season of the F.B.I. features great storylines,acting,locations and production values..just as all Quin Martin produced shows of that era did..We will sadly,never see television shows of this caliber again.
6 people found this helpful

Darja OttenReviewed in the United States on August 17, 2022
1.0 out of 5 stars
Didn't purchase this item since it comes with a channel I stre
Verified purchase
I don't like that they charged me for a season of show I watch on a channel that I also pay for through prime video. Logically why would I pay for two ways to watch the same thing on prime video. For some reason, I was never able to get it removed or the charges reversed. Makes me a little hesitant to purchase anything throu prime video using either my fire stick or Roku. It would be awesome if they one day decided to refund me the season purchase price or added the value to my gift card balance. Hint, hint Amazon!
One person found this helpful

Armando R. FernandezReviewed in the United States on April 1, 2022
5.0 out of 5 stars
"The FBI":The Complete Fourth Season-Parts 1 and 2
Verified purchase
The product is of excellant quality.The video transfers are sharp,clean,crystal-clear.I recommend the product.
One person found this helpful

Mr. OReviewed in the United States on September 4, 2014
5.0 out of 5 stars
It is so good to see these shows again
Verified purchase
It is so good to see these shows again. Season 4 is great and although I don't remember many of the episodes because it was so long ago, the nostalgia of those shows, the quality of the acting back then and the story lines along with the familiar actors of yesteryear are great to watch again. I watch one episode a week because that is the way they originally aired and I am putting my library together so once I have watched the entire season I will get season 5. It is still good, clean television.
6 people found this helpful

Karri GumneyReviewed in the United States on October 12, 2022
4.0 out of 5 stars
FBI Season 4
Verified purchase
The storylines are better than they were in Season 3, that's for sure.

Amazon CustomerReviewed in the United States on April 20, 2022
5.0 out of 5 stars
Great show
Verified purchase
Great story lines.
One person found this helpful
See all reviews
Back to top
Get to Know Us
Make Money with Us
Amazon Payment Products
Let Us Help You
EnglishChoose a language for shopping. United StatesChoose a country/region for shopping.
© 1996-2022, Amazon.com, Inc. or its affiliates