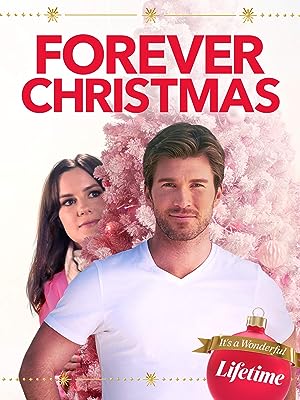 (254)
5.91 h 29 min20207+
When workaholic reality TV producer Sophie starts working on a holiday-season show about Will, a wildly sexy guy who celebrates Christmas every day of the year, she finds herself falling for her mysterious, unlikely new star, renewing her long-lost faith in Christmas in the process.

Reader's BugReviewed in the United States on October 28, 2020
5.0 out of 5 stars
Re-edition
Verified purchase
This is the same movie as Mr. 365
One person found this helpful

BJSReviewed in the United States on January 2, 2021
1.0 out of 5 stars
Still mad at myself for this one. WASTE OF MONEY AND TIME!
Verified purchase
I couldn't even finish this one. I love these kinds of movies. UGH! What a disappointment and a waste of money.
One person found this helpful

Krista AltReviewed in the United States on December 6, 2020
3.0 out of 5 stars
Meh
Verified purchase
I hate reviewing negative comments about anything. However, I didn’t care for this movie. It was generically made. But, you may like it.

Lynn NortonReviewed in the United States on November 27, 2021
5.0 out of 5 stars
All Great movies
Verified purchase
Enjoyed alot

LSReviewed in the United States on November 30, 2021
1.0 out of 5 stars
So boring except for the pretty faces of the main characters.
Verified purchase
DNF. Snooze.

EmilyReviewed in the United States on April 25, 2021
5.0 out of 5 stars
Loved it
Verified purchase
Loved it

Janet ArmstrongReviewed in the United States on July 23, 2021
1.0 out of 5 stars
Didn’t order or watch
Verified purchase
I did not watch or order this movie

H. BalaReviewed in the United States on October 28, 2020
4.0 out of 5 stars
but tell me more about the Sexy Santa Society
This may be the most that I've related to Christopher Russell. Obviously, he and I have so much in common. We're both yoke at the gym. We're both devastatingly photogenic. Ladies catch the vapors whenever we're in the room. Lol. Seriously, I'd been lukewarm towards him in other movies because I wasn't feeling his acting chops. To me, in previous movies, he'd came across as essentially a square-jawed cardboard cutout.

Forever Christmas, a Lifetime Christmas j0int, just aired over the weekend, and from jump I was on Russell's side, or, rather, his character's. Russell plays 33-year-old Will Saunders, a Christmas enthusiast who celebrates the holiday 365 days a year and does charity work on the side. Maybe if the Sexy Santa Society had worked out, Will would've happily remained in obscurity.

"God, if I could only just find a solution that would satisfy the network, keep true to my vision, and my promise to Will, and not get me fired, I could fix this," laments Sophie late in the movie. But let's backtrack. Television producer Sophie Worthy (Chelsea Hobbs) lives in the same city as Will's, in a little bungalow in Vista Gardens. Sophie has had a tough year. The cooking reality show she'd worked on got axed a year ago, and she hadn't been working. She just hooked up with another production company and given a reality show called Extreme Holidays to produce. It's bad juju when the episode about the Sexy Santa Society falls thru.

So, there's the production crew scrambling to come up with a replacement episode. And, then, someone digs up word of Mr. 365, which is what they call our guy Will Saunders.

Sophie, she goes on a scouting mission to see if Mr. 365 would make for good tv. And it looks promising. First of all, Will looks like - as Sophie puts it - "a fireman meets GQ model meets superhero."

Next is his crib. Will inherited his impressive home from his grandparents. He's since renovated the place, so that now its look is "modern with a heritage spine." With a history in production and a carpentry background in scenic design, Will has adroitly converted his home to a shrine to Christmas, with a decor that consists of cleverly floating wrapped-up gifts and even a mermaid mural. It's surprisingly not as garish as that description would suggest. Sophie, who herself isn't too fond of the yuletide season, has just one day to sweet-talk Will into starring in a reality show.

You'll promptly realize that Will is a "regular guy with an irregular hobby." Frankly, he'd rather keep a low profile. I mean, the guy doesn't even have social media. So, what convinces him to agree to do a reality show? Maybe it's Sophie's claim that the show could shine a brighter light on the charities he helps out with? My bet is it's Sophie herself. I mean, look at her. She looks like Chelsea Hobbs.

Gratifyingly, this movie isn't as cheesy as I'd dreaded going in, doesn't smut it up as much as I'd feared. Forever Christmas - a.k.a. Mr. 365 - is based on a book by Ruth Clampett, and you should check it out (the movie, I dunno about the book). Christopher Russell is pretty great here, as is Chelsea Hobbs. These two work up some sizzle in their scenes together. In fact, we're treated to more steamy scenes than we're probably used to in a wholesome made-for-tv holiday flick. No worries, for the prude contingent, the romance keeps itself PG. The characters are as grounded as the surreal circumstances will allow.

Not shockingly, the central conflict becomes how does Sophie reconcile her need to protect Will while still giving the ghoulish network what it wants? How can she keep faith with her integrity as an artist yet still chase ratings by manufacturing chaos and conflict? In Hollywood, it's always that tug of war between sentiment and sensationalism. There's an uncomfortable Will in front of the camera being forced to say corny lines and wear ridiculous t-shirts. How does Sophie remedy all this? Tune in to find out.