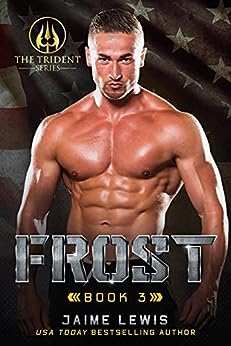 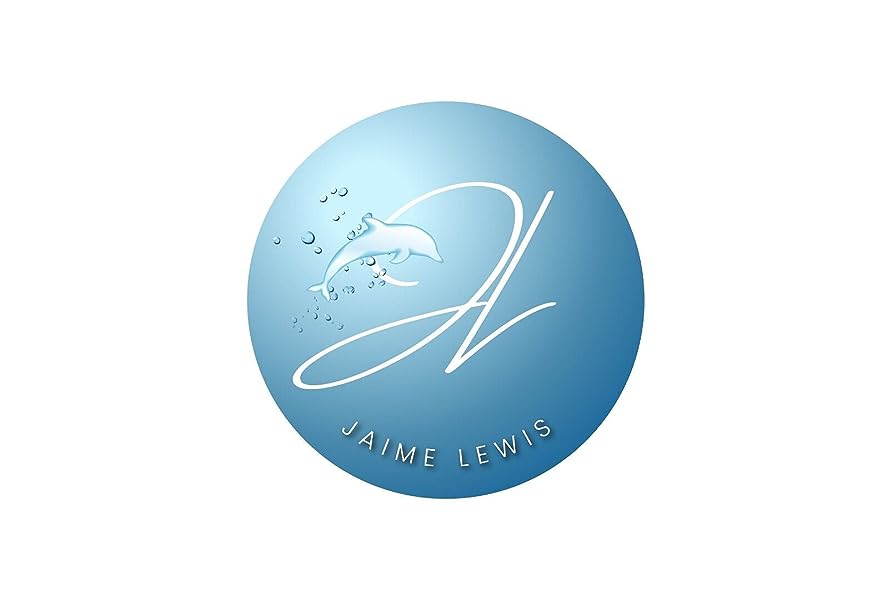 by Jaime Lewis (Author) Format: Kindle Edition
Book 3 of 9: The Trident
See all formats and editions
Sorry, there was a problem loading this page. Try again.
Following the death of her military husband, Autumn Kauffman and her son, Cody, are seeking a fresh start in a new town. Between her full-time job as a physical therapist and keeping up with her active ten-year-old son, the last thing on her mind was dating. But when a new patient lands on her rotation schedule, she is knocked for a loop at their first meeting. The instant but unexpected attraction she feels for the handsome yet flirtatious Navy SEAL recovering from a gunshot wound leaves her unsettled. Despite the giddy flutters she feels in her belly with each encounter with the SEAL, she is hesitant to let down her guard for fear of history repeating itself. Can Autumn overlook her past and give in to her heart, or is it doomed to end in disaster?

Navy SEAL Jack “Frost” Rhoades would kill to be anywhere other than the uncomfortable hospital bed he was laid up in with a bum leg. Before his orneriness lands him in trouble, an Irish Beauty enters his room, rendering him speechless. When the fiery redhead introduces herself as his physical therapist, his attitude does an about-face. Using his PT appointments to gather information on the single mom, Frost finds himself falling hard for his Irish Beauty. However, it seems he isn’t the only person with his eye on Autumn. Neither Frost or Autumn are aware of a greedy tycoon, and a jealous psychopath has Autumn in their sights.

Jaime Lewis entered the indie author world in June, 2020, with ACE, the first book in the Trident Series.

Coming from a military family she describes as very patriotic, it’s no surprise that her romantic suspense books are known for their accurate portrayal of life in the service.

Passionate in her support of the military, veterans and first responders, Jaime volunteers with the Daytona Division of the US Naval Sea Cadet Corps, a non-profit youth leadership development program sponsored by the U.S. Navy. Together with her son, she also manages a charity organization that supports military personnel and their families, along with veterans and first responders..

Between her day job, her two boys and writing, she doesn’t have a heap of spare time, but if she does you’ll find her somewhere in the outdoors. Jaime is also an avid sports fan.

4.7 out of 5 stars
4.7 out of 5
847 global ratings
How are ratings calculated?
To calculate the overall star rating and percentage breakdown by star, we don’t use a simple average. Instead, our system considers things like how recent a review is and if the reviewer bought the item on Amazon. It also analyzes reviews to verify trustworthiness.
Top reviews

Kindle Customer
4.0 out of 5 stars A Brave Son
Reviewed in the United States on June 11, 2021
Verified Purchase
Frost was shot saving Potter's little girl. Little did he know, his physical therapist would become his world. Autumn had recently moved to the area with her ten year old son, Cody. Frost falls for her right away, but she lost her Marine husband to war and is afraid to get into a relationship with a SEAL, only to lose someone else.
Unbeknownst to her, she brought baggage with her and accumulated more, all bad. The one she brought wants her dead. The new one wants her as a wife to seal a deal with a shipping magnate, then gets obsessed with her and wants her to keep. So, two crazies after her. The story gets a little disjointed, hence the 4 stars.
Read more
Helpful
Report abuse

Delores
4.0 out of 5 stars Good but....
Reviewed in the United States on March 6, 2021
Verified Purchase
I am loving this series, however, the third book Frost was a little drawn out to me & had some errors that drove me nuts. 1. Every time a character agreed to or with something it was described as “shaking” their head, which actually eludes to disagreeing. The word used should have been nodding. 2. Nathan wanted tell Autumn about his girlfriend Tessa the first time he visits, the next time his girlfriend’s name changes to Valerie. Consistency is key! Although those two items were annoying, overall I really like the story.
Read more
2 people found this helpful
Helpful
Report abuse

Cindy
5.0 out of 5 stars Frost and Autumn
Reviewed in the United States on November 5, 2020
Verified Purchase
Wow loving this author. I really am enjoying reading this series, frost being know as Jack Frost finding the love of his life with a beautiful red head Autumn which happens to have a 10 year old son falling for each other but battling unknown enemies. Jamie Lewis keeping coming, now can't wait for Irish's story to be released.
Read more
One person found this helpful
Helpful
Report abuse

Brandy M.
5.0 out of 5 stars Ugh!! So so good
Reviewed in the United States on August 26, 2021
Verified Purchase
How do these books keep getting better?!
this is such a sweet story line.
This book is part of a series and should be read in order.
Frost is pure alpha and has no problem asserting his caveman tendencies when it comes to protecting those he loves.
Autumn is a newly single mom, in a new place, finding her way until things start taking a turn for the worse.
Read more
Helpful
Report abuse

Kindle Customer
5.0 out of 5 stars Seals wives need to be brave and strong too.
Reviewed in the United States on October 26, 2020
Verified Purchase
Love family stories. Hero seals protect us all. Bad things can happen anytime anywhere. Psychos lurk. Be wary of strangers and mind your sense of danger or something off. I love President Trump who gave military 3 raises, better equipment and transportation and health care. Stay safe and patriotic. God bless USA and us all.
Read more
One person found this helpful
Helpful
Report abuse

sooer 37
5.0 out of 5 stars Love this Author….
Reviewed in the United States on July 13, 2021
Verified Purchase
I just found this author and just love her stories….Lots of actions…deals with emotions..and making new family structure…I am so attracted to Seals…and their personalities.Just enough Romance but lots of action…
Try her stories you will fall in love with all the characters….
Read more
Helpful
Report abuse

Nancy
5.0 out of 5 stars Frost by Jamie Lewis
Reviewed in the United States on October 2, 2021
Verified Purchase
Frost is a continuation of the Trident Series and a really good book. In the beginning it had me guessing who could be messing with Autumn. This book has everything. It has romance, suspense and angst. I can’t wait to read Irish and Bailey’s story.
Read more
Helpful
Report abuse

Patty (PJ4BJ@aol.com)
5.0 out of 5 stars OMG
Reviewed in the United States on October 26, 2020
Verified Purchase
The story pulls you in at the start and continues throughout the book. So far this is an amazing series. Can't remember the last time I had so many laughs and giggels in a book. Hard to put the book down.
Read more
One person found this helpful
Helpful
Report abuse
See all reviews

Julia M
5.0 out of 5 stars Never a dull moment
Reviewed in the United Kingdom on February 1, 2021
Verified Purchase
Little did Frost/ Jack think he would meet the woman of his dreams whilst incarcerated in hospital recovering from a gunshot wound to his leg. Autumn and her son Cody had just moved to the area for a fresh start after her husband had been killed in action. She certainly wasn’t looking for a new relationship and adventure but they both found her.
Another excellent book from Jaime.
Read more
Report abuse

J Caswell
4.0 out of 5 stars Definitely getting better
Reviewed in the United Kingdom on January 6, 2021
Verified Purchase
I left a review for the second book in the series saying that I was enjoying it, but the grammar and spelling mistakes were really annoying me. Looks like the author has got a new proof reader, because books 3 and 4 are much better, and really enjoyable!
Read more
Report abuse

Kindle Customer
4.0 out of 5 stars Loved,
Reviewed in the United Kingdom on June 15, 2021
Verified Purchase
As the series progresses it is like reading a catch up letter from friends, is the storyline believable? Nope not at all but that doesn't detract from the great style of writing and some fun escapism
Read more
Report abuse

Kindle Customer evelyn lawrence
5.0 out of 5 stars Review
Reviewed in the United Kingdom on October 21, 2020
Verified Purchase
That was a puppy downy story at least shedding give up and they got everyone does thAt happen in real life good read
Read more
Report abuse