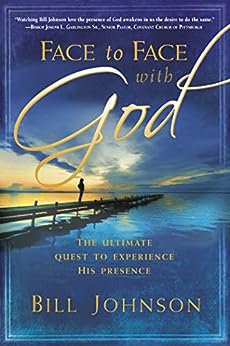 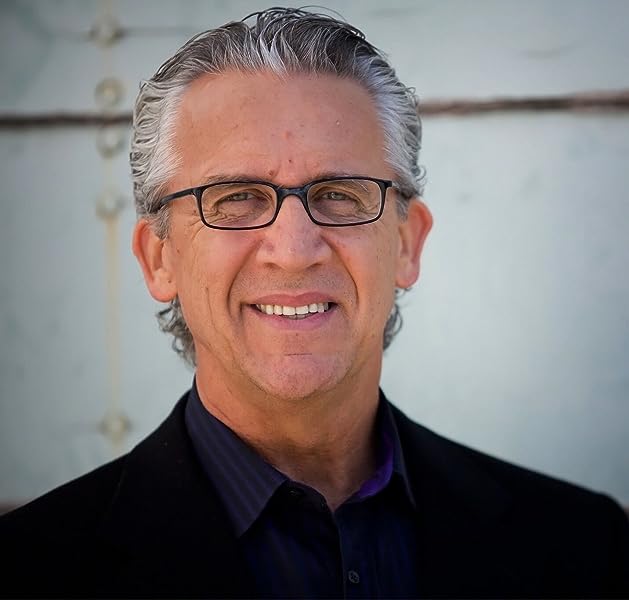 Face to Face With God: Get Ready for a Life-Changing Encounter with God Kindle Edition

by Bill Johnson (Author) Format: Kindle Edition
See all formats and editions
Sorry, there was a problem loading this page. Try again.
This expanded edition of Bill Johnson’s popular book has questions for reflection and a prayer at the end of each chapter. This new material will encourage the reader to take what he has read and apply it in his own life.

Bill Johnson pastors a church where supernatural encounters with God happen regularly, miracles are common, and the congregation has an infectious passion for spiritual growth. How does he do it? It’s simple; he makes experiencing a deep, intimate relationship with God a priority for himself and the rest of his congregation.

In Face to Face With God Bill Johnson helps you pursue God for greater measures of His presence in your own life, sharing the principles he has learned as well as real-life stories from his church and ministry. You will learn:
Read more
Previous page
Next page

As the senior pastor of Bethel Church in Redding, California, Bill Johnson, along with his wife, Brenda (Beni), has networked with a number of churches, crossing denominational lines, to bring revival and build relationships among church leaders. He is a sought-after international conference speaker and regularly conducts conferences with well-known speakers such as Mike Bickle, Randy Clark, Mario Murillo, and Mahesh Chavda. He is the author of several books, including The Supernatural Power of a Transformed Mind and When Heaven Invades Earth.
--This text refers to the paperback edition.

As a fifth generation pastor, Bill Johnson lives a life rich in the things of the Spirit, using Heaven as a model for his life and ministry. The Senior Pastors of Bethel Church in Redding, CA, Bill and his wife Beni have a heart to see the values of the Kingdom of Heaven filling the earth. Together they serve a growing number of churches that have partnered together to work toward global revival.

4.8 out of 5 stars
4.8 out of 5
236 global ratings
How are ratings calculated?
To calculate the overall star rating and percentage breakdown by star, we don’t use a simple average. Instead, our system considers things like how recent a review is and if the reviewer bought the item on Amazon. It also analyzes reviews to verify trustworthiness.
Top reviews

Gary J. Heffner
1.0 out of 5 stars Mostly heresy.
Reviewed in the United States on August 29, 2019
Verified Purchase
I have watched several videos from Bethel to include Bill Johnson, Kris Valloton, and Heidi Baker. So I was already aware of their views on miracles, Jesus, the kingdom, and those of us who hold to sound doctrine. I underlined something on most pages and made comments. Rather than go through each one, let me cite what I believe to be major errors in Bill's theology. He believes that Jesus was merely a human relying on the Holy Spirit during his three years of ministry. Though he acknowledges that He was always God, he seems to believe there was a period of time He wasn't. This belief leads to his next major departure from the faith: that all believers can do what Jesus did and, in fact, should do what Jesus did, to include healing, raising the dead, controlling the weather, and creative miracles. He craves the power of God and sees it as normative for believers. He believes we will usher in God's kingdom by applying our righteousness to the surrounding culture. Hopefully, we will do better than Redding, CA where Bethel is located, where violent crime increased by 53% from 2007 to 2012. Not blaming Bethel, but he made the claim that if believers acted out their faith, the surrounding societies would improve. He twists many Scriptures and completely misses the point of others. Perhaps his worst misapplication of the Scripture was Isaiah 60 where sees the Light that is shining is a believer's glory that will change nations and leaders and bring nation's wealth to the church. That section of Isaiah is for Israel and the Messiah. Bill believes all believers should be completely healthy, wealthy, and have the power that only Jesus possessed. He has negative things to say about orthodox churches and uses the straw man argument that they are works based organizations. In reality, there can be no more works based theology than his, which expects God's miracles at the hands of men. On that, it is my belief that if Bethel has had even one person raised from the dead, one missing limb created, one truly blind person receive their sight, they would have video and documentary proof that could not be refuted all over their web site and the news media. I don't see it. I believe in miracles and I have no doubt that some people have been healed of some illnesses at Bethel in spite of their excesses but I fear most of it is hype. The insane laughter and odd behaviors I have seen in videos look nothing like what Pentecost was reported to be in Acts. Avoid this book. I only read it to discern Bill's "theology" and found it sorely lacking.
Read more
4 people found this helpful
Helpful
Report abuse

Long term customerTop Contributor: Star Trek
4.0 out of 5 stars Bill Johnson's books
Reviewed in the United States on July 16, 2021
Verified Purchase
I must like Bill's books, I keep buying them for the last 15 years. They tend to be rather similar to each other. This is for the Christian who is all in. It is not for the person who attends church, most of the time, looking for stress relief. It is not for the non-tither, although he doesn't mention tithing in this book (so far). You probably have to keep your 40 hour a week job, but this is for the person willing to rearrange all their priorities.

Bill inspires the reader to come up higher in their Christian walk. Until we are raising the dead and opening blind eyes, we are not really doing it.

Food for thought. If there is more to the Christian walk than I have previously experienced, am I willing to go after it with everything in me?

I know he has talked about extended times of worship, and being willing to travel to places where the supernatural is happening, but I wish there were more practical tips.

Most of this book is about the Bible characters you are know about. There is a little here about his personal experiences, and I wish he had gone into greater depth.
Read more
Helpful
Report abuse

Al Smith
5.0 out of 5 stars Bill Johnson HITS the mark on this one...
Reviewed in the United States on February 10, 2019
Verified Purchase
Right from the beginning, Bill draws you in, to Truly understand that GOD, WANTS a real -> Face to Face relationship with each of us. Not just “Do this, read this and continue to live by my laws” He truly wants to each of us to be in a loving relationship with him Every day...
Read more
5 people found this helpful
Helpful
Report abuse

vdavis783
5.0 out of 5 stars Great book
Reviewed in the United States on February 26, 2021
Verified Purchase
If you follow Bill Johnson this book reads just like he preaches. I read a chapter each day. Very well written.
Read more
3 people found this helpful
Helpful
Report abuse

Carissa Noel
5.0 out of 5 stars Incredible.
Reviewed in the United States on November 2, 2019
Verified Purchase
When Bill writes, it’s always with such a deep simplicity that it almost seems complex and blows your mind. After reading this book I understand more of what it looks like to desire and seek the face of God and the transformation that takes place.
Read more
2 people found this helpful
Helpful
Report abuse

Leah Bomprezzi
5.0 out of 5 stars Fantastic Book
Reviewed in the United States on December 12, 2017
Verified Purchase
This book is FULL of revelation truth all proven and shown through the use of scripture. This book is extremely encouraging and eye opening to help understand our present purpose. Jesus died and rose again so we could have a transformed life full of power and love; He didn’t die just so we would be spared from hell. I highly recommend this book.
Read more
4 people found this helpful
Helpful
Report abuse

Cathie ebert
5.0 out of 5 stars More readable print please
Reviewed in the United States on March 25, 2019
Verified Purchase
Great book. Only 1 problem. The print is too fine and too small. Please, all authors... more readable print is important. Thank you!
Read more
Helpful
Report abuse

Amazon Customer
5.0 out of 5 stars I wanted more!
Reviewed in the United States on May 1, 2019
Verified Purchase
This book stirred and provoked deep within. Bill Johnson's books always do. I savored it - just one chapter a night before bed. I didn't want it to end.

NeilC
5.0 out of 5 stars Life changing
Reviewed in the United Kingdom on March 22, 2016
Verified Purchase
The words of this book are like holding a compass it points the way. Whether you are 180 degrees out or heading in the right direction this book provides inspiration that will point you toward our great Dad.
Read more
2 people found this helpful
Report abuse

CertifiedCustomer
5.0 out of 5 stars Wow.
Reviewed in India on November 23, 2021
Verified Purchase
This got me hungering for more of God and His manifested presence. A must have and must read, always secondary to the Word of God of course. May we have daily face to face encounters with God that would mark us for life!
Read more
Report abuse

Marv Thielmann
5.0 out of 5 stars Raw and fresh insight on knowing God
Reviewed in Canada on November 2, 2017
Verified Purchase
This is an important work which gives exceptional understanding of our relationship with God. We desperately need fresh knowledge which enlightens us on how it really works.
Read more
Report abuse
See all reviews