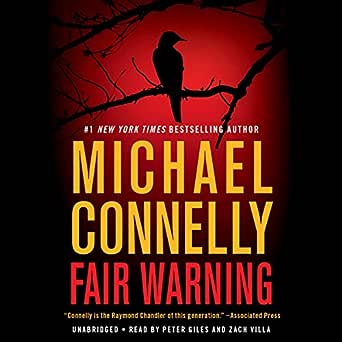 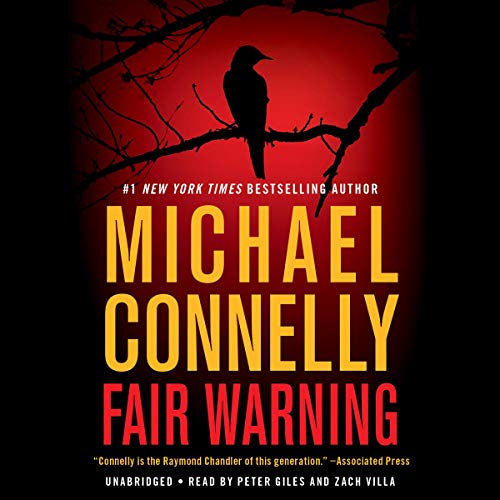 4.4 out of 5 stars
4.4 out of 5
707 customer ratings
How does Amazon calculate star ratings?
Amazon calculates a product’s star ratings based on a machine learned model instead of a raw data average. The model takes into account factors including the age of a rating, whether the ratings are from verified purchasers, and factors that establish reviewer trustworthiness.
Top Reviews

Jim in FL
3.0 out of 5 stars Underlying political message
Reviewed in the United States on May 28, 2020
Verified Purchase
Well, the first third or so was an interesting page turner. Then Connelly threw in a political message. He didn't mention names but was obviously referring to the main stream media and Trump.
Later I saw he wrote this book because he believed a growing numbers of people simply do not believe or trust the media.
As I'm writing this, more and more is coming out as to the the extent of the people who kept the Russian hoax story alive through propaganda, lies, and the use of the intelligence community, the cabinet of the Obama Administration, Congress, the Mueller investigators, the FBI, the FISA court, and, of course, the media.
There was zero evidence and a Journalist 101 student's antenna should have gone up. Rep. Nunes said there were at least a 100 journalists in on it.
How does the nation get justice with this conspiracy? This plot to remove Trump. This plot to win the House. And, my god, how in the world can Connelly defend this? As Atty. General Barr recently said, it was abhorrent.
Well, I got a few more pages after the politics and put the book down. I'd love a refund now.

Quote: “What happens when the press becomes an interest group whose interest isn’t the truth?” - WSJ's Holman Jenkins in “Media Cowardice and the Collusion Hoax.”

Dennis Quigley
1.0 out of 5 stars Keep your politics out of your novels, please.
Reviewed in the United States on June 3, 2020
Verified Purchase
Mr. Connelly has decided to become part of the herd. The herd which all "thinks" the same way. Big Pharma (sic) Big Tobacco (sic). Really?! Neither of these entities can or do force anyone to do anything or buy anything. How about you write about the HUGE GOVERNMENT? It dwarfs the businesses you berate. It forces people to buy things (Obamacare). It causes more death and destruction than any business: Panics (Covid 19). It is corrupt. There are so many harmful things done by government they are, literally, incalculable. I am now, including you on a list populated by Grisham, Sanford et al who are too ignorant for my support. Goodbye!
Read more
83 people found this helpful
Helpful
Comment Report abuse

NAR
5.0 out of 5 stars wow
Reviewed in the United States on May 26, 2020
Verified Purchase
I spent the day reading and listening to Fair Warning. I know a little about genetic testing and thought Michael Connelly did a good job of describing the "wild west" aspects and the lack of FDA oversight. As always, the plot moved fast and I loved catching up with Jack and Rachel. I'm not going to say more because of potential spoilers but BOY … I was barely breathing for the last several chapters - just reading as fast as I could. I saw a review saying that the reader didn't think that Jack was behaving in character … I dunno, one thing I like about Connelly's books is that the main characters are typically flawed and still try to do the right thing. Thank you!!
Read more
47 people found this helpful
Helpful
Comment Report abuse

la plume d'une femmeTop Contributor: Pets
VINE VOICE
4.0 out of 5 stars I love everything Connelly
Reviewed in the United States on May 29, 2020
Verified Purchase
I have been reading Michael Connelly's books since his first efforts were published - way back. I can't truthfully say I love them all equally well. I will admit to being a Bosch fan, especially starting after the "Black" books, and I admire Connelly's craftsmanship and envy the heck out of it. I will also admit I have never warmed to Jack McEvoy, which is a shame because I have a feeling he is sort of Michael Connelly's alter ego, being a reporter in LA who is drawn to the crime beat even when he is doing consumer protection stuff. Mr. C. has to think that "there but for my laser-focus and hyper-drive, and the best seller list, could I have gone."

Somehow, Jack McEvoy just irritates me. Maybe he is simply written in such a way as to tone him down a bit to avoid the appearance of his being some kind of super-reporter, but he lacks the sharpness of mind and the depth of moral conviction that drives Bosch, and the intrinsic courage that gets Harry through the battles with his dark side. And when Jack is coupled with Rachel Waller, as he is in Fair Warning, he always comes off as a bit of a stumbling, clueless side-kick to her kick-ass. I guess it is natural, if unfair, to compare all Michael Connelly's characters to Harry Bosch, but, even as a stand-alone I don't find enough to admire in Jack McEvoy to elevate his books to "extraordinary" in my estimation.

Having said all that, I did enjoy Fair Warning as a good bedtime read. The DNA angle was interesting, and Connelly's exhaustive research was evident, as always, in his command of the subject matter. I found myself cheating and picking up my kindle to return to Jack and Rachel during times I was supposed to be doing something else, because, well, it's Michael Connelly and it has his magic all over it.