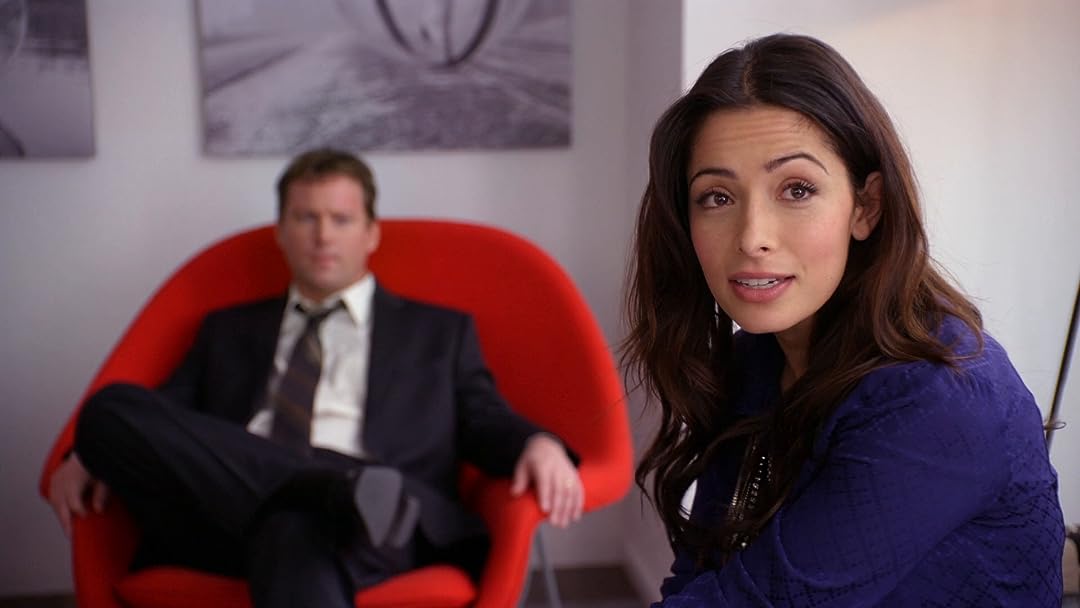 (344)
7.32011TV-PG
"Fairly Legal" centers on Kate Reed (Sarah Shahi), a top litigator frustrated with the endless bureaucracy and daily injustices of the system, who takes a hard left to become the ultimate anti-lawyer: a mediator. After the sudden death of her father, she finds herself at odds with the new boss, her stepmother Lauren Reed (Virginia Williams)...and in bed with her soon-to-be ex-husband, Justin Patrick (Michael Trucco), a top gun in the DA's office. Helping her keep all of this chaos at bay is her trusted, geek-chic assistant Leonardo (Baron Vaughn).

readerReviewed in the United States on July 10, 2020
4.0 out of 5 stars
Better than most good shows
Verified purchase
Fairly Legal has humor, relationships and interesting problems to solve, which was done in novel ways. I wish there was a 4.5* choice. It is a bit irritating with Kate's poor choices in life being totally illogical and her rudeness to others, as though only she matters and she is so self-centered she does not consider others as she dives through events.
2 people found this helpful

GT SladeReviewed in the United States on February 7, 2015
4.0 out of 5 stars
Fine show, missing something though
Verified purchase
I bought a “Fairly Legal” shirt, I so enjoyed this show. It isn’t perfect, but it is entertaining, in large part due to the great Sarah Shahi.
One thing ticks me off about the DVD release. They eliminated the opening credit sequence with the “Yellow Brick Road” song. That was a highlight, which was criticised when the second season dropped the song, but it was there through the first season, made more appropriate by lyrics referring to how we can “achieve the inconceivable” and “there’s no tornado that can stop us now.” If you’ve seen the show, you know that seems written for it, although I believe it wasn’t.
This is not syndication, where they can squeeze in an extra commercial by cutting out parts, it is a DVD, with plenty of room for that ridiculous FBI warning and superfluous disclaimers, but they won’t spare 30 seconds for the theme? No. My guess is the company was too cheap to pay Iyeoka Okoawo’s performance fees. And despite the aforementioned disclaimers, there is no mention that this is a doctored version of the show with less, not more, than the original. Okay, a couple of deleted scenes we could live without.
A case where Kate Reed (Sarah’s character) would have straightened out the manufacturers of these disks to get justice for purchasers.

Norman DavisReviewed in the United States on July 25, 2013
5.0 out of 5 stars
Whoever cancelled this show need a mind enema
Verified purchase
2 seasons, really? It started a little shaky but there was enough there to keep a person interested. Then, season 2, around the 3rd or 4th episode it really hit it's stride and was a 'can't wait for the next episode' show. Naturally, as soon as it was addictive the network cut off the flow. Networks need to learn that when they cut off their addicted viewers they go through some horrible withdrawals. Such unpleasant experiences results in... "never again". I've blocked that network from my tv. If they have a hit show that lasts for more than 3 seasons and get good reviews even of its conclusion I'll watch it in the secondary market... Amazon, Hulu, Netflix, etc.

THE SHOW... possibly the most beautiful actress alive, Sarah Shahi plays a "negotiator" Kate at a law firm. A lawyer who has sworn off "law" per se. The show has plenty of tension and drama going on with her partner at Reed and Reed... her stepmother (after her father has died), an ex-husband that is an off and on sexual or love/hate interest, who is also in conflict with her as the prosecutor who routinely is a challenge to her professional life. Kate also has a love hate relationship with a despicable 3rd partner who Kate also has mixed relationship type feelings. Apparently a true Mr. Darcy but you'll never know because this network sucks. All this while each show has the additional drama of Kate trying to negotiate and 'solve' seemingly impossible conflicts where a trial is trying to be avoided. It would still be pretty fun to watch but keep in mind as soon as you really really love this show... it abruptly ends, cancelled, without anything near a conclusion.

Jesse GeguzisReviewed in the United States on June 6, 2020
1.0 out of 5 stars
renew the purchase?
Verified purchase
Hi there,
I purchased this title late and then immediately feel asleep by accident. I didn't get to watch it at all but it continued playing through. So now it won't let me play it again to actually watch it. Is there any way I can get it turned on again for one viewing?

Please let me know, thank you in advance.

Jesse
One person found this helpful

Amazing CustomerReviewed in the United States on May 4, 2021
2.0 out of 5 stars
What a waste
Verified purchase
The character portrayed by Shahi needs some sort of deep psychological help. She’s flighty, rude, self absorbed and spoiled with a hero complex to boot. I found myself truly disliking her and you’re not supposed to dislike the protagonist. It makes perfect sense why this show never made it past season 2.

HipKittyReviewed in the United States on October 10, 2021
3.0 out of 5 stars
Watch ASAP!
Verified purchase
The second of three discs was damaged so I missed some of one or two episodes, and it's too late to return so I'm stuck with it, my bad for not viewing this sooner. I enjoy the show, tho.

EDReviewed in the United States on December 16, 2019
5.0 out of 5 stars
Great show
Verified purchase
Better than I expected good actress and entertaining show did get season 2 and enjoyed it, great price for what you get

Michael Rana IIReviewed in the United States on February 8, 2013
5.0 out of 5 stars
Amazon had what iTunes didn't.
Verified purchase
That's right - depending on the show or movie, sometimes Amazon will have a show or two that Amazon doesn't. Good thing I have no problem supporting either company.

At the time of this review, Fairly Legal is up to Season 3. I just didn't know I had to review the product that I purchased.

The ONLY thing I don't like about the show, but can overlook because the storyline is good enough, is that they over-sex the character of Kate Reed, instead of emphasizing her mediator role. I realize that sex appeal sells more than anything, but I've never known a character in the law profession to be sexy or glamorous.
One person found this helpful
See all reviews
Back to top
Get to Know Us
Make Money with Us
Amazon Payment Products
Let Us Help You
EnglishChoose a language for shopping. United StatesChoose a country/region for shopping.
© 1996-2021, Amazon.com, Inc. or its affiliates