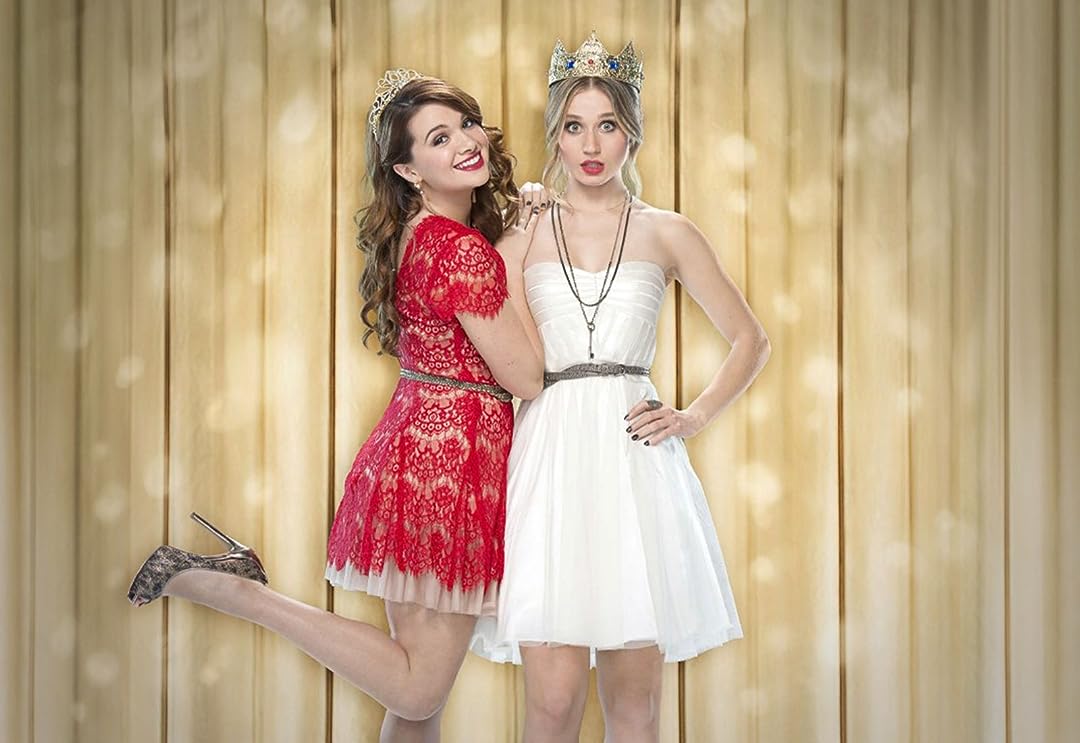 (704)
7.42014X-Ray13+
After numerous failed attempts to become popular, the girls are mistakenly outed as lesbians, which launches them to instant celebrity status. Seduced by their newfound fame, Karma and Amy decide to keep up their romantic ruse.

Lo KlReviewed in the United States on March 5, 2015
5.0 out of 5 stars
Utopian Teen Melodrama with Heart
Verified purchase
Cute show! I love the idea that we can live in communities where tolerance and acceptance of otherness is the norm! It's clear that the title applies not only two our two protagonistas but also to various other characters who 'fake it' by hiding some aspect of their identities for fear they will be judged. Yet the fictional community aptly placed in Austin is a place where difference is accepted and celebrated. Totally utopian, but also funny and lighthearted. I see a lot of my friends and my community in this place. However, we've still got teen drama because it's a show about high school. Sometimes it's lazy writing to have all the drama develop out of poor communication between characters, but in this setting it makes total sense for the characters and their immature world-views. Nobody is a bad person, but all these kids have something to learn. And doesn't that apply to all of us anyway?
2 people found this helpful

Phillip BullardReviewed in the United States on April 9, 2015
4.0 out of 5 stars
Edgy, Fun, and Not for Prime Time
Verified purchase
Funny and definitely edgy, this series is great parody invoking LGBT issues in big scoops. As a mistaken-identity type of comedy, the cast here plays the theme for all it's worth. Initially I was not drawn to the subject matter, but I viewed the series out of curiosity as to what fortunes had befallen Bailey De Young (nee Buntain) and her fellow co-stars of the Bunheads series after its cancellation. Ms. De Young delivers nicely with her talents as an actress and even gives us a short peek at her dancing, but regrettably, her talents deserve somewhat more exposure than they received. Rita Volk and the other principals of the ensemble deliver the comedy with great finesse. However, they all can't escape that in real years, they are beyond being high-schoolers, and make-up and costuming notwithstanding, they come off as past the ages of their characters they play at times. This could be in the writing or direction. In any case the show is loaded with laughs and edgy sex scenes. But what non-prime time-time TV isn't these days? It provoked enough of a response to purchase Season 2 to see how the plot threads played out.

TaraReviewed in the United States on May 22, 2015
4.0 out of 5 stars
A big step for LGB issues - not so much for other social issues.
Verified purchase
At first I was doubtful about people pretending to be gay, but the fact that one of the main characters discovers that she really is a lesbian - and that she is still played as an attractive, likable, multi-faceted character - makes it okay to me. Though the directors don't throw all stereotypes out the door, they don't completely adhere to them either, and that's refreshing. Most of the supporting characters have real depth and end up being a little different than you'd expect - I especially like the way Shane is played with a nice balance of flamboyant and cool, and the fact that Lauren isn't all evil. I also really like a straight white guy being best friends with a gay guy and not having any problem with it. You don't see that too often in real life - let alone on TV. Seeing the liberal Utopia of Austin is fun, and doesn't strike me as too far from the truth in some areas of our country - I live in in California.

I like how this show is made to attract straight viewers as well as gay ones. I think that is a big step in the right direction, and a sign of the changes occurring in the attitudes of the younger generation. Love it!

Now for the criticisms: It's true that there is a distinct lack of non-white faces on the show, as well as a lack of class representation. That's a shame. So is the fact that everyone is so skinny and perfect looking - except for Lauren's stereotypical sidekicks: the Asian Girl and the Fat Girl. That illicites a big sigh from me, and is the only thing unbelievable about the show. Karma and Amy do not look like social outcasts. Hollywood just doesn't seem to be anywhere near ready to change attitudes about body image, and this show doesn't do anything to disrupt white middle-class hegemony. Maybe some day.

JASReviewed in the United States on March 29, 2016
5.0 out of 5 stars
Should be required viewing for any high schooler or anybody that remembers living thru their high school years
Verified purchase
One of the best "dramedy" shows on TV. It deals with issues that anybody can relate to; trying to change yourself to fit in, trying to hide secrets, or just being different. It took most of this season to just establish the characters and how they relate to one another. The final episode of the season is one of the greatest shows of this genre ever.
The two main stars, Rita Volk and Katie Stevens are excellent actors. They create their roles so perfectly that is impossible to imagine anyone else playing their parts.

MichelleReviewed in the United States on April 7, 2015
5.0 out of 5 stars
One of the few MTV shows you have to watch
Verified purchase
What could go wrong with presenting to be a lesbian? Apparently a lot. Faking it is a new twist to the words "crazy" and just "overall funny". You not only learn to love the show but you also get to experience a whole new different type of high school setting show. Plus I love the fact it follows two best friends and you get to see their different struggles in life and love. Also it may not be your cup of comedy tea but just give it a show. Hope this helps!
2 people found this helpful

NHSTEPHReviewed in the United States on April 2, 2015
4.0 out of 5 stars
Funny comedy with surprisingly mature themes.
Verified purchase
Fun comedy with surprisingly intelligent points to make. At quick glance, it appears to be a typical adolescent sitcom. But there are surprising plot twists and a coming of age theme that I found quite enjoyable. I hope Amazon puts it's second season under it's Prime lineup so I can finish watching it. I find it irritating that so many Amazon movies are not included in Prime membership. Really Amazon! Netflix still rules until Amazon gets it's act together.

Happy ShopperReviewed in the United States on March 15, 2015
5.0 out of 5 stars
Great...but only the first season is free ;-(
Verified purchase
So, I have to admit, I was simply tired and gave up on looking for something to watch. I just wanted the noise of the television. However, I was quickly drawn into this story. It turns out to be a drama, with some comedy, and deals with issues that real teens struggle with daily....acceptance. I would love to watch season 2, but refuse to pay $1.99 per episode. Perhaps someday it will be available so that I can find out "the rest of the story."

Lucy CatReviewed in the United States on April 10, 2015
5.0 out of 5 stars
A fresh, modern and funny teen series!
Verified purchase
I was totally blown away by Faking It. On the surface it looks like just another teen, high school comedy/drama but the casting and acting is awesome and the story is fresh and exciting. I was hooked and watched every episode back-to-back. If you liked Mean Girls, 10 Things I Hate About You, She's All That, Freaky Friday or any of the other big teen movies, you'll definitely like this series! Can't wait for more!
One person found this helpful
See all reviews
Back to top
Get to Know Us
Make Money with Us
Amazon Payment Products
Let Us Help You
EnglishChoose a language for shopping. United StatesChoose a country/region for shopping.
© 1996-2021, Amazon.com, Inc. or its affiliates