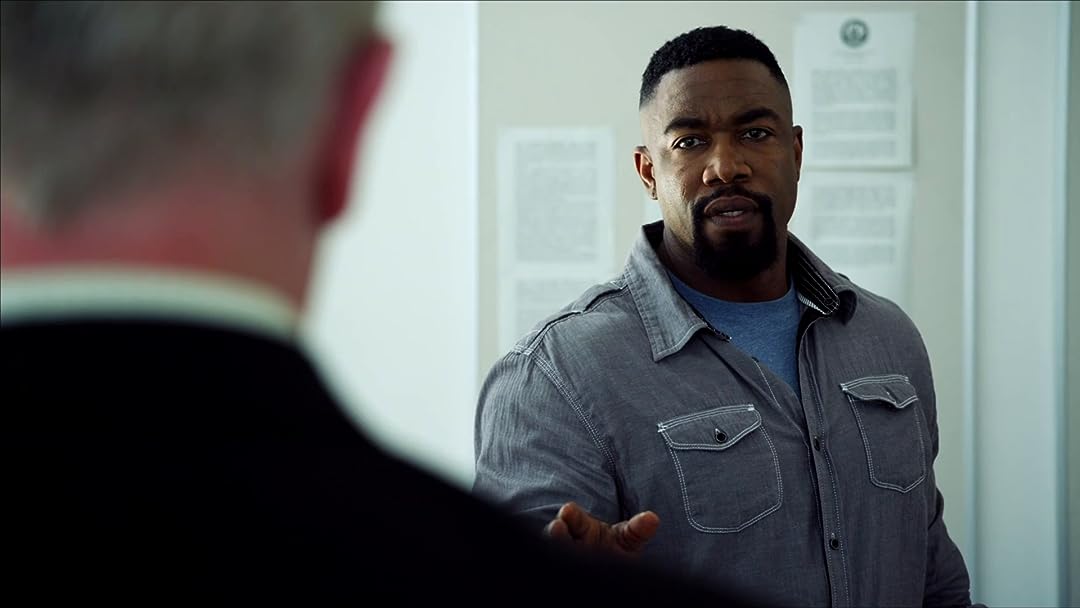 (862)
5.71 h 40 min2014X-RayR
The first installment in an action franchise, entitled CODENAME: FALCON, will center around former Marine John "Falcon" Chapman, a dark anti-hero driven by guilt and suffering from post-traumatic stress disorder, who will destroy himself unless given something else to destroy - a useful weapon-of-last-resort for the U.S. State Department.

garyReviewed in the United States on January 20, 2020
1.0 out of 5 stars
Poorly Made
Verified purchase
My viewing time lasted 2 1/2 minutes. This movie is stupid. Loading a pistol with bullets that have already been fired was too much for me. I'm ok with editing errors but junk props is where I jump ship. They spend tons of money making this movie and they can't even make the props look real. I know it's petty but it's one of my pet peeves. Details. Check it out for yourself. It's the first 2 minutes. Some people can watch movies like this...I can't.
9 people found this helpful

I thought the title sounded familiar after I rented it I had already seen it but wasn't spending an hour on the phone fighting over 2 bucks. This kinda stuff needs to stop.

As far as the movie goes. Its ok at best. Action is good story is so so but coulda done without seeing it twice.

If you haven't seen it and bored may be worth a watch but Id wait until its free.

dragon talesReviewed in the United States on August 6, 2020
3.0 out of 5 stars
look alike
Verified purchase
This looked like they were trying to copy Man on Fire with Denzel Washington. Instead of Mexico it's in Brazil. They try for the same thing, washed up special forces guy, suicidal, alcoholic. They try for gritty scenes, but it's just boring. They should have learned in Man on Fire that bullets with a bad primer don't fire, and a special forces guy would know that, so why was he surprised when he tried to commit suicide with them and it didn't fire? Stupid. Impressive martial arts, but shot badly. Many scenes you could tell he was too far away to touch them. Not much on character development, or even story development until half way through. I was just about to shut it off when something finally happened to thicken the plot. I almost gave it 2 stars but I would watch the sequel if I were bored and couldn't find anything else to watch. -
2 people found this helpful

BlazTardzReviewed in the United States on September 6, 2014
5.0 out of 5 stars
Michael Jai White does it again!
Verified purchase
Falcon Rising starring Michael Jai White was very well done. It never goes over the top with special effects and stays rooted on the development of the main character's (Falcon's) presence and story. This aspect added tons of depth and pushes the movie beyond merely being just a simple action title. Michael Jai White knows a vast array of Martial Arts disciplines and he translates them to the movie screen with much finesse and flair. Performing his own stunts makes the fight scenes extremely fluid and convincing. This was most important during the multi-adversary fights. The plot never falls dull and it's implemented so well that you're only wishing they would delve even deeper. Near the end of the movie I began to realize that they took this direction in story to prop Falcon Rising up as a series of movies. I look forward to the following movies in this series. Definitely check this movie out. Another hit by MJW!
28 people found this helpful

NLAPRReviewed in the United States on April 19, 2022
5.0 out of 5 stars
Terrific, underrated, action flick!
Verified purchase
This is a great action flick, though, unfortunately, underrated at the box office! Micheal Jai White is excellent, and very believable in his role. The story is well-written. The action and pacing are terrific, as well. It draws you in, and makes you feel for the characters to a degree not always found in the genre. Enjoy it! Cheers!

Ignore those reviewers who are so hung up on the problem with the rounds in the first like 2 minutes! Ridiculousness. That's like not eating an entire banana-split, because someone put a lime on top instead of a cherry! Boohoo. Take the lime off, & eat the rest.

Amazon CustomerReviewed in the United States on December 10, 2021
5.0 out of 5 stars
Action Movie
Verified purchase
I wanted to be entertained with an action film. I got an action film!
The actors were great, the scenery was, great, the premise of the movie
was great, language was real...I really enjoyed this movie on a cloudy December
afternoon.
I read other reviews getting all upset about bullets and "It looks like another film"...
well, yeah! It's an action film...in Brazil...so he swung a hand and foot at a bad guy...
it was deserved! I wanted to be entertained by an action movie, not get involved
in "used bullets"....after the gun on "Rush" was loaded with a live round, maybe it's
smart to used spent bullets?
This is a great action film, and I wish it would be a series...

pcsnakeReviewed in the United States on October 19, 2021
4.0 out of 5 stars
Good violent movie good martial arts lot of killing
Verified purchase
Not counting the silly start with the loading of a gun with indented primers, this thing
turned into a good movie. There was enough action and the hero actually looked like
he could beat somebody up. (It is tiring to watch some little old guy with a belly and
pipestem arms beating up huge athletic men or swarms of ninjas). And the bad guys
were bad, and the crime they were committing was evil, etc. etc. but then we really don't
want to watch our heroes charge into church and beat the hell out a bunch of nice people.
I recommend this movie.

DReviewed in the United States on January 7, 2020
3.0 out of 5 stars
Good guy never gets shot ... ever.
Verified purchase
Too cool hero, who, like Van Damme's Frank Dux in Kickboxer, was motivated to take on the entire bad guy world because of an injured person close to him (in this case a sister). Our hero battles evil in the form of dirty cops and Brazilian heavies to Japanese bad guy boss with a Samurai sword and only gets a (minor) stab wound to the belly. However, very John Wick like, the body count is pretty high so it will appeal to some of one's baser instincts, if bullets to the head count as a base instinct. Thin on plot. Too many cliches to count. Heavy on one fight scene after another. OK for a lost afternoon but probably not a movie to share with your wife or significant other. Kinda left me saying: "Meh."
One person found this helpful
See all reviews
Back to top
Get to Know Us
Make Money with Us
Amazon Payment Products
Let Us Help You
EnglishChoose a language for shopping. United StatesChoose a country/region for shopping.
© 1996-2022, Amazon.com, Inc. or its affiliates