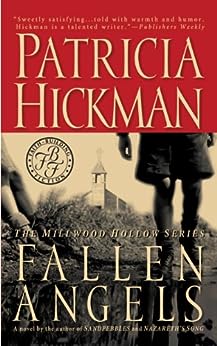 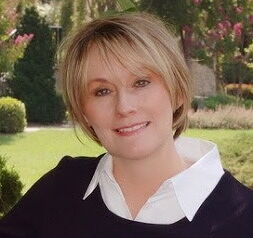 Hickman kicks off her new series with this gentle, enjoyable yarn about four misfits cast adrift in Arkansas during the Great Depression. When Jeb Nubey flees Texas for Arkansas because of a possible murder charge, he picks up the three abandoned Wilbey children as unexpected hitchhikers along the way. After spending a stormy night in the Church in the Dell in Millwood Hollow, they wake up to the beaming faces of the parishioners who mistake them for the widowed Rev. Philemon Gracie and his three children. For Jeb, Angel, Willie and little Ida May, the misunderstanding is manna from heaven. "They's money to be had, Jeb Nubey, in God's work!" gloats 13-year-old Angel. With her coaching, the illiterate Jeb fakes his way through his new persona. Soon, the generosity of the smalltown folks and the attentions of a comely schoolteacher, Fern Coulter, soften Jeb's heart and he yearns to be a better man. But he knows it's only a matter of time until the real Gracie family shows up or someone recognizes him from the circulating "wanted" posters. Hickman tells her story with warmth, humor and some lovely descriptions. There are a few hitches: the early setup and pacing are a bit awkward, and the reader may stumble over the occasional confusion in names (there's a Willie and a Will, for example). The ending, however, is sweetly satisfying. Hickman (Katrina's Wings) is a talented writer, and readers will sympathize with her unlikely ragtag group of characters.
Copyright 2003 Reed Business Information, Inc. --This text refers to an out of print or unavailable edition of this title.

Patricia Hickman lives in Huntersville, North Carolina. --This text refers to an out of print or unavailable edition of this title.

*Starred Review* With Fallen Angels, Hickman begins the Millwood Hollow series about Jeb Nubey, on the run in rural Arkansas during the Depression, and the abandoned Welby children who attach themselves to him: Angel, Willie, and Ida May. Through a comedy of errors, Jeb is mistaken for a widowed minister on his way to pastor a church in the little town of Nazereth. The real minister happens to have three children. Because it means regular meals, Jeb and the kids proceed with the charade. A funny premise, though Fallen Angels has nothing of the satire in Elmer Gantry, which Hickman appears to admire. The brash young Angel seems to have been yanked directly from Paper Moon, and Jeb, rather than malevolent or clever, seems merely hapless. Still, Hickman is witty, and her ear for Arkansas twang is right on the money. John Mort
Copyright © American Library Association. All rights reserved --This text refers to an out of print or unavailable edition of this title.

'Hickman is a talented writer, and readers will sympathize with her unlikely ragtag group of characters.'- Publishers Weekly 'I was instantly charmed! No writer can transport a reader to the South quite like Patricia Hickman. Touching, funny, and filled with love, FALLEN ANGELS will be one of the best books you'll read all year.'- Robin Lee Hatcher, bestselling author of FIRSTBORN --This text refers to an alternate kindle_edition edition.
Read more

4.6 out of 5 stars
4.6 out of 5
16 global ratings
How are ratings calculated?
To calculate the overall star rating and percentage breakdown by star, we don’t use a simple average. Instead, our system considers things like how recent a review is and if the reviewer bought the item on Amazon. It also analyzes reviews to verify trustworthiness.
Top reviews

2Okies
4.0 out of 5 stars Wonderful story - Horrible Kindle formating
Reviewed in the United States on March 16, 2009
Verified Purchase
I love stories set in this time period (depression era), and in this part of the country (Arkansas) and one involving children. This book covers all of that. It is an endearing book, and one that pulls you into the lives of Jeb and all the Welby children quickly. I sympathized with their situation, and found myself pulling for them to succeed in their deception. The story is griping, and leaves you wanting more. The book itself was great.

Kindle version leaves something to be desired:
I bought the book to read on my Kindle. This is probably the first book I've ever bought through Amazon, in which I was disappointed in the formating. There are many, many typos throughout the book. Most seem to be "mis-reads" of the letters, more than spelling errors. It gets to be a little frustrating trying to figure out exactly what word should have been used. I know I could have requested my money back from Amazon, but I did READ the book, so I felt it would be wrong to ask for my money back. I did download "Book 2" in the series, "Nazareth's Song" and it appears to have a lot of the same problems - though it seems it may not have quite as many. I don't know what caused the problem with these books, but I hope it's not something we have to look forward to as more books become available for Kindle.

L. G. Waldorf
5.0 out of 5 stars Fallen Angels
Reviewed in the United States on March 4, 2010
Verified Purchase
THIS WAS A TRULY HEART WARMING BOOK...I WAS SO HAPPY TO FIND OUT THERE ARE A SERIES OF THEM..5 STARS
Read more
One person found this helpful
Helpful
Report abuse

Jemla
5.0 out of 5 stars Buy The Entire Series!!
Reviewed in the United States on November 16, 2009
When I began to read the very first book in the Millwood Hollow series...I knew I was becoming addicted to the characters in the book. I could not WAIT to finish the first book "Fallen Angels" and to get into book #2..."Nazareth's Song"...which I again loved and couldn't wait to finish.

The next book was a bit harder for me to locate and find but I finally came across a copy after much searching (pre-finishing Nazareth's Song)and started into "Whisper Town" as hungry as I had ever been for the other three previous books......then I encountered a huge a problem.

Book number #4..."Earthly Vows"...was not released yet and I was "chomping at the bits" to get into that next book.
In my days of impatient waiting..I even wrote to Ms. Hickman and asked her to "please RUSH the release of Earthy Vows,"
I just had to see if Fern and Jeb finally get married.
I even pre-paid for this next book on Amazon and it still took longer than the expected release date for the book to be released.......but once it was I was thrilled!!!
Much to my joy and expectation..."Earthy Vows" did NOT disappoint me at all.

I only wish they had never ended...however sadly they have ended.

Now possibly if I could view the Millwood Hollow series on the big screen one day...that would be a dream fulfilled.

I deeply recommend this series of books for all ages. It is a heartwarming mix of history, character redemption, and over HAPPY endings to many hard situations.
These books by Ms. Hickman leave you smiling and feeling warm and fuzzy inside, and knowing that there is yet hope for mankind.
Read more
2 people found this helpful
Helpful
Report abuse

Amazon Customer
5.0 out of 5 stars entertaining historical fiction
Reviewed in the United States on May 16, 2003
During the Depression in Arkansas, their mother deserted the three kids several years ago and now their father dumps the children on his girlfriend "Aunt" Lana to unload them on their older married sister. However, Lana abandons thirteen year old Angel and her two younger siblings Willie and Ida May in a movie theater. Angel tries to hitch a ride with a trucker who deposits them on a traveling retired schoolteacher. Instead of taking the children to their older sister, the teacher ditches them in a remote area while stealing their possessions.
The trucker Jeb Nubey stops nearby and the kids sneak into his truck. When the law stops him, the children pretend to be his family. Already on the lam for an alleged attempted murder in Texarkana, Jeb takes the children to their adult sibling only to find her home deserted. Jeb soon pretends to be a widowed preacher raising the trio by himself. However, it is Angel who tries to turn this pretend quartet into a real family.
This is an entertaining historical fiction that paints a disturbing picture of the Depression via the treatment of the three Welby children by family and others. Still through the actions of Angel, forced into maturity beyond her years, hope exists even for this downtrodden group. The characters make the tale as the FALLEN ANGELS will hook readers with their plight.
Harriet Klausner
Read more
8 people found this helpful
Helpful
Report abuse

Amazon Customer
5.0 out of 5 stars Loved this book!
Reviewed in the United States on August 11, 2019
This book was such a wonderful surprise for me to read. Simply lovely story, a southern girl myself
and serving in two small churches I can totally relate to the statements Jeb makes to the congregants
when he says, "I'm a fraud." I think all us in ministry sometimes feel this way because we realize none
of us is ever worthy of the mercy and grace of GOD. The characters seemed to come to life right in front of me.
The kids fall for Jeb and he for them despite his gruff exterior and Angel's manipulations needless to
say I was hooked. I love happy endings, can't wait to read another book by Patricia Hickman.
Read more
Helpful
Report abuse

lor369
5.0 out of 5 stars A Very Good Book
Reviewed in the United States on February 4, 2004
This book is about 3 kids who were abandoned during the Great Depression. They hook up with Jeb, wanted for murder. They arrive in Nazareth, where people assume that they are the long awaited preacher and his family. Angel, the oldest of the 3 Welby kids, convinces Jeb and her siblings to play along with them, as they are desperate for food, shelter, and a sense of belonging.
I loved the humor in this book as Angel gives Jeb preaching lessons. I also liked the message that no matter how far you are away from God, anybody can be forgiven and anyone can turn his life around, like Jeb. And I liked how at the end, Jeb was willing to take full responsibility for his actions without offering excuses.
I was so excited to find out that this book is the first in a series. I look forward to finding out what happens between Jeb and Fern, if Jeb makes it as a real minister, what becomes of the Welby children, if they will be reunited with their parents and their sister Claudia, what happened to the Welby mother, and where Claudia disappeared to.
Read more
4 people found this helpful
Helpful
Report abuse
See all reviews