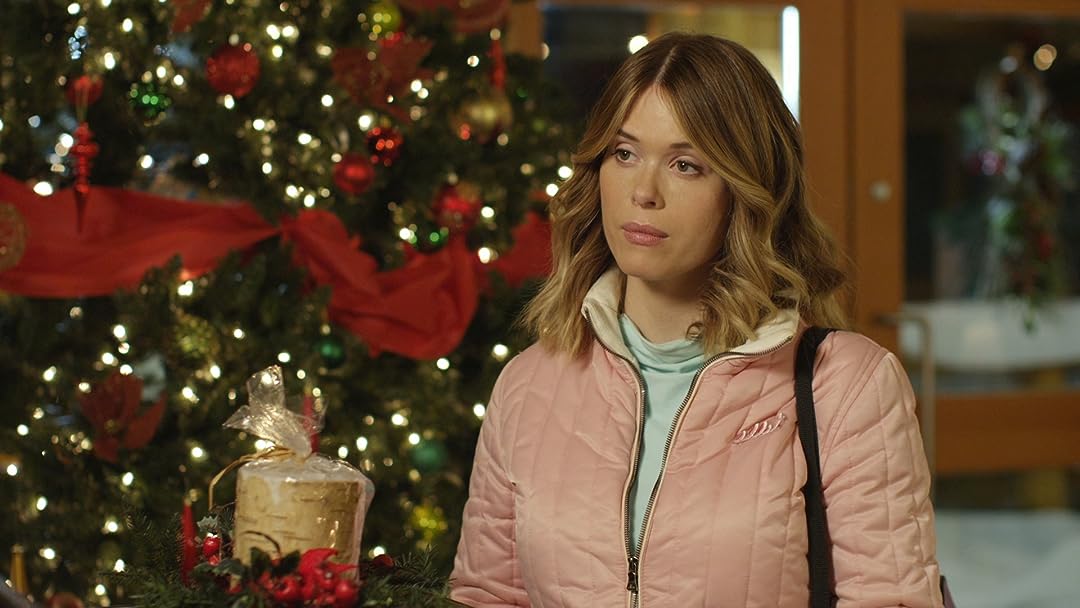 (551)
1 h 27 min20177+
When champion figure skater Claire becomes injured she is sent to a rehabilitation center in the snowy mountains where she meets and falls for a local ice fisherman who shows her there is more to life than competition.

TASReviewed in the United States on December 17, 2018
5.0 out of 5 stars
Not your typical Holiday Movie
Verified purchase
I liked Falling for Christmas because it was not your typical holiday movie. The theme was about dreams but not just fantasy, it was about real life decisions. It was not a sugar-coated fairy tale yet it was full of drama and hope. The setting was interesting and beautiful. There was a good dose of comedy mixed in, just enough to give a chuckle or two. It left me with a good feeling and instilled a hope that there is always more to look forward to. I would recommend this movie to all ages. I enjoyed it very much.
21 people found this helpful

Rich M.Reviewed in the United States on November 30, 2019
1.0 out of 5 stars
Bad and Extremely Cheesy
Verified purchase
So many unbelievable moments.
Oh woman is on thin ice and it's breaking, "don't come to me I will come to you!"...because it makes sense to add extra weight to the already fragile ice! Man must save incapable woman. How did she not know it was thin ice, there is a sign hanging high up on a tree. All the locals know where to look for it. DUH
Man takes woman back to his home, they walk into the house and there is a FIRE GOING IN THE FIREPLACE WHILE NO ONE IS HOME. He must have some amazing home owner insurance.
Woman falls for man, we must have woman's mother fall in love with man's older brother for DOUBLE the romance. GROSS.
Man has a daughter and his wife left them when the daughter was four years old. OBVIOUSLY she didn't know what an amazing family she had and left a perfect husband and perfect daughter. Who would ever give up prince charming!
Woman finally wins ice skating nationals and takes home her much coveted gold medal. She decides to not go to Worlds because she is IN LOVE.

LightHearted1Reviewed in the United States on November 27, 2017
4.0 out of 5 stars
Light fare, not a Christmas movie
Verified purchase
3.5* Lighthearted warm film, it's not a Christmas film per se, it just takes place during Christmastime. It's pretty common for dancers and professional athletes to override their bodies with the help of chemistry, and push themselves to shorter careers and pay high prices for the imbalances in their lives due to what it takes to rise to the top. Unfortunately coaches, doctors, fellow athletes all push the pain killers/drugs to keep going beyond the point that's good for the body. That's the crux of the film and the decision the main character makes. It's not great writing, not a deep story or particularly interesting plot. It's just light fare.
15 people found this helpful

Amazon CustomerReviewed in the United States on February 2, 2017
5.0 out of 5 stars
5*s, sweet, clean, family-friendly - Hallmark style romance
Verified purchase
I loved it for many reasons! The plot/storyline was good, the characters were all relatable, acting was very well done and the song was beautiful as well. My favorite character (although I loved all of them) was Luke - the Father. He did a superb job of showing how much he adored his daughter. There were many times of genuine affection: carrying her, swinging her around in the snow, gently brushing her long hair before bed and more, I've rewatched many times and still enjoy the interaction between all 3 main characters. :-)
23 people found this helpful

linda galellaReviewed in the United States on July 29, 2021
4.0 out of 5 stars
Takes place during the holiday season but it’s not really
Verified purchase
a Christmas movie…

A professional skater who’s battling and injury prior to the National’s has gone to a renowned rehab facility high up in the mountains where she meets a retired professional hockey MVP. He’s ruggedly handsome and available, (of course), with a precocious 8 year old daughter. Her mom is loving and supportive, (played by 80’s Facts of Life star, Lisa Welchel), and her coach is a slimy toad who says the right things but is clearly all about himself.

Christmas in July 2021 #21
One person found this helpful

MaiaReviewed in the United States on October 19, 2018
3.0 out of 5 stars
Quite cheesy, but a fun watch.
Verified purchase
So...this movie is cheesy. But, for some reason, when it's a Christmas movie cheesiness can be forgiven. Christmas just embodies cheesy Christmas movies. It's not Christmas if you don't watch a bad Christmas movie or two.
I was worried about where the theme of the movie was going to go, but it actually turned out good. The lead guy and girl were decent actors. Some of the other characters were kind of bad. The child actor was really bad at speaking lines, but her actions were cute and she was cute so it made up for it. I also found it funny that the kid at such a weird, uncommon name when everyone else had extremely basic ones.
I've decided to watch a Christmas movie every day through Christmas, not skipping any no matter how cheesy they look, and compile a list of movies to start watching every year. This movie does not make my yearly list. I did enjoy it. It made me lol and the shots in some of the scenes just screamed Christmas (which I loved), but it doesn't make my list. A cute movie. One I wouldn't mind watching again. Very family friendly. But not the best movie ever, not even on the "Cheesy Christmas Movie Scale" of good.
6 people found this helpful

Luke PerrineReviewed in the United States on November 3, 2018
3.0 out of 5 stars
Don't watch this if you're looking for 'The Cutting Edge', a sweeter, kinder romance found here.
Verified purchase
Holiday Movie Review #3
"Falling for Christmas"
Free on Amazon Prime

A retired hockey player and an injured figure skater fall in love in a mountain town.

I give this 3/5 stars.
It's more of a gentle romance set during the Christmas season, rather than a true Christmas movie. It started off a little hokey- but once the first few scenes passed, this movie was very sweet. Don't watch if you're looking for something along the lines of "The Cutting Edge" as this has a much slower, kinder feel. A sweet movie. I'd have given it a 4/5 if it hadn't been for the first few scenes which just came across as trite and annoying. It redeemed itself, however <3
5 people found this helpful

smurfetterockerReviewed in the United States on January 30, 2020
3.0 out of 5 stars
Cute but has a lot more potential
Verified purchase
Cute movie, pretty much what I expected from a romantic Christmas "Hallmark-type" movie. But, there were some pretty comical errors and inconsistencies. Main character Claire has a pulled tendon and needs to land a triple axel at Nationals which is just three weeks away! What's a girl to do? Well, to "rest" her foot as much as possible, she is sent to a clinic in the mountains where she spends most of her time...exercising. She is told to stay off her foot so she can win, so she runs, works out in the gym, and skates...she just doesn't do any hard jumps. She ends up falling for a local guy (of course) and his daughter Chamonix (pronounced "sham-o-NEE"; seriously, they named the kid Chamonix). Luke happens to be an ex-hockey-player who also had the same injury as Claire and it forced him to quit the game. He tells her she shouldn't give up her dream, but of course, love always wins in the end. I do think it's pretty funny how many jackets Claire has. She is going away for a couple of weeks to a clinic and she wears like six different coats and other assorted outerwear in the movie - she packed all those coats?
One person found this helpful
See all reviews
Back to top
Get to Know Us
Make Money with Us
Amazon Payment Products
Let Us Help You
EnglishChoose a language for shopping. United StatesChoose a country/region for shopping.
© 1996-2022, Amazon.com, Inc. or its affiliates