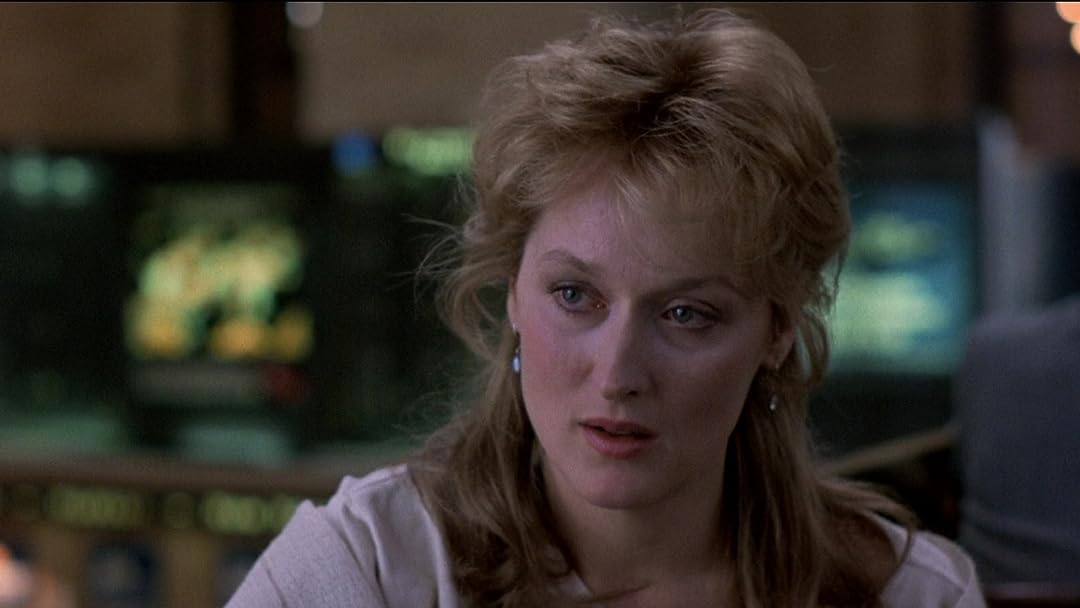 (1,501)
6.51 h 46 min1984X-RayPG-13
Multiple Academy Award Winners Robert De Niro and Meryl Streep are together again for the first time since The Deer Hunter. In Falling In Love they play Frank Raftis and Molly Gilmore, two everyday people who meet first by chance, and later by choice. There's just one thing standing between Frank and Molly's intense, newfound love-both are already married.

Tallie365Reviewed in the United States on August 24, 2020
1.0 out of 5 stars
watch paint dry
Verified purchase
Not romantic at all. This guy puts so much effort into meeting and wooing the woman on the train. If he put half that effort into the relationship with his wife, they may have had some good times. In fact the guy seemed pretty happy on Christmas Eve. But really, it's not the long, drawn out impending infidelity that dropped the review to 1 star. It's just a very boring film.
18 people found this helpful

DoMeNiQuE CoEReviewed in the United States on September 2, 2020
2.0 out of 5 stars
Cliche 80's flick but WoW! The Young and Beautiful....
Verified purchase
Jane left her boys to be near her ailing mother? DeNiro wants to impress his friends with a side piece? Diane pushes the relationship? What the hell was going on in 1984? I was there and got married myself then, no desire for outside trouble but this film adds lovely sound track to cheat with impunity! I sighed to recall this time period, seemed so simple, no cell phones, natural hair, nails, breasts, etc. can't wait till we come round again to this era! I have a very difficult time with aging, even as a toddler, and seeing the youthful beauty of the main characters is sad to me. Like watching the Father wither and die, all part of life, depressing as hell imho. So if you want to recapture a time long ago, recommend this film for exemplifying simple pleasures and no masks.....
6 people found this helpful

HeatherReviewed in the United States on February 20, 2015
5.0 out of 5 stars
Important things to know before watching this movie.
Verified purchase
1. This a movie made in the early 80's when studios still made adult dramas. There's nothing big about this movie. Nothing. It's small and subtle. It has it's melodramatic moments (like any film in the romance genre), but largely this is a movie that feels more grounded in contemporary reality. This is one of the movie's many strengths(IMHO)
2. The movie is inspired in many ways by David Lean's classic Brief Encounters. If you don't know about Brief Encounters, Google it before or after you watch this movie It's a movie from a different time, but incredible if you end up liking this movie and want to take a step back further into romantic film history.
3. This is one of the few times where both DeNiro and Streep get to play normal everyday people with everyday lives. There's no accents, gaining or losing weight, wigs, etc. This is no small thing for actors who were both known for transformative performances even before this movie was made.
4. Ulu Grosbard, the film's director, was well known and respected when he made this movie. He had directed Dustin Hoffman in classics like Straight Time and DeNiro in the period drama True Confessions before this movie was made. Translated: This wasn't some throw away movie for either of these actors.
3. IMPORTANT NOTE: THIS IS A MOVIE ABOUT MARRIED PEOPLE CONTEMPLATING INFIDELITY. Do not watch this movie if you are judgmental of people who choose to cheat on their spouses. Many of the bad reviews that I've seen are from people who call the characters selfish and judge them for their decisions. In fairness, Amazon's synopsis is horribly written and you could miss the fact that this a movie about married people falling in love with another person.

KathleenReviewed in the United States on November 13, 2017
5.0 out of 5 stars
On the Westchester Train
Verified purchase
One of my favorite films. And, of course, Streep and DeNiro made it feel like you were looking into their personal lives. I loved seeing DeNiro in a romantic role for a change. This kind of connection has not happened to me, but for some reason (being a NY'r?), it drew me in and I did want them to wind up together. Even though the film is from 1984, it's still relevant today.
16 people found this helpful

Eugene W. BrickerReviewed in the United States on December 29, 2018
5.0 out of 5 stars
An Oldie but a Godie.
Verified purchase
This has been a favorite movie of mine ever since I saw it in the 80s. Christmas theme at beginning and end make it perfect for seasonal viewing. Robert Deniro and Merril Streep in their 2nd movie together. REally tugs at the heart. One of those movies you can watch many times. The soundtrack is a winner, too.
15 people found this helpful

Lawrence RobertsReviewed in the United States on December 11, 2020
2.0 out of 5 stars
Falling in Love? C'mon.
Verified purchase
Despite two great actors - I did not like this movie. it just seemed to be a 1980s lesson in whatever, I can just do what I want, well if I can't figure out what I want, cuz , well, cuz I can. And nobody else really matters in my confusion about what I want. Neither person in this silly, on again off again flirtation that moves to obsession without even having sex has a distressed marriage. They seem to have happy, at least somewhat fulfilled lives. Yes, each has a close friend (divorced) who suggests "hey, you gettin any on the side?" Oh, no, but maybe I should think about that - why? Well, its just what you do in the self-indulgent 80s. The development of "love" between these two was so unrealistically soppy - it was simply disgustingly unbelievable. They just migrate from an innocent cup of coffee, and after several other boring and unreal tenuous flirtations, wind up in bed, but cant consummate out of guilt. Well, then if you can't get it up after all that flirtation - fughet about it, go home, stay home. But no, we now have them, confessing their "pure desire" for each other to their spouses, and breaking the trust and faith of their marriage. And somehow, having destroyed their marriages over a flirtation they could not consummate, they are rewarded with a chance to get back together. That was the point at which I simply could not hold back the vomit. I gave it two stars instead of one out of respect for two of the greatest actors of our era. But, simply - a terrible movie.
One person found this helpful

13th floorReviewed in the United States on August 21, 2020
2.0 out of 5 stars
Silly, pointless
Verified purchase
The only thing this movie had to its credit were the stars. Halting, repetitive dialogue between Meryl and Robert. They didn't seem to have much to say to make a convincing romance. Since both characters had decent, upstanding spouses, it was difficult to have any good feelings about the blossoming 'love'.
6 people found this helpful

Movies R UsReviewed in the United States on September 20, 2020
4.0 out of 5 stars
SUSPENSEFUL and ROMANTIC
Verified purchase
DROPPED THIS MOVIE TO 4 STARS DUE TO THE MOST DREADFUL PARTS OF THE MOVIE:
1. CONSTANT CAMERA ANGLES OF THE FRONT OF THE TRAIN HEADED TOWARD THE AUDIENCE
2. STREEP'S WARDROBE.

THE CAMERA LOVES STREEP & De NIRO, THEY ARE ONSCREEN MAGIC.

I DISAGREE WITH ANOTHER REVIEWER THAT DE NIRO CHARACTER COULD HAVE PUT HIS ENERGY INTO RELATIONSHIP WITH HIS WIFE. THE HEART WANTS WHAT IT WANTS, AND SOMETIMES A MARRIAGE IS JUST A BOX CHECK, THERE ARE SOME THINGS YOU CANNOT FAKE. I THINK THERE WAS A STRONGER CONNECTION BETWEEN STREEP & DE NIRO CHARACTERS.

WHAT HAPPENS WHEN A PERSON FINDS LOVE AFTER THEY ARE MARRIED. MORE THAN ONCE DID I HOLD MY BREATH AND WONDER...
DO THESE 2 PEOPLE ACT ON THEIR FEELINGS OR NOT?
IS IT ENOUGH TO JUST WALK AWAY?
CAN THEY WALK AWAY FOREVER?
WHAT COULD BRING THEM BACK TOGETHER...
A CAR CRASH?
One person found this helpful
See all reviews
Back to top
Get to Know Us
Make Money with Us
Amazon Payment Products
Let Us Help You
EnglishChoose a language for shopping. United StatesChoose a country/region for shopping.
© 1996-2022, Amazon.com, Inc. or its affiliates