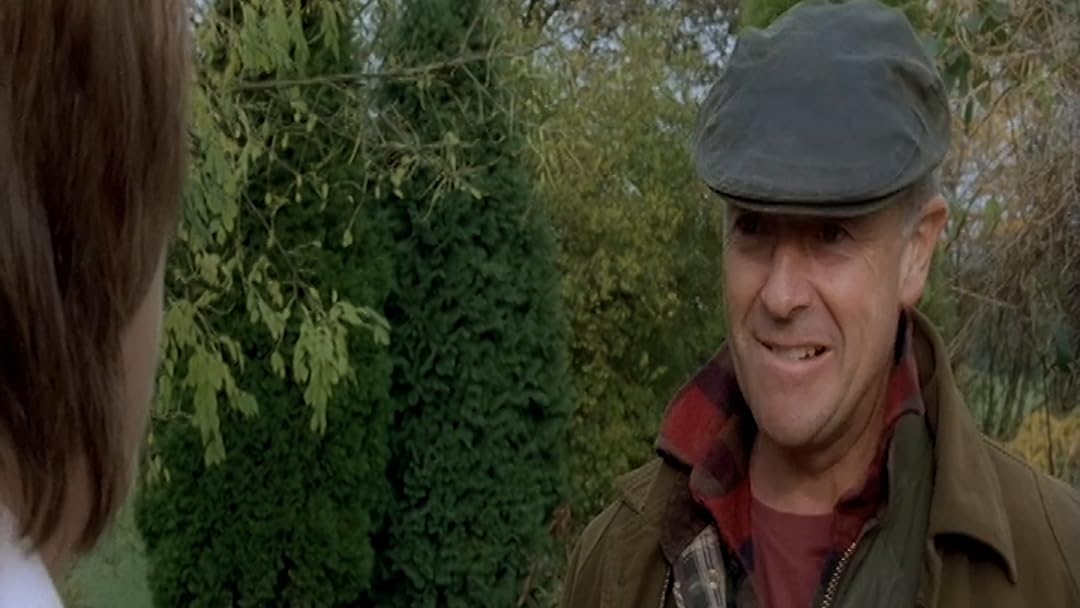 (142)
1 h 33 min200513+
Henry Kent meets writer Daisy Langrish and offers to take care of her overgrown garden. The relationship develops but Mr. Kent is fooling no one but Daisy!

J. GabrielsonReviewed in the United States on February 21, 2020
4.0 out of 5 stars
A portrait of evil
Verified purchase
A fine acting job by the entire ensemble cast headed by Kitchen, Wilton etc. I wanted to reach into the screen and shake some sense into Wilton's character. Kitchen plays an evil monster to perfection. I felt sorry for the women who allowed themselves to be deluded by this abuser. I am amazed that the Wilton character confronted that evil man all alone by herself. She could have died even though she told him she had talked to the police. Maybe in England
people place more trust in the efficiency of the police. NOT ME! I would never have confronted him ALONE! ABSURD! She was a fool in so many ways. Actually, the swine gets off scot free to continue abusing women. Men like him are a danger to society. They do not deserve to live in the greater world. Solitary confinement for the rest of their lives or death. Either one would do.
12 people found this helpful

Jacuzzi LoverReviewed in the United States on January 31, 2020
5.0 out of 5 stars
eye opening/Narcissist
Verified purchase
If you want to see how a narcissist operates then this is the movie for you - chuck full of clues all you have to do is listen and watch his behaviors and how she falls for his charm -- good thing she figures it out before he steals all her money, emotions, heart, and whatever dignity she has left.
15 people found this helpful

Bmore MomReviewed in the United States on October 2, 2019
5.0 out of 5 stars
Narcissist Abuse
Verified purchase
This is a great film about narcissist abuse. You can experience all the patterns of behavior from the predator (targeting, stalking, studying, mimicking, love bombing, staging, manipulation, isolation, grooming for supply, rage, hoovering, pathological lies, victim hood, etc.) and victims. It's great for those post recovery and for the ones curious about this abuse in order to avoid these predators in your life.
14 people found this helpful

Kim WhittemoreReviewed in the United States on April 6, 2020
3.0 out of 5 stars
Listen to your friends...
Verified purchase
I'm not going to say that the character of Daisy was a fool to miss the signs that were blinding the rest of us when it came to that off-putting Henry character. Women -- and men -- decent, intelligent, productive, and discerning people, fall victim to predators (and these people are predators) all the time. If and when that internal mystical spark is ignited. all of us have the potential to embrace what we believe is the source of something exciting and out of the ordinary.

What really struck me were Daisy's friends -- Anna and Anthony. They didn't like Henry, and despite his protestations to the contrary, it wasn't because Henry was "working class" -- it was because he was laying claim to territory that wasn't his to claim. Being true friends willing to risk the ire of Daisy, they made their cases against Henry. They were using logic, but Daisy wasn't convinced (and really, is that so unusual?).

I thought Henry was going to fast talk his way out of obliging Daisy when she asked him to show her where he lived, but the fact that he was confident enough to casually escort her to that retrofitted, moldy bathtub he initially referred to as "a boat on the canal" reflected his firm confidence that Daisy was so emotionally invested that she wouldn't see that mess for what it was -- evidence of a life that was such a material failure that he lived one step above a tent dweller. If she had seen that "boat" on day one, she may have still had enough clarity to run in the other direction..

It's a cautionary tale to be sure, and while it may have been too elementary/predictable to some, it's probably a good idea to remember that it can, and does, happen to lots of people who would probably see the obvious in this movie and still miss it in their own lives. Daisy finally asked the right question: "Was that love? It felt like it." I guess that's a question that we, like Daisy, will have to answer for ourselves.

StumpLifterReviewed in the United States on March 24, 2020
5.0 out of 5 stars
Grimms fairy tales for seniors.
Verified purchase
This film is a cautionary tale. Seniors need to be careful. There are many like him (and not just hims but hers to) out there to one degree or another. And those relationships are not just sexual in nature. I think the book agent was a "It takes one to know one" Although sex is often used to snap the trap closed. Frankly I thought the film was going in a different direction at first - made me realize my own vulnerability. Well done all the way around. Worth sharing.
8 people found this helpful

Sasha NealandReviewed in the United States on February 27, 2020
4.0 out of 5 stars
Very good Narc movie up until the sudden hitting part
Verified purchase
A very good portrayal of a Narc relationship but there should have been a few red flag Narc coldness/anger/crazy moments leading up until the final break. In a real Narc relationship, the change in the Narc would be gradual and much more subtle, so that the victim does not realize what is happening but is slowly acclimatized to the growing crazy cold behavior of the Narc. The final break could be an act of violence but the switch would not happen so suddenly. Also the Narc will always be immediately grooming a side victim as the backup supply which was not included in this movie. Narc behavior follows a standard cookie cutter set of rules, so some of the key behaviors were missing from this movie although it is a good portrayal of quite a few standard Narc ploys. Also liked the inclusion of victims friends gut reactions of dislike of the Narc, even the victim often feels this kind of gut reaction revulsion towards these kind of people but usually ignores it at the time and can only recall it after the end of the relationship.
2 people found this helpful

J. MullallyReviewed in the United States on February 3, 2017
4.0 out of 5 stars
Sinister yet amusing
Verified purchase
This was a great performance by Michael Kitchen, not a great one by the director. The choices the director made ruined what could have been great suspense, us guessing what he was up to. The ending was also a bit pat because of the structure that was chosen. The 'unreliable narrator' is a classic tradition in a lot of great literature and Michael Kitchen does really well with what he has to work with. You feel exceptionally sorry for Penelope Wilton, yet because we know what he is up to, we also wonder how she could be so silly as to fall for all his ruses. It is sinisterly comic and a good movie if you are willing to suspend your disbelief and go along for the ride.
10 people found this helpful

SCReviewed in the United States on March 1, 2021
5.0 out of 5 stars
Very important subject
Verified purchase
This kind of predatory male needs to be exposed, and so happy to have Penelope Wilton's character, Daisy, able to see it and end it before he destroyed her life. More people, especially women, need to see this abusive and sick personality in films in order to learn the signals. These people can and do seduce anyone, and the longer it goes on, the harder it is to get them out of your life. Excellent portrayal.
See all reviews
Back to top
Get to Know Us
Make Money with Us
Amazon Payment Products
Let Us Help You
EnglishChoose a language for shopping. United StatesChoose a country/region for shopping.
© 1996-2022, Amazon.com, Inc. or its affiliates