Fallout: Disasters, Lies, and the Legacy of the Nuclear Age and millions of other books are available for Amazon Kindle. Learn more

(268097 ratings)
92% positive over last 12 months
In stock.
Usually ships within 4 to 5 days.
Shipping rates and Return policy
$20.00
FREE Shipping
Get free shipping
Free shipping within the U.S. when you order $25.00 of eligible items shipped by Amazon.
Or get faster shipping on this item starting at $5.99 . (Prices may vary for AK and HI.)
Learn more about free shipping
on orders over $25.00 shipped by Amazon.
Sold by: Amazon.com
Sold by: Amazon.com

Usually ships within 1 to 2 months. 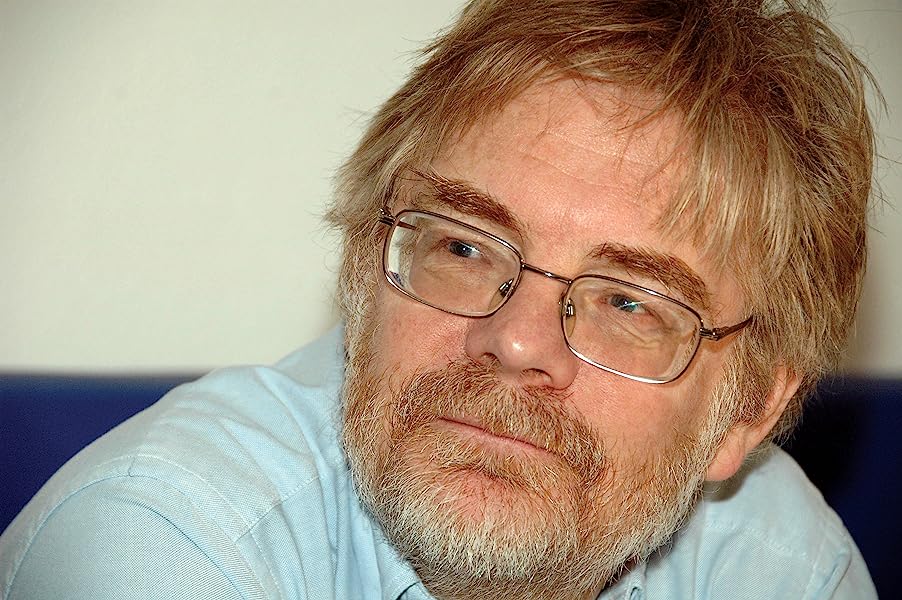 Fallout: Disasters, Lies, and the Legacy of the Nuclear Age Paperback – March 26, 2019

by Fred Pearce (Author)
4.5 out of 5 stars 21 ratings
See all formats and editions
Sorry, there was a problem loading this page. Try again.

“Pearce insightfully dissects the profound psychological and political impact nuclear technology has had on humankind and unflinchingly questions whether it might be time to acknowledge that its promises for both energy and defense have been largely unfulfilled.”
—Booklist

“In Fallout, Mr. Pearce, a veteran science journalist, travels the world to pin down what he calls ‘the radioactive legacies of the nuclear age.’ He moves between weaponry and energy, cataloguing mistakes, dishonesty and irrational fears. The result is a panorama of atomic grotesquerie that is at once troubling, surprising and ruthlessly entertaining.”
—The Economist

“For any reader who craves a clear-headed examination of the tangled relationship between a powerful technology and human politics, foibles, fears, and arrogance, Fallout is the definitive look at humanity’s nuclear adventure.”
—Midwest Book Review

“This tour de force by Fred Pearce takes the reader on a riveting journey through nuclear installations and radioactive landscapes around the world. A blend of firsthand reporting and historical research, Pearce’s prose reads easily while simultaneously asking the hard questions. The author’s penetrating political eye and sober scientific gaze combine to reveal the many reasons, including toxic legacies of fear and deception, that it’s time to call an end to the nuclear age. Read this book as if the future depended on it.”
—Betsy Hartmann, author of The America Syndrome: Apocalypse, War and Our Call to Greatness

Fred Pearce is an award-winning author and journalist based in London. He has reported on environmental, science, and development issues from 85 countries over the past 20 years. An environment consultant at New Scientist magazine since 1992, he also writes regularly for the Guardian newspaper and Yale University’s prestigious e360 website. Pearce was voted UK Environment Journalist of the Year in 2001 and CGIAR agricultural research journalist of the year in 2002, and he won a lifetime achievement award from the Association of British Science Writers in 2011. His many books include Falllout, With Speed and Violence, Confessions of an Eco-Sinner, The Coming Population Crash, and The Land Grabbers.
Start reading Fallout: Disasters, Lies, and the Legacy of the Nuclear Age on your Kindle in under a minute.

Strategos
VINE VOICE
5.0 out of 5 stars An entertaining history of nuclear fallout
Reviewed in the United States on June 1, 2018
Vine Customer Review of Free Product( What's this? )
My father used to give Sunday sermons about why the world needs The Kingdom of God to save it, and the highlight was nuclear waste. You can argue for man-made solutions to lots of problems, but nuclear waste is the trump card. You just can't get rid of the stuff. And it's the deadliest poison there is. Which is why my sister got into an argument with her teacher and avoided an F by addressing all the reasons why nuclear waste just can't be gotten rid of. So it was with great interest that I read this book and found a surprisingly entertaining history of radioactive fallout.

You'll find a lot interesting stuff here, from radioactive tourism to natural preserves on the exclusion zones of fallout, to atom bombs and nuclear testing to leaking stockpiles around the world. There's a nicely balanced style of reporting here that shows both the exaggerations of people with radiophobia as well as the gung-ho attitudes of people who think that nuclear is great, despite it's insanely high price and horrific safety record.

This is a light and breezy (ha!) read at 216 pages so you'll polish it off quick, but if you are interested in a brief history of the atomic age this is your book. Highly recommended to history buffs who are interested in the subject but don't want to read something too technical or a scare-mongering or marketing book.

🌺 Lynne E.
TOP 1000 REVIEWERVINE VOICE
5.0 out of 5 stars Short, Complete, Readable History of Atomic Age
Reviewed in the United States on August 3, 2018
Vine Customer Review of Free Product( What's this? )
FALLOUT: DISASTERS, LIES, AND THE LEGACY OF THE NUCLEAR AGE is a highly readable account of the damage inflicted on humans by nuclear explosions and disasters, starting with the atomic bomb dropped on Hiroshima, and continuing through the year 2017. It offers a short but complete history of the Atomic Age.

It’s filled with surprising-to-me facts. For example, everyone on the planet received nuclear fallout from the above-ground nuclear tests conducted from 1954-1963--the average human received 0.15 millisieverts (a tiny dose) in 1963 alone. Or, as another example, the best way to dispose of nuclear waste is to reprocess it to extract the plutonium--something that was routinely done when plutonium was used to produce atomic weapons, but that is NOT usually done now that plutonium is used to generate power.

This book is a good choice for anyone who wants to get quickly up to speed on the past, present, and future of nuclear energy and nuclear weapons.

P. M.
3.0 out of 5 stars No depth whatsoever
Reviewed in the United States on June 10, 2018
If you are curious about atomic weapons and atomic power, if you wonder what is acceptable exposure to radiation, if you wondered what happened at 3 mile island, Chernobyl, and Fukushima, if the question what to do about nuclear waste is something you have wondered about and most importantly if your attention span is compatible to getting your “in-depth news” from Twitter, this is the book for you.
This is not to take away anything from this book it is just the subject matter is so broad and so vast that to attempt to cover it in 200 pages is laughable. You get zero details about anything listed above. But he does a good job citing sources to enhance what is barely touched upon it the book.

Thomas D. Kehoe
4.0 out of 5 stars Some chapters are slow, others are exciting
Reviewed in the United States on August 24, 2018
Radiation is invisible. You can't see, hear, or feel it. Too much of certain kinds will kill you. You have to rely on experts to tell you when radiation is dangerous. And the experts disagree. That is the repeated theme of this book.

The first few chapters were both horrific and boring, because they're about early nuclear disasters in the Soviet Union, where little was known about radiation and news was covered up. Terrible things happened but they were far away, a long time ago. The last chapters are about nuclear waste, and equally horrific and boring. Terrible things could happen in the future, perhaps in thousands of years. Experts just don't know.

In the middle were the good chapters. Rocky Flats is just a few miles from my house in Colorado, and I paid attention to the stories about plutonium fires. The fires were described in detail, down to the flammable plastic boxes and gloves used to make the bomb pits. Then the chapter about Windscale in the UK was equally detailed, explaining exactly what can go wrong in a nuclear power plant. Chernobyl and Fukushima were also presented clearly.

The author proved his case that no expert can say exactly how dangerous any particular radiation is. He presents many cases of people and animals living long lives in nuclear zones. He presents other cases of nuclear disasters causing widespread thyroid cancer. We just don't know what is safe.

sneaky-sneaky
3.0 out of 5 stars Grim Prospects
Reviewed in the United States on April 15, 2018
Vine Customer Review of Free Product( What's this? )
While there are certainly some interesting facts contained within the book, at 216 pages and with 27 chapters (if you include introduction and conclusion) then the average chapter is only 8 pages. Fallout therefore feels more like a stitched-together collection of newspaper articles than long narrative verity. The idea of low carbon baseload electricity has always appealed to me, but an industry fraught with secrecy, incompetence, long-term waste issues and 200-year decommissioning horizons just doesn't seem worth it anymore, with both Germany and France independently coming to the same conclusion.
Read more
7 people found this helpful
Helpful
Report abuse
See all reviews

Written as a series of journalistic essays, it is scrupulous in its balance and is critical of the wilder claims of damage nuclear energy has caused.

However, lacks depth in that it fails to consider the benefits of nuclear energy, with regard to climate change in particular, or to examine even briefly how the negatives of nuclear energy compare to those of oil, gas, et al.

A useful contribution to a wider debate, but far from comprehensive.

Amazon Customer
5.0 out of 5 stars Toxic
Reviewed in the United Kingdom on August 13, 2018
Verified Purchase
A comprehensive review of nuclear radiation and its effects.
Read more
One person found this helpful
Report abuse

F. Schreiber
5.0 out of 5 stars Informative, surprising, great read
Reviewed in France on August 10, 2018
Verified Purchase
Fred Pearce opens our eyes to the issue of Nuclear Waste through a rapid history of the rise of nuclear science, and an amazing world tour of nuclear waste sites. Reading is fluid, not too dense but informative at every page. Recommended for anyone that cares about the future of our children and grand-grand-grand..... children.
Read more
Report abuse
See all reviews
Back to top
Get to Know Us
Make Money with Us
Amazon Payment Products
Let Us Help You
EnglishChoose a language for shopping. United StatesChoose a country/region for shopping.
© 1996-2021, Amazon.com, Inc. or its affiliates