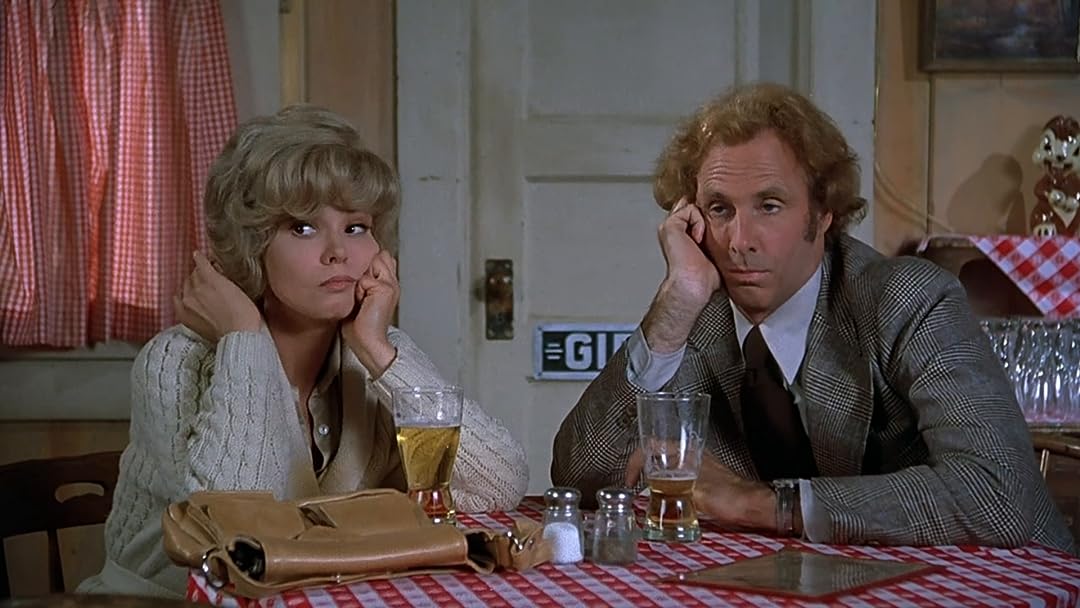 (510)
6.82h1976PG
Director Alfred Hitchock's last film - a lighthearted suspense tale about a phony psychic and her taxi driving, private-eye boyfriend who encounter a pair of serial kidnappers while tracking a missing heir in California.

Bic ParkerReviewed in the United States on October 20, 2019
4.0 out of 5 stars
Last But Not Least (for least, see "Jamaica Inn" or "I Confess")
Verified purchase
Hitchcock's final film is a lightweight thriller in the manner of "North By Northwest". Barbara Harris is a phony psychic looking to make big bucks by tracking down the long lost illegitimate son of a rich old lady's sister. Meanwhile a kidnapper of the rich & famous have the police baffled. Could these two stories be connected? Duh. Critics found a lot to fault when this movie came out in 1976. Same year as "Taxi Driver", "Rocky", "Network", "Coming Home", all stressing their realistic creds. There is nothing remotely realistic in this frothy entertainment. Hitchcock even resorted to rear-screen projection during an important scene about a car careening out of control down a twisty mountain road. But he was playing it for laughs at the same time. So what's to like about this movie? Barbara Harris plays the kooky psychic to a fare-thee-well. Bruce Dern is her perfect counterpart as the put-upon cab driver who does her footwork. William Devane is as icily sinister as any villain in the Hitchcock canon, especially in the close-ups, his voice as reptilian as anything George Sanders ever did. It was the performance of his career. Karen Black went from willing accomplice to reluctant murderer in a most convincing way. There are inspired set-pieces: the segue from the bickering psychic and her cabbie boyfriend to the kidnapper; the maze-like scene in the cemetery; the rapid editing in the kidnapping of the bishop. Kudos too, to John Williams' scoring, both light and spooky. Hitchcock was an old man when he made this picture. His previous effort had been "Frenzy", a huge success both critically and at the box office, but one that stressed horror over comedy. (The scene where the murderer attempts to remove his tie pin from the clenched fist of his victim is nearly unwatchable.) This one is pure entertainment. He actually seems to say as much when he makes his obligatory appearance, in silhouette, in the Coroner's office; not to mention when, in the very last shot of his last movie, he has Barbara Harris, the charming charlatan, turn directly into the camera, look straight at us, and give a slow, smiling wink.
4 people found this helpful

M. SmithReviewed in the United States on April 11, 2019
5.0 out of 5 stars
Entertaining, more complex than it seems at first
Verified purchase
This review is of the Universal Blu-Ray.
A fake medium and her cab-driver boyfriend try to trace the heir to a family fortune, missing since infancy. The heir, now a successful jeweler and suave kidnapper living under an assumed name, does not appreciate someone poking around his past - unaware he is heir to a vast fortune.
I appreciate this film more and more each time I watch it. Though not a cinematic heavyweight like "Vertigo", nor hugely popular like "Psycho", there are numerous Hitchcock touches just beneath the surface - such as the many contrasting differences between the two protagonist couples.
The Blu-Ray image is an improvement over the DVD of a few years ago, but not great. The image is clear and sharp, with solid blacks, but there are occasional white speckles, as well as a large scratch just at the end. There is also noticeable grain in many scenes, particularly those involving special effects. I would give the video quality 4 stars.

Jaime ContrerasReviewed in the United States on September 26, 2021
5.0 out of 5 stars
A final bow to the master of suspense
Verified purchase
76-year old Alfred Hitchcock directed this his final feature film with skill. This dark-comedy and mystery is a multi-layered film with two seemingly unrelated subplots diabolically: a questionable psychic seekinh a lost heir and two kidnappers & jewel thiefs. But, in the hands of Hitchcock and a talenetd cast that inlcudes Karen Black, Bruce Dern, Barbara Harris, William Devane, Ed Lauter, and Kathleen Nesbitt, this complex movie with the typical Hitchcock humor and dark bent works. Barbara Harris beautifully and effectively plays Madame Blanche Tyler, a phony psychic who convinces George Lumley, her boyfriend/cab driver (Bruce Dern) to help her find a missing heir for Julia Rainbird, an aging wealthy woman (Kathleen Nesbitt) for $10,000. Unfortunately, they run afoul of the mysterious Adamsons played by William Devane and Karen Black and henchman, Joseph Maloney (Ed Lauter). This twisting plot will entertain and appreciate the genius of Hitchcock.
One person found this helpful

MRReviewed in the United States on June 26, 2021
5.0 out of 5 stars
A lesser Known Hitchcock Classic not to be Overlooked
Verified purchase
When it was originally released, it was panned by critics as sub-par for Hitchcock’s final movie. But since that time it has garnered much Critical acclaim. It is a true classic, and has proven to be one of Hitchcock’s finest works. The story captures the audience with a unique weave of action, humor, and intrigue as only Hitchcock can create. The cinematography and dialogue are equally superb. In every scene, the audience is made to feel like they are right there in the scene. Especially the scene with Bruce Dern and Barbara Harris when the car loses its brakes.
One person found this helpful

Eve the MuseReviewed in the United States on October 20, 2013
5.0 out of 5 stars
Funny Movie with a Great Plot
Verified purchase
Alfred Hitchcock was the master at making movies that capture your attention and hold it throughout a film. This one is different from others I've seen since it has a lot of funny scenes in it yet it has a great plot just like his other films. I'm a big Hitchcock fan and I like this film a lot. It has great actors and actresses in it, including Karen Black and Bruce Dern. This is a classic in my opinion since it's his last film and fun to watch. I especially love the scene when Bruce Dern has to drive around curves in the road in a car with failed brakes. It's as though you're in the car with him. What a thrill!
11 people found this helpful

ybarry45Reviewed in the United States on February 9, 2015
5.0 out of 5 stars
Great popcorn flick
Verified purchase
Hitchcock's last film was criticized as the director using "old tricks" but I prefer to think that Hitchcock knew it would be his last and so he took a story and incorporated favorite moments from other films as a way of tipping his hat to his audience. It's fun to watch, the performances are first rate and a great way to share a big bowl of popcorn. The film looks good and the special features are OK, even if they seem to be the same as earlier DVD versions.
11 people found this helpful

DonnaJReviewed in the United States on April 3, 2022
5.0 out of 5 stars
One of Hitchcock's best
Verified purchase
Not an over suspenseful or thriller movie, but it keeps you interested. Well written and a good plot. Hitchcock at his best.

LemonReviewed in the United States on August 11, 2019
5.0 out of 5 stars
One of Hitchcock’s Best
Verified purchase
His very last, and one of his very best. The car scene is harrowing! Entire cast is dynamite. Barbara Harris is adorable. Laugh and bite your nails all the way through—it’s funny and riveting.
2 people found this helpful
See all reviews
Back to top
Get to Know Us
Make Money with Us
Amazon Payment Products
Let Us Help You
EnglishChoose a language for shopping. United StatesChoose a country/region for shopping.
© 1996-2022, Amazon.com, Inc. or its affiliates