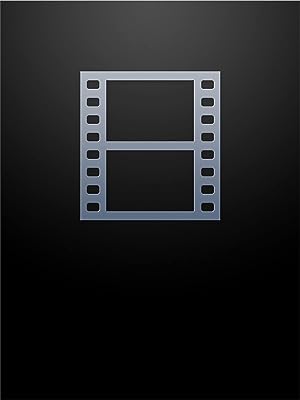 (41)
1 h 30 min2011R
A mother and wife stricken with memory loss allows a dysfunctional family a second chance at harmony and happiness.

IloveromanceReviewed in the United States on September 19, 2020
1.0 out of 5 stars
Bad would be a major improvement
Verified purchase
So much wasted potential. I should have known that when in the opening credits, the theme song title is an F word (and is repeated over and over and over) and is accompanied by nudity that I was going to hate this, but something possessed me to keep watching. I like Dermot Mulroney but even that wasn't nearly enough. The Family Tree is nothing at all like the description except for the wife being left with a case of mild amnesia. It does have some funny moments, but mostly this movie is a lot of sexual humor and situations, swearing, nudity and did I mention, horrible? I saw and felt absolutely no heartwarming attributes at all and the more I watched, the worse it became. I almost turned it off, but by that time I was about 75% finished and figured that i might as well waste the rest of my time by finishing it. Ugh... It's too bad really because I was on a roll watching movies that I expected to be bad but turned out to be good. This one isn't bad, actually. Bad would have been a major improvement.

Russell SReviewed in the United States on November 17, 2014
5.0 out of 5 stars
And you thought your famfily was a mess?
Verified purchase
The DVD cover says "embrace the dysfunction" and you have to if you really want to savor and enjoy this movie as much as I did. I can't possibly tell you about this movie because it has so many facets to it. heart wrenching, funny, ironic, will name it and it is there. Bravo to all the actors. Read the description on the DVD selection for Amazon. Not a bad performance in the lot, not a clunker to be found just a sheer roller coaster ride of terrific. Dermot Mulroney, Hope Davis, Max Thierot (sensational), Brittany Robertson, Chi McBride....the whole cast....Hip hip hooray!
4 people found this helpful

meReviewed in the United States on July 16, 2018
1.0 out of 5 stars
stupid, filled with bad acting
Verified purchase
There is nothing accidental in this film. It's intentionally offensive, stupid, filled with bad acting. I can't believe all the actors that I have seen do well that are in this sleazy waste of time film. I fell asleep, woke up, it was still going and still bad. Waste of time, except for my little nap.
2 people found this helpful

Sandra M.Reviewed in the United States on June 16, 2018
3.0 out of 5 stars
NOT for children or pre-teens! Even the mild mannered, pot smoking, gun nut pastor could seriously confuse a youngster.
Verified purchase
Almost stopped watching during the "dark" comedic R+ rated scene in the bathroom, but wanted to see the part where she loses her memory, so I didn't turn it off. Most of the rest was funny, unusual, and really great acting as well.
One person found this helpful

Jay LaneReviewed in the United States on August 29, 2012
4.0 out of 5 stars
Black Comedy Time
Verified purchase
Black comedy time! This one, presented at the 2010 Seattle International Film Festival and first reviewed by Yours Truly in June of that year, features a classically dysfunctional family: the father, a mildly frustrated mid-level manager, living in a house he can't afford; the mother, a bored do-gooder using her mother's wealth to provide her with a home and charitable projects; the daughter, a Goth teenager who talks a good game but may not be quite as tough as she sounds; the son, a gun enthusiast entertaining thoughts of suicide. This family has actually been fired by a family counselor.

Here's a roster of the actors:
* Dermot Mulroney ("Flash of Genius") is Dad, disheartened by his wife, confused by his daughter, and alarmed by his son's propensity for guns.
* Hope Davis ("Charlie Bartlett") is Mom, nursing an active hatred for her OWN mother, and having a wild fling with a neighbor.
* Brittany Robertson ("Cherry") is the daughter; does that classmate's Mohawk have to be quite so purple and quite so tall?
* Max Thieriot ("Chloe") is the son, trying to be a tough guy for the Lord.
* Keith Carradine ("Nashville") is their minister, who sees their son's marksmanship as a God-given talent.
* Chi McBride ("Pushing Daisies") is the randy neighbor whose enthusiastic lovemaking causes a life-changing accident.
* Jane Seymour ("Wedding Crashers") the world's worst mother/mother-in-law/grandmother.

Mom suffers a brain injury during a zesty tryst with a neighbor. When she awakens from her coma, she can only remember her husband and their early happy courtship and marriage. As family members try to adjust, they slowly come to realize that there just might be a second chance here.

This R-rated romp has fun situations, dark, dark humor, and people to care about. I really enjoyed it! I got my copy from Amazon.com.

Gale L.Reviewed in the United States on October 28, 2020
1.0 out of 5 stars
Vulgar and DIsgusting
Verified purchase
I think those 2 words pretty much describe this worthless piece. Someone's private fantasy I guess. Keep it to yourself.

ariana elizabeth mckinneyReviewed in the United States on October 17, 2020
5.0 out of 5 stars
GOOD
Verified purchase
IT WAS ENTERTAINING TO WATCH
See all reviews
Back to top
Get to Know Us
Make Money with Us
Amazon Payment Products
Let Us Help You
EnglishChoose a language for shopping. United StatesChoose a country/region for shopping.
© 1996-2022, Amazon.com, Inc. or its affiliates