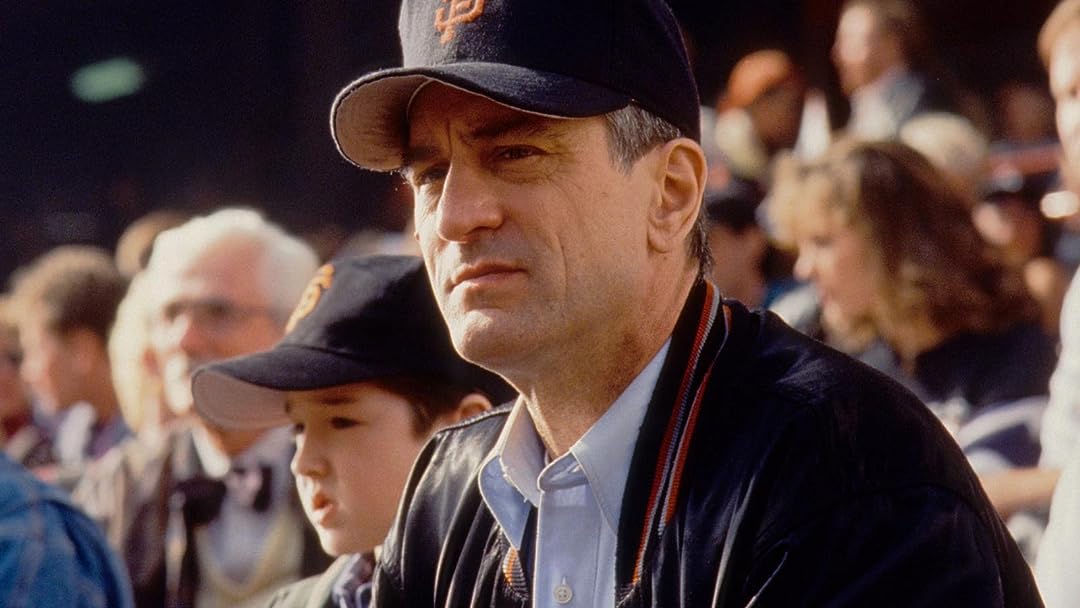 Khristine JacksonReviewed in the United States on October 13, 2020
4.0 out of 5 stars
Base-ball ... Deniro... Snipes....
Verified purchase
Well you know I have seen this movie before ..more like a decade or so back. It's one of those that would air on HBO or Show-time in the middle of the night. You'd watch a few scenes and then drift back off to ....sleep. Robert Deniro is one hell of an ACTOR .! That is why he is regarded one of the finest with his partner in crime "Al Pacino".. they are the cream when it comes to "Italian-American" movie stars of their generation. Wesley Snipes did a great job as well playing a major league player.. The location,the story and the cast were superb. The late Tony Scott who's the brother of Ridley Scott will always be remembered for his keen eye in film making.. Nearly 14 years ago... I met actor Wesley Snipe in person in Hollywood,Ca. Let's just say he's not that nice...in person. Anyways Mr. Deniro does himself justice by playing the bad guy... This movie is perfect for baseball fans...
One person found this helpful

mtdltReviewed in the United States on April 14, 2022
4.0 out of 5 stars
The Fan (1996)
Verified purchase
I watched the Lauren Bacall film "The Fan" (1981) the other night. Ultimately, it was okay. But, too many Bob Fosse-like musical numbers and unmemorable songs slowed it down. It was based upon a novel as is this film -- different authors. This film is the better of the two. More action, more suspense and a pleasure to watch. Robert De Niro, Wesley Snipes, Ellen Barkin, et al give good performances. I highly recommend this film. There is also a 1982 German film "Der Fan" ("The Fan") about a female fan obsessed with a rock star. I will be looking for that in German with English subtitles or a dubbed in English version.

VJDReviewed in the United States on September 22, 2020
5.0 out of 5 stars
What happens to a dream deferred?
Verified purchase
Extraordinary screenplay. Unnecessary foul language at the beginning is quite annoying but the adult actors are among the best I’ve ever seen. I know DeNiro is iconic but in this one, your mouth will drop to the floor at the power of his emotions.
Wesley Snipes also outdid himself. It’s violent; and therefore PG-13 at a minimum.
A little notation about a related theme, or an unforgettable line from a remarkable movie De Niro had directed. A Bronx Tale.
“The saddest thing in life is wasted talent and the choices that you make will shape your life forever.“ -
Writer Actor Producer Chazz Palminteri.

J. WestReviewed in the United States on September 9, 2021
1.0 out of 5 stars
"Pscho Baseball Fan Wasn't Dark Enough!"
Verified purchase
I like Robert De Niro, his best role always and forever in "Taxi Driver" I also like Wesley Snipes in "New Jack City and "Blade part 1 through 3. But in this one was plainly awful. Their acting was slowly dying and I heard that Snipes didn't pay his taxes years ago. I just had to fast forward it. The Robert De Niro character wasn't dark enough as I thought he can be like he did in "Cape Fear" and it was too painful to watch. The Wesley Snipes character need to be more professional baseball player, not basking in his glory. But John Leguizamo and Benicio Del Toro characters were good. But I thought it was too long. I wouldn't recommend this one.

Studly DudleyReviewed in the United States on October 6, 2020
1.0 out of 5 stars
Just an absolute waste of time and talent
Verified purchase
This script is so bad even great character actors like Leguizamo cant prop it up. Snipes and Di Nero are playing themselves as always but there is not much in the way of a rounded character in either.

Strikes me as another typical, two guys have lunch and pitch an unwritten script to each other before calling up their producer friend to hammer out the details. Just a sad sad film.

Marion CapriottiReviewed in the United States on November 6, 2013
4.0 out of 5 stars
Great movie for baseball fans, showcase for great DeNiro performance!
Verified purchase
DeNiro really triumphs as an actor in this underrated film. A baseball fan myself, I was absorbed by the atmosphere and the terrific ball-game filming in this picture -- but above all, DeNiro's performance blew my mind and stays with me.

DeNiro's Gil Renard is a familiar, scary character; he's a violent nutcase who beats his wife while still believing himself to be one of Nature's gentlemen. He just thinks he's been dealt a bad hand in life. He never notices his own pathological selfishness; never notices how his obsessions affect the other people in his life. All he notices is his own overwhelming feeling of violated innocence. Gil Renard thinks he was always a Perfectly Good Guy, until the unfair world crushed his innocence. . . meanwhile, his ex-wife, his son, his baseball idol, HIS son, and even his old best friend from Little League, all are expendable, just to preserve Gil's idealistic image of baseball, and of his own innocence.
4 people found this helpful

pattk77Reviewed in the United States on November 2, 2015
4.0 out of 5 stars
A stought character driven thriller
Verified purchase
I enjoyed this. I'm a fan so to speak...haha... Anyway, the solid acting of the leads holds the story when it gets a bit far fetched. I love character driven thrillers so this concept is right up my taste. A crazed baseball fan goes berzerk over a professional baseball player. Director Tony Scott keeps the movie rolling and taught as you feel on edge over DeNiro's violent personality, like he can and will snap at a moments notice if you cross him. Just try telling a psycopath he can't have his way and see what happens. These people exist in the real world so the movie worked for me while being original and entertaining. We need more high-end concepts in movies today. Not robots.
6 people found this helpful

Jim in CaliforniaReviewed in the United States on April 26, 2014
4.0 out of 5 stars
Good, But Not Great Baseball Story -
Verified purchase
This is a good movie, not great, but it was one that I was in - almost. I was in San Francisco when they were filming a scene in Chinatown and I guess most of it wound up on the cutting room floor. What the movie does portray well is what real jerks are like. Robert De Niro is a maniac (a real nut job), Wesley Snipes is a misguided ball player, Ellen Barkin is an obnoxious sports reporter, and on and on. The movie's only character that gets any of my sympathy is Snipes' son. The movie takes place mostly in San Francisco with some good action at Candlestick Park, which will be torn down in 2014. The rest of the background shots of San Francisco are mostly for those that have been there and can say - "Hey, I was there!".
2 people found this helpful
See all reviews
Back to top
Get to Know Us
Make Money with Us
Amazon Payment Products
Let Us Help You
EnglishChoose a language for shopping. United StatesChoose a country/region for shopping.
© 1996-2022, Amazon.com, Inc. or its affiliates