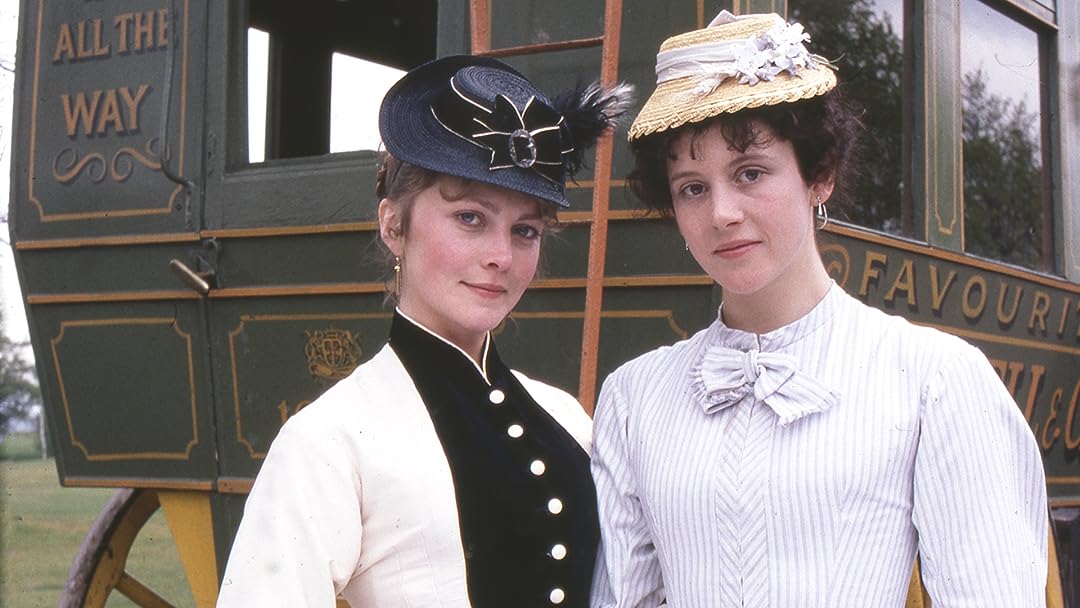 Season 1
(26)
1981TV-14
Michael Sadleirâ€™s lurid story of romance, scandal, and jealousy, set against a background of depravity in Victorian Londonâ€™s demi-monde of the 1870s.

Ranke LidyekReviewed in the United States on October 10, 2018
1.0 out of 5 stars
Wasted hours of my life that I can never get back SPOILERS
LOL What the heck?? Before watching this series: tell your doctor if you have a history of depression or suicidal thoughts or behavior or hate being depressed on purpose
Disclaimer: most common side effects include depression, mental fatigue, confusion, and arguing with inanimate objects (TV); uncommon side effects include nausea, headache, and loss of voice; rare side effects include explosive diarrhea.
I wasted hours of my life that I can never get back! If I could, I would give it 0 stars. It could have been a great series if there had been character progression (there is none), if someone got their comeuppance or if someone got even a smidgen of a happy ending. They could have even given a tiny epilogue that would make the ending not be so heart breaking and soul sucking. I have the news and real life for stories like this. I don't want to waste my time on this junk. SPOILER ALERT!

The bad guys (and gals) win, the hero dies, and the heroine is a selfish idiot.

L'AmourReviewed in the United States on September 22, 2018
2.0 out of 5 stars
And all this was to what purpose?
So rather than ever saying anything even when it was more than warranted, just quiver and give blank looks? Rather than get married and do what makes sense, be a mistress and have a bastard child in a day when that would be an inescapable burden repeating your own life's limitations in your child? Okay, sure. I love BBC dramas for the unapologetic and sometimes dour realness. However, this story was just unsatisfying. I didn't feel for the main character. She was just annoying. Which could have been partly due to the acting.
10 people found this helpful

H7w4r9Reviewed in the United States on October 9, 2018
1.0 out of 5 stars
Garbage
Could not make it past the 2nd episode. Disturbing on the part of the writer and filmmaker that everyone is ambivalent about a child prostitute, or more accurately known as a child victim of human trafficking. Somehow no one cares about her treatment until she is found dead.. Though it is not graphically shown, the storyline is essentially sexual violence against a female child in order to drive the story forward. So sick of misogyny. Garbage writing, garbage acting, garbage cinematography.
10 people found this helpful

Linda DavisReviewed in the United States on November 23, 2019
4.0 out of 5 stars
An old Romantic Drama
Considering this series was 38 years old, the filming itself wasn't no great. looking worn with colors faded. Read it was a novel that was made into a movie in England in the 1940s. meaning the storyline has been around for some time now. The acting was above average...some scenes were much better than others...some looked flake. I did enjoy the Victorian period clothes and horse and carriages. And, there was beautiful filmography of English and French countryside. It was a 38-year-old film, that has a descent plot, above average actors, and it wasn't a waste of time. The original film was banned for three year in the United States because of the scenes in the brothel.
One person found this helpful

sofarReviewed in the United States on September 10, 2018
1.0 out of 5 stars
Dreadful Victorian Melodrama
This is a dreadful Victorian melodrama with unbelievable characters and story lines. The pace painfully slow and the dialogue is terrible. The acting is stiff and heavy handed. It demonstrates the BBC is more than capable of producing terrible programs.
7 people found this helpful

Kathleen M. TaylorReviewed in the United States on July 16, 2020
2.0 out of 5 stars
The worst acting I have ever seen.
The story was interesting, and I did want to continue watching to see how everything turned out. But I considered not watching it through to the end because the acting was so bad. I was constantly reminded how much it was like a high school play. What a waste. It had the potential to be a good series.
2 people found this helpful

Martha Ann KennedyReviewed in the United States on November 12, 2020
3.0 out of 5 stars
The Ending destroys this
many reviewers HATED this miniseries. I didn't, but I have to agree with them that it is a melodrama and the ending is one of those, "Oh crap I don't know how to end this" kind of deals. Still, up until the fourth episode it's like a good old-fashioned Victorian romance novel and I enjoyed it. It almost makes it as a French film with a bit of incest and some cognac...
One person found this helpful

Peter ShelleyReviewed in the United States on May 15, 2001
2.0 out of 5 stars
AKA Man of Evil
This Gainsborough Pictures production directed by Anthony Asquith features James Mason in one of his early supporting roles. Here Mason looks heavier than he would in his later Hollywood period, with unruly hair, no neck and a bullfrog face. His role prefigures his Norman Maine of A Star is Born, as a beastly sensual toff who enjoys slumming with the lower classes, and who periodically crosses Fanny. It’s a pity these crossings are so periodic because Mason is easily the highlight of the film. He brings some energy and a sour taste to the otherwise staid proceedings. Based on the novel by Michael Sadleir, the narrative is meant as an expose of the prejudices of class distinction and parentage of England in the late 1800’s. Fanny begins life at a reasonably respectable station in life, but the discovery that her father secretly operates a meeting place for gentlemen and "actresses" ie a brothel, begins Fanny’s degenerative social spiral. Fanny’s moral purity is demonstrated by her willingness to stoop to servile work, (her fainting when she works in a steamy laundryhouse at her lowest ebb is proof of her sensitivity), and allows for the wealthier characters to look down upon her and thereby reveal their own bigotry. Asquith presents the pleasures of the lower classes without the same judgement, even if we find the belief that those who make these distinctions having a short life span is a liberal social fantasy.... There is an unnoticed irony in Fanny’s situation, since she assumes another name to escape the condemnation associated with hers, yet the original name is one she is not entitled to. However acknowledging this would deprive us of her fall and also end the story prematurely, though considering how Asquith makes it lag, that isn’t altogether a bad idea. As Fanny, Phyllis Calvert has a scene of physical anguish that rivals Lillian Gish in the silents - but overall she's about as generic as Stewart Granger is as her love interest. Margaretta Scott is fun as a woman Fanny works for, and Cathleen Nesbitt as Granger’s disapproving sister has a marvellous scowl. Asquith gives Mason an amusing entrance, with women turning their faces away from him, and a fistfight is entertaining in it’s ridiculousness. There is the shocking period detail of women in a corralled space in a restaurant, waiting to be rescued by a gentleman to be "made love to", and an editing cut from Calvert screaming to a trial testimony.
12 people found this helpful
See all reviews
Back to top
Get to Know Us
Make Money with Us
Amazon Payment Products
Let Us Help You
EnglishChoose a language for shopping. United StatesChoose a country/region for shopping.
© 1996-2021, Amazon.com, Inc. or its affiliates