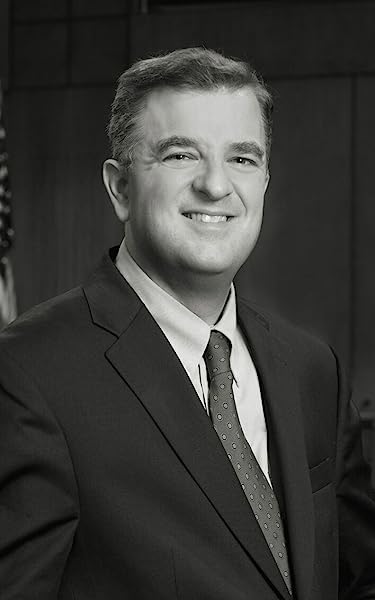 “As befits a good Stoic, Farnsworth’s expository prose exhibits both clarity and an unflappable calm… Throughout The Practicing Stoic, Farnsworth beautifully integrates his own observations with scores of quotations from Epictetus, Seneca, Marcus Aurelius, Montaigne and others. As a result, this isn’t just a book to read―it’s a book to return to, a book that will provide perspective and consolation at times of heartbreak or calamity.”― Michael Dirda, The Washington Post

“It is reported that upon Seneca’s tomb are written the words, Who’s Minding the Stoa? He would be pleased to know the answer is Ward Farnsworth.”―David Mamet

“This is a book any thoughtful person will be glad to have along as a companion for an extended weekend or, indeed, for that protracted journey we call life.”―The New Criterion

“This sturdy and engaging introductory text consists mostly of excerpts from the ancient Greek and Roman Stoic philosophers, especially Seneca, Epictetus through his student Arrian, and Marcus Aurelius as well as that trio’s philosophical confreres, from the earlier Hellenic Stoics and Cicero to such contemporaries as Plutarch to moderns, including Montaigne, Adam Smith, and Schopenhauer… A philosophy to live by, Stoicism may remind many of Buddhism and Quakerism, for it asks of practitioners something very similar to what those disciplines call mindfulness.”―Booklist

“Mr. Farnsworth has written an original and absorbing guide to English style. Get it if you can.”―Wall Street Journal

“For writers aspiring to master the craft, Farnsworth shows how it’s done. For lovers of language, he provides waves of sheer pleasure.”―Steven Pinker

“An eloquent study of the very mechanisms of eloquence.”―Henry Hitchings

“A great and edifying pleasure.”―Mark Helprin

“A storehouse of effective writing, showing the techniques you may freely adapt to make music of your own.” ―The Baltimore Sun

“The most immediate pleasure of this book is that it heightens one’s appreciation of the craft of great writers and speakers. Mr. Farnsworth includes numerous examples from Shakespeare and Dickens, Thoreau and Emerson, Winston Churchill and Abraham Lincoln. He also seems keen to rehabilitate writers and speakers whose rhetorical artistry is undervalued; besides his liking for Chesterton, he shows deep admiration for the Irish statesman Henry Grattan (1746-1820), whose studied repetition of a word (‘No lawyer can say so; because no lawyer could say so without forfeiting his character as a lawyer’) is an instance, we are told, of conduplicatio. But more than anything Mr. Farnsworth wants to restore the reputation of rhetorical artistry per se, and the result is a handsome work of reference.”―Henry Hitchings, Wall Street Journal

“Ward Farnsworth is a witty commentator…It’s a book to dip in and savor.”―The Boston Globe

“Most people will find it a grab-bag of memorable quotations, an ideal browsing book for the nightstand.”―Michael Dirda, The Washington Post

“I want this book to be beside my bed for years to come, a treasure-house of the liquid magic of words.”―Simon Winchester

“A feat of elegant demystification…Farnsworth is able to focus on the finite material of metaphorical referents…a brilliant strategy, both in its utility for writers and the inherent insight Farnsworth’s divisions suggest about metaphors.”―Jonathan Russell Clark, The Millions

4.7 out of 5 stars
4.7 out of 5
46 global ratings
How are ratings calculated?
To calculate the overall star rating and percentage breakdown by star, we don’t use a simple average. Instead, our system considers things like how recent a review is and if the reviewer bought the item on Amazon. It also analyzes reviews to verify trustworthiness.
Top reviews

Mathis
5.0 out of 5 stars Best of its kind
Reviewed in the United States on August 26, 2016
Verified Purchase
Love this book. It's the best treatment of metaphor from a writer's standpoint that I am aware of. The preface describes it as an OED of comparisons, and that gets the effect right. The first chapter is about using animals to describe people. The second is about using nature to describe abstractions. There's a chapter on human biology, a chapter on architecture, a chapter on mythology, and about ten others. The discussions are illustrated with examples from English literature, and the examples are the best part. They make every page interesting. The book is also beautifully designed in terms of layout and typography. Great stuff for the writer or speaker.
Read more
23 people found this helpful
Helpful
Report abuse

Don’t be puny. Don’t be odious. Buy this book.

Carl Reed
5.0 out of 5 stars Book of wonders
Reviewed in the United States on November 19, 2016
Verified Purchase
This book is wondrous, though hard to put into a genre. It's offered as a book about rhetoric, and in a way it is, but I like it best for other reasons. It shows how the best writers have used metaphor to think about everything on earth. All kinds of thinkers are represented, and a giant range of topics is discussed-- philosophy, human nature, the mind, etc. It might be considered a history of imagination. I think it's fascinating.
Read more
8 people found this helpful
Helpful
Report abuse

waynemichael
5.0 out of 5 stars Great reference for writers
Reviewed in the United States on June 30, 2018
Verified Purchase
Highly readable, enjoyable, and useful for writers who want to use analogies and metaphors to better communicate abstract or complex ideas. The plentiful examples are enjoyable, often amusing.
Read more
2 people found this helpful
Helpful
Report abuse

Terri
5.0 out of 5 stars Good addition to my library
Reviewed in the United States on November 21, 2016
Verified Purchase
Great book for the less than perfect, politically correct mind. Like having a good cross cut of reading material. This was a good addition to my personal library.
Read more
Helpful
Report abuse

GinGolfer
5.0 out of 5 stars Happy with Amazon!
Reviewed in the United States on December 15, 2016
Verified Purchase
Can't put it down!
Read more
Helpful
Report abuse

Achmed McGillicuddy
5.0 out of 5 stars Five Stars
Reviewed in the United States on September 20, 2016
Verified Purchase
Reminds me of a story....
Read more
One person found this helpful
Helpful
Report abuse
See all reviews

Page 1 of 1 Start overPage 1 of 1
Previous page
Next page
Pages with related products. See and discover other items: classical art
Back to top
Get to Know Us
Make Money with Us
Amazon Payment Products
Let Us Help You
EnglishChoose a language for shopping. United StatesChoose a country/region for shopping.
© 1996-2021, Amazon.com, Inc. or its affiliates