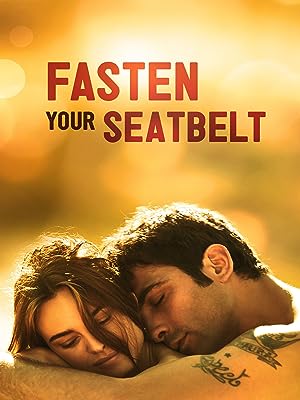 (24)
6.51 h 50 min2014G
Elena and Antonio are not made for one another. Their personalities and life choices are too different. They see the world differently, they relate differently to others, they think and live differently. They're polar opposites.

Lawrence RobertsReviewed in the United States on August 16, 2021
5.0 out of 5 stars
A Wonderful, Touching, Movie about the Good, the Bad, and the Ugly of Love, Life, and Mortality.
Verified purchase
I admit I had to watch this a second time to really understand and appreciate it. The first 40 minutes, while not shallow, primarily due to the great acting by Kasia Smutniak (Elena) and Phillipe Scicchitano (Fabio), and much less so by Francesca Arca (Antonio). Seems that all he has to do is take his shirt off, put on a sulking sexy expression, and that was pretty much his role. I have never seen him act before, but this seems a role that is quite naturally easy for him. I almost abandoned it in the first 40 minutes, but stayed with it because of the chemistry between Elena and Fabio – they played their roles so well – Elena with an almost aloof, but sexually alluring role as the more responsible one, and Fabio as the always cheerful, totally open, and admiring gay friend. The first 40 minutes made it seem like just another movie in a nice setting about a group of young people having parties and lots of sex and generally enjoying their lives. But it got much more serious rather quickly after that. We do a forward flash of 13 years. Elena and Fabio have a very successful restaurant/bar and it seems the only fly in the ointment is Elena wants to expand with another bar and Fabio is content with the one they have. She has two children with her husband, for whom she seems to care little. He does little except drink, watch and play sports, and forget to pay the bills. And, we will find out, play with other women. Elena earns the money from her business, takes care of the household, is the only responsible parent to the children Elena is diagnosed with cancer, serious cancer. Her family and Fabio surround her with concern, help, and true love while her stud husband gets angry and runs off to another woman. Two characters that are endearing and extremely well-acted are the little daughter Guenda and the hospital room mate Egle during Elena’s struggle with cancer. In fact, the little actress who played Guenda (Maria Sole Paccinni) was one of the highlights of the second half of the movie. Her facial expressions, her body language and mannerisms, and her often curt, but quiet one-line responses were simply heart melting as she watches in childish horror her mother slipping away. Antonio finally comes back, and tries to be a decent person, but that seems a stretch for him. His way of consoling his dying wife is to make love to her in the hospital when she is terribly ill from her treatments. In the conversation they have just before that, she tells him she always loved him, and for exactly what he was. She never wanted him to change. I interpret that as meaning, she didn’t really need him for anything but sex, since that seems to be all he was capable of. I admired her character greatly, and I think we should not look upon her as a woman so in need of his sexuality that she endures unfaithfulness and irresponsibly just to keep it. Instead, I saw her as a woman so capable, so talented, so strong that she only kept him around for it. She didn’t need him for anything else. When we see strong, capable, successful men with a babe on their arm, we admire them. When we see a strong, successful woman with a stud muffin – we see a woman so weak she will keep a man just for that. Quite a double standard. We never are told whether she dies or not. There is a flashback scene at the end where they go to the beach where they first made love that allows us to interpret it either way. A brilliant device to end the movie, I thought. I will keep my interpretation to myself, so that you can find your own. A wonderful movie. Stay with it and it will really draw you in.
One person found this helpful

ErdaReviewed in the United States on November 28, 2021
5.0 out of 5 stars
A Reminder That Love Comes in Many Forms
Verified purchase
I am a bit dismayed by some of the other comments because this movie is not just about sex; in fact, the sex scenes are few and far between and very tame compared to what we see these days in so many other films. This movie is about love that comes in different forms and combinations: Love between an ambitious woman, Elena, and her longtime roommate and friend, Fabio, who is gay; love between a beautiful but perhaps superficial, blonde, Elena's childhood friend, who sees a man with money, Elena's former boyfriend, as the path to happiness; and with Elena and Antonio, love between a man and woman who are very different but bound by chemistry AND their willingness to love each other for who they are. In the scene where, as one reviewer notes, Antonio initiates sex with his wife as she lies in a hospital bed, I saw this not as a sexual predator pouncing on a victim but as a man expressing his love in the only way that he knows how - and that was very moving. This is a film that touches your heart and reminds you that we are all human. As the saying popular in the US in the 1960s goes, different strokes for different folks!
One person found this helpful

neaReviewed in the United States on July 6, 2021
5.0 out of 5 stars
Unusual and raw, but grabs you.
Verified purchase
I actually stopped watching at one point because I was looking for a romance and not just casual sex, but came back and so glad I did. It explored a relationship build on attraction and lust and LOVE. I got very sad at one point and then the ending came with the twist and it was such a welcome relief. I found this movie to be very well acted, I liked the direction and the cast. I will watch it again and that for me is a definite stamp of approval.
One person found this helpful

Amazon CustomerReviewed in the United States on May 23, 2021
3.0 out of 5 stars
Don't bother putting on your seatbelt, you won't be needing it.
Verified purchase
Nice scenery and script. I couldn't believe the story line. These two people are way too different. Wonderful scenes of Francesco's muscles from his head to his toes. Flash backs and flash forward were unusual. Spoiler alert!
Elena must be able to have these visions of what happens after she dies? Hard to believe a woman with very close gay friend and business partner would marry a seriously loud, rude homophobic man? Maybe because of a strong physical attraction? I kept waiting for something to happen that made me need a seatbelt. Did I miss something?
5 stars for sex scenes!!

Michelle FinnReviewed in the United States on June 2, 2021
4.0 out of 5 stars
So very ENDEARING!!
Verified purchase
I love the romance between "Elena" and "Antonio", I get it is more common than we hear about, going for a best friend's boyfriend, in this case, no boundary of respect had been disregarded. I love the reveal of how the best friends had come to their own understanding that each had been extremely concerned of the others heartbreak and found the humor in it all. As to Elena's hardship with an illness, I view more critically all of the supporting characters, especially close to Elena as she faced the reality of her unhappy marriage!

FeliciaReviewed in the United States on May 25, 2021
1.0 out of 5 stars
Rating should be MA. Not for young girls to watch.
Verified purchase
Language and sexually explicit. Do not let young girls watch. Rating needs an 18plus or more.
3 people found this helpful

MRSReviewed in the United States on July 17, 2021
5.0 out of 5 stars
This film is a sleeper
Verified purchase
Very powerful in a quiet way. Could have been sentimental and soppy but, like Ozpetek's other films, never is. The relationships between the characters and its theory of what it means to love are beautiful.
See all reviews
Back to top
Get to Know Us
Make Money with Us
Amazon Payment Products
Let Us Help You
EnglishChoose a language for shopping. United StatesChoose a country/region for shopping.
© 1996-2022, Amazon.com, Inc. or its affiliates