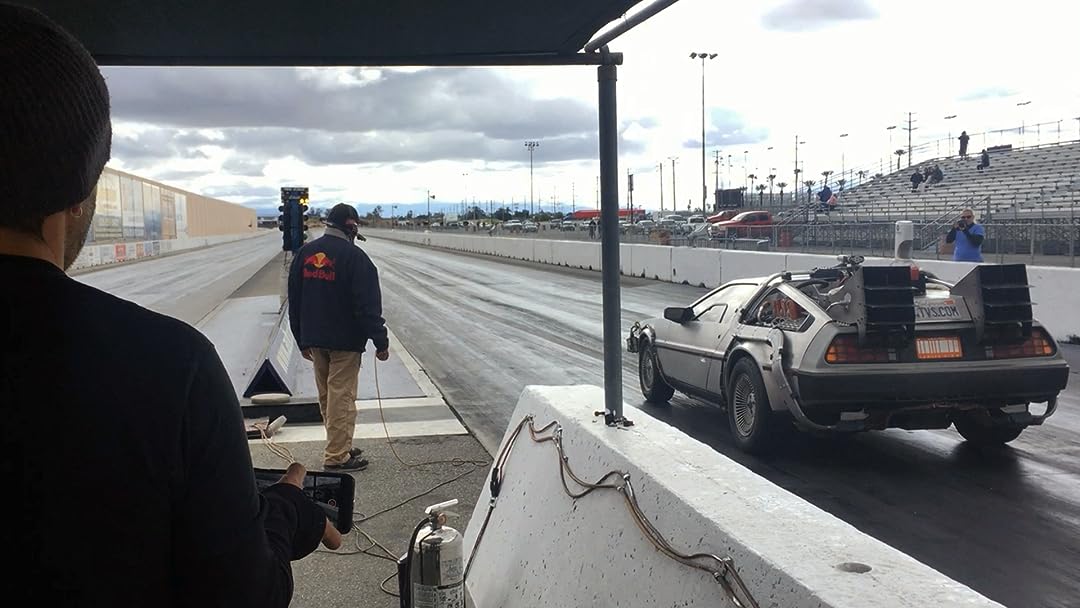 Darren M. FitzgeraldReviewed in the United States on March 14, 2019
1.0 out of 5 stars
Don't bother watching
Verified purchase
Sums up easily: Adam Kontras has a movie replica which he doesn't do maintenance on, but it's his lifeblood for money. Comes up with hairbrain plan to upgrade the motor and make the fastest Delorean in the world. His brother did some amazing work but due to the age of the car and the constant nagging by Adam Kontras about needing the car for gigs his brother walked away from the project. He was probably doing the work for free to help his brother out but couldn't get all the issues worked out. Major plot hole here and Adam Kontras tries to make himself look like a good guy in the film. Adam Kontras gets the Delorean back and with some work of his own it is now the fastest Delorean in the world. Trust me don't waste your time on the movie this summary is all you need.
21 people found this helpful

Sage WordsReviewed in the United States on March 9, 2018
5.0 out of 5 stars
Delorean, Time machine, Race, brothers, dreams
Verified purchase
This was an incredible film! I remembered Adam from the original Back to the Future documentary, Back In Time. His love of the Delorean and his friendship with Don Fullilove (Mayor Goldie Wilson) was an interesting side note in that story that kind of stuck with me.

Now Adam is back to tell us just how far that story went. Starting with a random thought about fast Deloreans, Adam's idea takes over his life, his business, and even a family relationship, and he brings us all along for the ride!

I watched this first and foremost because I have always loved Deloreans, and could only dream of doing what Adam has done here! But I found myself far more drawn into his journey, and his relationships with the people who helped him pursue his dream. The car almost became an afterthought.

This film tells the story of obstacles, adversity, and determination, with some twists you would never expect! From one person letting Adam down in the worst way, to a random stranger who helps renew Adam's passion and get his dream back on track, this story really shows you what happens when you refuse to quit, even when it makes sense to do so!

Thanks for a great story, Adam!

Danny D.Reviewed in the United States on March 15, 2021
5.0 out of 5 stars
The messy art of the follow through.
Verified purchase
If you have not seen, “The Fastest Delorean” parts 1&2 you should check it out.
Adam Kontas is a guy who built a dead ringer for the “Back to the Future” Delorean. It is better than any of the cars from the film.

He then decides he wants to drop a 500 horse crate motor in it to run a 12 second quarter mile.

If you have ever owned a Delorean or worked on one you know these are not great automobiles. 40 year old ones are worse.

These are films about success. One thing all successful people have in common is they are experts at not succeeding. I’ve never met a single successful person who didn’t spend 90% of their time failing. They live in the 10%. I know I’ve asked.

The thing that separates successful people is they do not possess one once of quit. They also do not fear change. Adapt, improvise and just don’t quit.

That is this story and it’s a good one.
One person found this helpful

Big PerchReviewed in the United States on March 13, 2019
5.0 out of 5 stars
If you’re a car guy or gal, worth the watch
Verified purchase
I was flipping through Prime and being a car guy and BTTF fan decided to check it out. As someone that tried (and failed) getting big horsepower out of a vehicle never meant for big horsepower I was hooked immediately. My wife came in about 20 minutes and she watched the whole thing too. We enjoyed the chemistry between Donald and Adam. The four dudes hanging out after the first raceday was fun too.
Don’t want to give anything away but I may have shed a tear at tne end and request....nay...demand a follow up
2 people found this helpful

GregReviewed in the United States on January 26, 2019
2.0 out of 5 stars
9 out of 10 teenagers know more about cars
Verified purchase
Lots of unecessary swearing. Even more lack of car knowledge.
I want these 96min of my life back!
9 people found this helpful

DanielReviewed in the United States on May 19, 2019
3.0 out of 5 stars
TOOOOOOOO LOOOOOOOOOONNNNNNGGGGGGG
Verified purchase
The premise of the story was interesting knowing the history of the Delorean; however, this film gets bogged down in loads of unneeded shots of ancillary moments.

The worst part is the consistent use of text message images on the screen which in many cases are EXTREMELY difficult to read..

This could have been cut to well under an hour. On the flip side if this had been a History channel show, it would have been dragged out for 4 seasons of 1 hour episodes where nothing ever happens.
3 people found this helpful

Yankee GoodfellaReviewed in the United States on March 9, 2021
5.0 out of 5 stars
Adam is definitely the guy you wish was your best friend
Verified purchase
This is an amazing story about an incredible guy who refuses to give up, no matter what. I’m a huge “Back To The Future” fan and the DeLorean is one of the most iconic movie cars ever, which makes this journey even more magical. So many incredible stories involving the BTTF cast and fan base. I highly recommend this movie, just make sure you buckle up for the emotional roller coaster that will have you rooting for Adam until the very end.
One person found this helpful

BobReviewed in the United States on March 29, 2019
3.0 out of 5 stars
A lot more interesting than you'd think
Verified purchase
The film could have benefited from a few lines of text at the end. Have the brothers reconciled. How much did he wish he'd had that transmission checked out before he shipped it out. Why he would risk his lively hood making pass after pass on a track with no racing experience.

The movie was cut together well, even the text exchanges were heart breaking. No idea why the brother wouldn't have dyno'ed the engine before he put it in the car but I guess that wouldn't have made for movie magic.
One person found this helpful
See all reviews
Back to top
Get to Know Us
Make Money with Us
Amazon Payment Products
Let Us Help You
EnglishChoose a language for shopping. United StatesChoose a country/region for shopping.
© 1996-2021, Amazon.com, Inc. or its affiliates