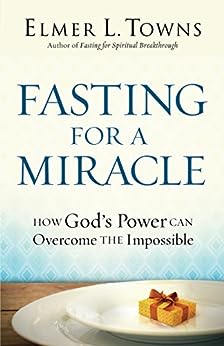 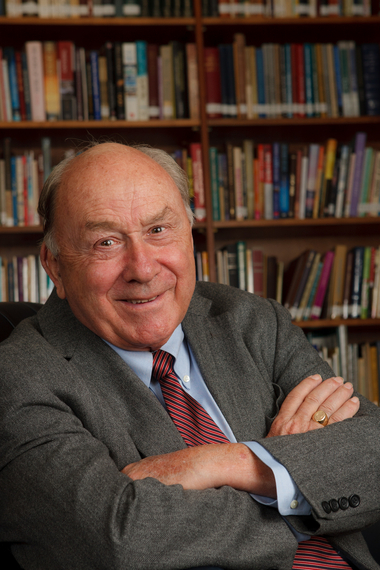 Fasting for a Miracle: How God's Power Can Overcome the Impossible Kindle Edition

by Elmer L. Towns (Author), Jack Hayford (Foreword) Format: Kindle Edition
See all formats and editions
Sorry, there was a problem loading this page. Try again.
The fastest way to extreme breakthrough. Why fast? Because fasting builds extreme faith, and believers need extreme faith to overcome the impossible. In Fasting for a Miracle, bestselling author Elmer Towns shows readers that God often partners with His people to do the impossible through the spiritual disciple of fasting. When believers obey God's Word and fast, the Spirit grows their faith, fulfills God's promises, and moves in miraculous ways. Readers will discover the seven different types of miracles and find incredible true stories of fasting miracles--like the man who should be dead but still lives, the financial crisis that was overcome, and the miraculous peace that invaded chaotic circumstances. Plus, Towns offers practical guidance for how to fast wisely and biblically.
Read more
Previous page
Next page

It is my privilege to endorse this book because in 1985, as the story in this book relates, I was miraculously healed as a result of the prayers of Dr. Jerry Falwell, Elmer Towns and 5,000 Liberty University students. Your reading of Fasting for a Miracle will give you faith to pray for others whom you think can be healed.
Vernon Brewer
Founder and President, World Help

From the day of Dr. Elmer Towns’s salvation until today, he has lived his life through the miraculous dimension that most people can only dream about. God answers his prayers! When you read Fasting for a Miracle, you will learn how to fast and pray in a manner that moves the heart of God for the miraculous to be unleashed in your life.
Dr. James O. Davis
Founder, Cutting Edge International, Co-founder, Billion Soul Network

I believe God answers prayers supernaturally, because I was fasting and praying when God led me to my future wife. I know that fasting works, and I want you to read the stories in this book and to fast for a miracle.
Daniel Henderson
President, Strategic Renewal

I praise God for this book that tells the miraculous story that I am alive. Because of the prayers of my father and Dr. Jerry Falwell, I lived through one of the worst accidents imaginable. Today, I lead the prayer ministry at Liberty University. Read my story and the other great stories in this book.
Charles Hughes
Prayer Pastor, Liberty University

ELMER L. TOWNS is Vice President and Dean of the School of Religion at Liberty University, which he co-founded in 1971 with Jerry Falwell. He teaches the 2,000-member pastor's Sunday School class at Thomas Road Baptist Church in Lynchburg, Virginia. Dr. Towns is a Gold Medallion Award-winning author, and his books include Fasting for Spiritual Breakthrough and How to Pray When You Don't Know What to Say. Elmer and his wife, Ruth, have three grown children.
--This text refers to an out of print or unavailable edition of this title.

Dr. Elmer Towns is a college and seminary professor, an author of popular and scholarly works (the editor of two encyclopedias), a popular seminar lecturer, and dedicated worker in Sunday school, and has developed over 20 resource packets for leadership education. He began teaching at Midwest Bible College, St. Louis, Missouri, for three years and was not satisfied with his textbooks so he began writing his own (he has published over 100 books listed in the Library of Congress, 7 listed in the Christian Booksellers Best Selling List; several becoming accepted as college textbooks. He is also the 1995 recipient of the coveted Gold Medallion Award awarded by the Christian Booksellers Association for writing the Book of the Year, i.e., The Names of the Holy Spirit.

He was President of Winnipeg Bible College for five years, leading it to receive American Accreditation and Provincial authority to offer degrees (1960-1965). He taught at Trinity Evangelical Divinity School, in greater Chicago, Illinois, in the field of Religious Education and Evangelism (1965-1971).

He is co-founder of Liberty University, with Jerry Falwell, in 1971, and was the only full-time teacher in the first year of Liberty's existence. Today, the University has over 11,400 students on campus with 39,000 in the Distance Learning Program (now Liberty University Online), and he is the Dean of the School of Religion.

Dr. Towns has given theological lectures and taught intensive seminars at over 50 theological seminaries in America and abroad. He holds visiting professorship rank in five seminaries. He has written over 2,000 reference and/or popular articles and received six honorary doctoral degrees. Four doctoral dissertations have analyzed his contribution to religious education and evangelism.

Suki
5.0 out of 5 stars God has been calling me to fast.
Reviewed in the United States on December 12, 2021
Verified Purchase
This book was recommended on a forum about extended fasting. I immediately ordered the book to my kindle and started reading it within minutes. Reading and hearing testimonies as a result of fasting and praying accelerates my faith. I feel empowered and I know I can do it too.
Read more
Helpful
Report abuse

Val S.
5.0 out of 5 stars Love this book!
Reviewed in the United States on December 6, 2019
Verified Purchase
This book was such a blessing to me. The stories will knock you off of your feet. God is so good!
Read more
2 people found this helpful
Helpful
Report abuse

Revival Living
3.0 out of 5 stars Interesting
Reviewed in the United States on December 24, 2014
Verified Purchase
Good points. More stories than instruction. Will read again but not often. I would recommend but not before many others.
Read more
Helpful
Report abuse

Amazon Customer
5.0 out of 5 stars LIFE CHANGING BOOK
Reviewed in the United States on January 29, 2014
Verified Purchase
I would recommend this book to everyone. It was life changing for me. I never understood fasting and knew that was supposed to be part of my Christian life. Other people attempted to explain it to me but I never quite got it. This book was interesting and informative. I understand the why, how and when now. This would be an excellent independent read or a group study / discussion.
Read more
2 people found this helpful
Helpful
Report abuse

Michelle O
5.0 out of 5 stars Truly inspirational
Reviewed in the United States on December 7, 2016
Verified Purchase
Amazing book. This book will truly inspire you and restore your faith !
Read more
One person found this helpful
Helpful
Report abuse

Levi Orlick
5.0 out of 5 stars Enjoyed it from cover to cover.
Reviewed in the United States on April 25, 2013
Great explanations of different types of biblical fasts. Also stories to illustrate the power of fasting. I would recommend this book to all Christians who desire a closer walk with God.
Read more
3 people found this helpful
Helpful
Report abuse
See all reviews

BB
5.0 out of 5 stars Five Stars
Reviewed in the United Kingdom on September 20, 2015
Verified Purchase
great book, this will inspire you
Read more
Report abuse

Mrs.Reshmi Melvin
5.0 out of 5 stars Five Stars
Reviewed in India on March 16, 2016
Verified Purchase
this book truly good & beneficial for anyone who r need or thirsty for a miracle in one's life.
Read more
Report abuse
See all reviews