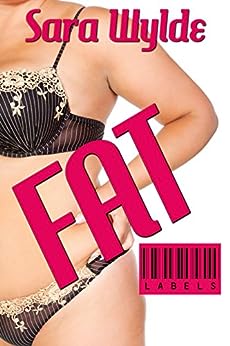 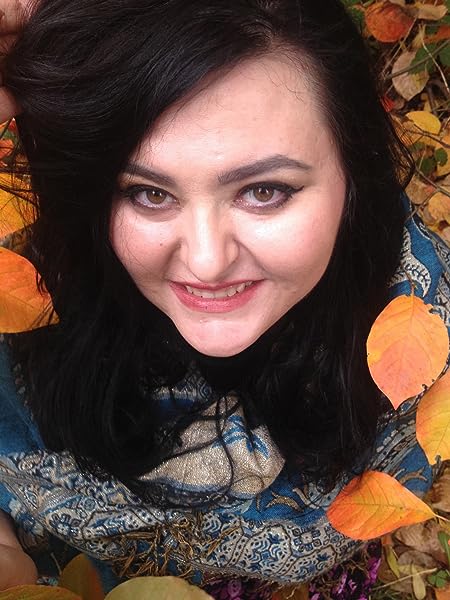 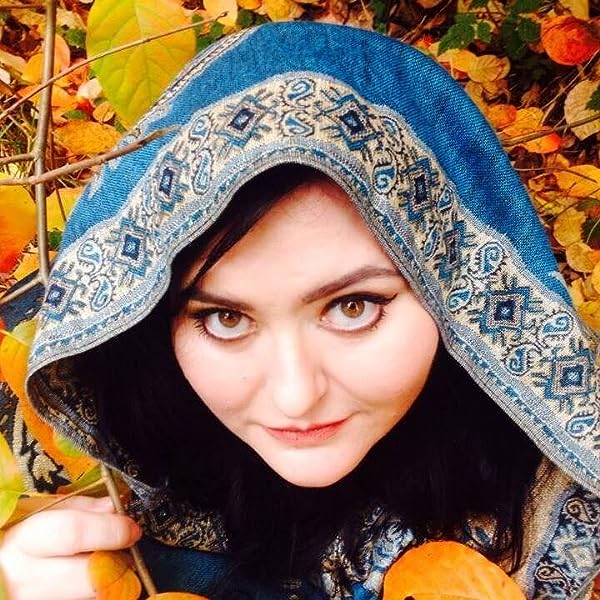 by Sara Wylde (Author) Format: Kindle Edition
Book 1 of 2: Labels
See all formats and editions
Sorry, there was a problem loading this page. Try again.
“You’re pretty, for a fat girl.”

That’s nothing Claire Howard hasn’t heard before, and there’s part of her that doesn’t care, that thinks it’s okay to love herself just the way she is. Then there’s that other voice in her head, the one that plays on a constant loop that gets louder whenever people scrutinize her dinner order, snicker when she needs a belt extender on a plane, and outright laugh when they see her with her the kind of man they don’t think fat girls deserve. It reminds her that existing while fat is the worst thing in the world. It’s worse than being ignorant, bigoted or cruel—at least according to society’s standards. Even when she has the attentions of two men who are the embodiment of fantasy.

But it’s not their love that matters, it’s her own. Fat is a brand that’s been seared into every aspect of her life—even her heart. Can Claire love herself enough to reach past the labels for her own happiness?

"It wasn't just Claire's journey - it was mine, as well. You managed to drag me out of my own world and drop me squarely in Claire's - you made me care. And that, to me, is worth the price of admission anytime." -Mary Kate, Dear Author, ****Recommended Read****


"This is a love story mainly because Claire takes the journey to loving herself - rolls, dimples, and all. It's one thing to talk a good game, she learns, and another to play. I loved the story." Kat's Pick, ARE Cafe

2014 Book of the Year Coffee Time Romance by reviewer Virginia.

Sara Wylde is the crackfic! contemporary pen name for PNR/UF author Saranna DeWylde. She rather imagines that all the pen names live in the same dorm in her head and frequently have discussions that look and sound something like an episode of Herman's Head.

4.5 out of 5 stars
4.5 out of 5
84 global ratings
How are ratings calculated?
To calculate the overall star rating and percentage breakdown by star, we don’t use a simple average. Instead, our system considers things like how recent a review is and if the reviewer bought the item on Amazon. It also analyzes reviews to verify trustworthiness.
Top reviews

Mindy Fletcher
5.0 out of 5 stars We all label and maybe we should look at that...
Reviewed in the United States on May 4, 2014
Verified Purchase
I waited impatiently to get my eyes on this story and it was worth the wait! Saranna DeWylde did not disappoint me but then I wasn't expecting she would.
Being a "Fat" girl myself it was highly relatable as I cheered Claire on when she got onto people for labelling her as something lesser solely based on her body size. I also felt her pain of constant internal dialogue behind that like me as I am or shove it front where deep inside it is still always a struggle to swim against the tide of what everyone else in the world tells you is beautiful and what you should "be". I loved that Claire stood up for herself and what she wanted and needed when the guy of her dreams was still offering her crumbs. I loved that she realized some friends are not friends at all and just not worth having in your life if they don't have your back in all things... I could go on because I loved pretty much everything about the story. I also loved that Saranna DeWylde set up new characters that I just can't wait to read their stories of breaking out of labels and hopefully keep up with Claire and her progress on her journey!

Cindy_D
5.0 out of 5 stars "You're pretty, for a fat girl
Reviewed in the United States on April 22, 2015
Verified Purchase
Normally, when Saranna has a new book out, I read it asafp. But with this one, I couldn't. I had to wait. Because I'm such a huge fangirl for anything she puts out, I saw all the graphics for this book on Facebook. I saw some excerpts. And I knew that I couldn't read this one until I was ready for it because I knew that it would hit close to home.

Yeah. Claire's mental loop of self-doubt was eerily familiar. So I bought the book, and it sat on my kindle, waiting for a day when I felt beautiful and good about myself to read it.

All that being said, I liked this book. It sent me on an emotional roller coaster of my own as I watched Claire go through hers. I cheered when Claire decided that she was better than what she'd been settling for, and when she took control of her own happiness. Because I had finally found mine, and knew that feeling. :)

K
4.0 out of 5 stars Fat
Reviewed in the United States on May 6, 2014
Verified Purchase
I was pleasantly surprised by this. It isn't so much a romance or love story, in the traditional sense. Claire is "pretty, for a fat girl". She's 5'10" and a size 26. She's opening a business designing her own clothing line called "Chubbalicious". She owns a house (her childhood home) and has a room mate, Kieran. He is her best friend and a stripper. He's loves the ladies and freely spreads the love. The only thing she's asked of him is not to do her friends. The story opens at a birthday bash for her friend, April. April has requested, as her birthday present, a night with Kieran (Finn McCool is his stage name/alter ego) and Kieran agrees. This causes Claire to realize she's feeling/wanting more than friendship from Kieran. Kieran is pushing Claire to date another male stripper, Brant. He's 5'6" and has asked Claire out multiple times, but she's refused. After Kieran points out that her not wanting to date Brant because he's shorter than she is and that makes her kind of an a-hole, she agrees to go out with him. And, so it begins.

There isn't anything really unpredictable about this story. I knew what was going to happen and hoped for how it would turn out. But, at the same time, I like a romance with the build up of first touches - the excitement of new love. There wasn't much of that. And there isn't a happily ever after. Or even a happily for now, really. Yet, it ended as I wanted. So, I'm conflicted about that. But, this is labeled as "volume 1", so I'm guessing there will be a follow up. I just hope Claire keeps moving forward, if that's the case.

There is a menage scene, but it isn't a multiple partner relationship. I found myself doubting a lot of Claire's realizations, but that's my own issue because I have experience with it - I enjoyed Claire's journey. Also, I totally do not get the whole male stripper thing and when I first realized a lot of this was going to involve "heros" who do that, I wondered if I was going to have to stop reading. But, somehow, it just didn't bother me that much.

I'm not super knowledgeable about sentence structure and that sort of thing. I can't always pinpoint what's technically wrong, but I notice oddly phrased sentences and things like that. Spelling errors and missing words are VERY obvious to me. I didn't see much of that at all. I thought this was a well written book. This is the first by Saranna DeWylde (or any of her pen names), that I've read. I have already started looking for other books she's written.
Read more
4 people found this helpful
Helpful
Report abuse

J M R
5.0 out of 5 stars A must read!
Reviewed in the United States on May 4, 2016
Verified Purchase
Sara Wylde has fast become one of my favorite authors. Her voice is so unique and genuine. The labels series is ingenious, and the characters are so authentic and believable. This is the first book of the series that I have read and after reading this one, I cannot wait to read Slut. I sincerely hope Ms. DeWylde publishes more in this series.
I love Claire and how real and brutally honest she is. Written in the first person, we’re really able to get into her head and being “Chubbalicious” myself I totally understand this character. I would like to say that Claire could’ve been me in my 20’s, but I was never quite that confident or outgoing. So I guess I will have to relive my 20’s vicariously through her. And living life is just what she does. Claire doesn’t let, “You’re pretty for a fat girl,” stop her from getting what she wants. You’re going to be cheering for her, crying with her, and loving every minute of it. I have to say there is a male or two I would like to smack upside their head. How could they let a catch like Claire get away!!
This book was actually refreshing. Honest, real, and unlike any other I have read in a long, long time. Ms. Wylde really outdid herself with this book, and I look forward to reading Slut for another raw, honest, believable portrayal.
Read more
Helpful
Report abuse
See all reviews

RaeAnne
5.0 out of 5 stars Loving yourself is there anything better.
Reviewed in the United Kingdom on May 1, 2014
Verified Purchase
If ever a book showed you how to realize that you have to love all of yourself and that you deserve your dreams this is it. Claire has to figure out that for herself before she can reach for the stars and when she does she will be an unstoppable force of nature and splendor. This book has all the emotions you ride the roller coaster with Claire through the turmoils of the potential relationship with her best Irish flatmate to the launch of her business it's one hell of a ride.
Read more
2 people found this helpful
Report abuse