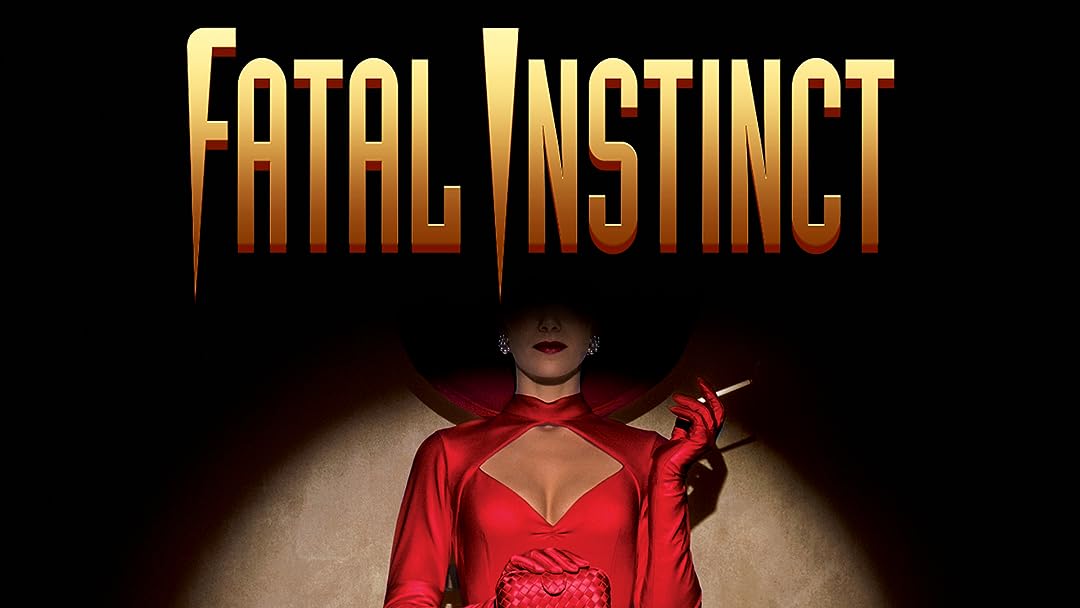 (378)
5.71 h 29 min1993X-Ray16+
Carl Reiner directs this side-splitting spoof that stars Armand Assante, Sean Young and a host of familiar faces in a series of suspense-thriller parodies.

Mark Alan EldridgeReviewed in the United States on August 21, 2016
3.0 out of 5 stars
Changed for Blu Ray. : (
Verified purchase
I would have given this 5 stars (I love the silly comedies), but they've re edited this movie (slightly) and changed some of the music in it.
If you've never seen this movie, you probably won't buy it anyway. But if you have... You'll be scratching your head about the changes.
Van Morrison's "Brown Eyed Girl" is no longer in the hat/dance scene, and the circus music (that's probably old enough to be public domain) that plays while Sean Young spins the plates has also been changed.
Couple that with the "In-a-gadda-da-vita" scene in the bathtub having the song that they are discussing removed and replaced with an unknown substitute, and you get dissapointment.
Anyone who hasn't seen this movie won't be too terribly affected by these changes, but I was. I used to watch this movie fairly regularly until VHS went the way of the dinosaur.
It's still funny, seeing it in letterbox is great, the cast is quite good. If you like the campy spoof movies of today, you will probably appreciate the film (if you can pick up the references).

Avid readerReviewed in the United States on March 13, 2022
3.0 out of 5 stars
Just seemed off
Verified purchase
A nice try, and they followed the idea of throwing everything against the wall to see what sticks, but for me, there simply wasn’t the comedic timing that some of the parody movies have. There was the running gag about stuff stuck to the bottom of the shoe, but for what point? Same with the sax player. And in the one murder scene in the garage, after they mentioned to be careful due to all the blood on the floor, the falling down of those around the main characters simply went on far too long. It was a lot of absurdity without the timing. Decent actors, but they didn’t have the timing for the jokes needed to make a good movie. I wanted to like the movie, but it simply fell flat too often.
One person found this helpful

Buddy1492Reviewed in the United States on August 10, 2021
2.0 out of 5 stars
A disappointment
Verified purchase
I saw it was directed by Carl Reiner and thought it would be good for some laughs, but it's not. Armand Assante isn't funny at all and the script isn't either. There are quite a few Reiner-style gags that just don't come off well.
4 people found this helpful

Tom ChickoryReviewed in the United States on April 11, 2020
4.0 out of 5 stars
Decent. Major studio quality. Pretty well crafted. If you like Mel Brooks this should be good.
Verified purchase
Mostly unknown (to me anyway) actors but good job. Good pacing for the most part with little or no filler. Good quality cinematography which is so lacking in most less than blockbuster moves today. I never thought oh it's being filmed on a stage in a movie studio. A good use of your entertainment time budget if you like this type of comedy and topical reference satire. I had to laugh a a few things which is for me unusual because I find most comedy to rather forced, although i doubt i will have anyone rolling on the floor. So I reserve five start ratings for only the very best but this is a solid four in my opinion. Amusing, well made, a bit violent perhaps for very sensitive people but not a gore feast and you can see it coming from a mile away especially if you are familiar with the general plot of Fatal Attraction.
2 people found this helpful

HalReviewed in the United States on August 13, 2017
3.0 out of 5 stars
Get the DVD Version, not Blu-Ray
Verified purchase
The DVD version is MUCH better. For some reason, the Blu-Ray version has different music. For instance, the DVD version has "In-A-Gadda-Da-Vida" by Iron Butterfly playing when the actors are in a bath tub, AND, they are talking about the song. The Blu-Ray version has a REALLY lame song playing, and they are still talking about "In-A-Gadda-Da-Vida." The scene where Sherrilyn is trying on hats is another example. Get the DVD version.
13 people found this helpful

HeyooooReviewed in the United States on August 23, 2021
5.0 out of 5 stars
Brown eyed girl song changed 2 times on Amazon
Verified purchase
I love this movie and watching this the song was changed from a Irish singer to a a jazz song and other weird R & B. I reported and was altered. I find this unbelievable that one of my favorite movies has had its audio altered but apparently they were to lazy to edit the subtitles. Welcome to the future of editing our past.
One person found this helpful

SpiritedwyndReviewed in the United States on May 9, 2022
5.0 out of 5 stars
Oh happy day!
Verified purchase
I bought this movie because it’s one of those ridiculous slapstick parody movies that always makes me laugh. I’ve been so frustrated as streaming services have been showing it with different music which made the comedy awkward at times. I was so excited to see the music is as it should be in this Blu-ray. Brown eyed girl and inna gada divida (I’m sure that’s probably wrong) are back!

Karen with a KindleReviewed in the United States on October 22, 2016
1.0 out of 5 stars
Not the original - music has been substituted!
Verified purchase
[[ASIN:B013C6OUF4 Fatal Instinct [Blu-ray]]] WARNING this is NOT the original version -- the music has been replaced, which seriously detracts from the film (particularly in one case where they refer to the song, and it's NOT the song they are talking about). I was getting this to replace the original that I loaned out and never got back, but had I known that this was a version with substituted music, I would not have bought it. The movie itself was funny, but not nearly so with the music replaced. Also, not much for additional features. Really not worth the money.
24 people found this helpful
See all reviews
Back to top
Get to Know Us
Make Money with Us
Amazon Payment Products
Let Us Help You
EnglishChoose a language for shopping. United StatesChoose a country/region for shopping.
© 1996-2022, Amazon.com, Inc. or its affiliates