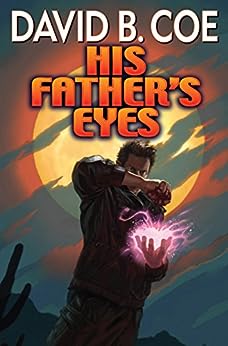 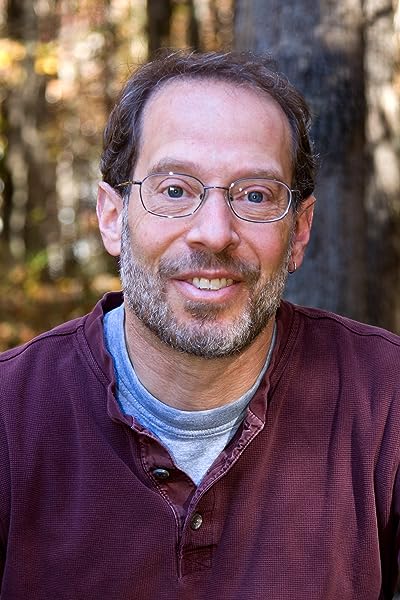 by David B. Coe (Author) Format: Kindle Edition
Book 2 of 3: The Case Files of Justis Fearsson
See all formats and editions
Sorry, there was a problem loading this page. Try again.
Book #2 in The Case Files of Justis Fearsson, a new contemporary fantasy series from fantasy all-star David B. Coe. A hardboiled, magic-using private detective battles dark sorcerers in Phoenix, Arizona.

Justis Fearsson is a weremyste. He wields potent magic, but every month, on the full moon, he loses his mind. He’s also a private detective, who can’t afford to take time off from his latest investigation while his sanity goes AWOL.

A legion of dark sorcerers has descended on Phoenix, wreaking havoc in the blistering desert heat. With the next moon phasing approaching, Jay has to figure out what connects a billionaire financier and a vicious drug kingpin to an attempted terrorist attack, a spate of ritual killings, and the murder of a powerful runemyste. And he has to do it fast. Because these same dark sorcerers have nearly killed the woman he loves and have used their spells to torment Jay’s father. Now they have Jay in their crosshairs, and with his death they intend to extend their power over the entire magicking world. But Jay has other plans, and no intention of turning his city, or those he loves, over to the enemy.

About Spell Blind:
"Justis is on the streets and has never been so cool; I can't wait for his next adventure!" --Patricia Briggs, #1 New York Times Best Seller

"Coe brings deep knowledge of both fantasy and mystery to his well-structured first urban fantasy novel. . . . He tells an entertaining story with a good mystery at its core." Publishers Weekly

About David B. Coe's Rules of Ascension:
"War and politics, love and magic, all drawn in detail against a vividly imagined feudal background. A complex and excellent book." —David Drake, author of Lord of the Isles

". . . epic . . . a world of rival nobles, sinister mages, and a few men and women of courage and conviction. Well-developed characters and an intriguing political background . . ."—Library Journal

David B. Coe is the author of many fantasy and contemporary fantasy novels and stories. He was the winner of the William L. Crawford Award for best first fantasy series, awarded at the International Conference on the Fantastic for Children of Amarid and The Outlanders, the first two novels of the LonTobyn Chronicles. His series Winds of the Forelands began with Rules of Ascension and continued with Seeds of Betrayal, Bonds of Vengeance, Shapers of Darkness, and Weavers of War. Coe is a founding member of the well-regarded writing blog, MagicalWords.net. His contemporary fantasy series The Case Files of Justin Fearsson begins with Spell Blind from Baen Books, and continues with latest entry His Father's Eyes. Coe lives with his wife, Nancy Berner, and their two daughters in Sewanee, Tennessee.
Read more
Previous page
Next page

Audible Holiday Deal
Join Audible Premium Plus for 60% off. Only $5.95 a month for the first 3 months. Get this deal
Books In This Series (3 Books)
Complete Series
The Case Files of Justis Fearsson
Kindle Edition
Page 1 of 1Start OverPage 1 of 1
Previous page
Next page

David B. Coe is the author of many fantasy and contemporary fantasy novels and stories. He was the winner of the William L. Crawford Award for best first fantasy series, awarded at the International Conference on the Fantastic for Children of Amarid and The Outlanders, the first two novels of the LonTobyn Chronicles. His series Winds of the Forelands began with Rules of Ascension and continued with Seeds of Betrayal, Bonds of Vengeance, Shapers of Darkness, and Weavers of War. Coe is a founding member of the well-regarded writing blog, MagicalWords.net. His contemporary fantasy series The Case Files of Justin Fearsson begins with Spell Blind from Baen Books, and continues with latest entry His Father's Eyes. Coe lives with his wife, Nancy Berner, and their two daughters in Sewanee, Tennessee. --This text refers to the hardcover edition.

David B. Coe is the author of more than a fifteen novels and a dozen short stories. His first series, the LonTobyn Chronicle won the William L. Crawford Fantasy Award as the best new fantasy. He followed the LonTobyn Books with his critically acclaimed Winds of the Forelands and Blood of the Southlands series. His next project, a contemporary urban fantasy called the Case Files of Justis Fearsson, will be published by Baen Books and debuts in January 2015 with SPELL BLIND. David's books have been translated into a dozen languages.

4.7 out of 5 stars
4.7 out of 5
16 global ratings
How are ratings calculated?
To calculate the overall star rating and percentage breakdown by star, we don’t use a simple average. Instead, our system considers things like how recent a review is and if the reviewer bought the item on Amazon. It also analyzes reviews to verify trustworthiness.
Top reviews

Peter G. Pollak
5.0 out of 5 stars David Coe doesn't disappoint. His Father's Eyes
Reviewed in the United States on July 4, 2018
Verified Purchase
David Coe doesn't disappoint. His Father's Eyes, the second novel featuring weremyst Justis Fearsson, takes us deeper in the world where a small percentage of the population can cast magical spells. The downside of being a weremyst is the once a month, when the moon becomes full, weremysts become unhinged and the toll it takes on their sanity increases over time. As a result, Fearsson's father is incoherent much of the time, but in this novel something is adding to his normal issues.

Readers don't have to have read Spell Blind, the first book in the series, to enjoy His Father's Eyes. You just have to enjoy suspenseful writing and a well-plotted story in a world where were forms are real and one could be living next store.
Read more
Helpful
Report abuse

Justis Fearsson is a weremyste and former Phoenix police officer. He is now a private investigator. A weremyst is a person with a wizard’s gifts. Unfortunately, weremystes also tend to go crazy during the full moon, which is why Justis is no longer a cop. And now we have blood magic.

The author has a blog at:
magicalwords.net and davidbcoe.com
And also writes as D. B. Jackson:
dbjackson-author.com

If you are a fan of Harry Dresden and Alex Verus, I especially recommend this book to you. The book is an captivating read and almost meets my five star criteria, holding me up at night reading instead of going to sleep.
Read more
Helpful
Report abuse

Bill Cawthon
5.0 out of 5 stars A Satisfying Sequel
Reviewed in the United States on August 14, 2015
Verified Purchase
A very satisfying follow-on to " Spell Blind (The Case Files of Justis Fearsson Book 1) " as David Coe adds dimension to Justis Fearsson and his circle while spinning a first-rate yarn.

Others will recount the story, but that's something I would rather save for those who read this. It' a good one, with surprises, twists and turns that are a part of any good thriller. They lead up to an ending that concludes the story but promises more, which is a good thing that too few authors seem to be able to pull off.

You can read "His Father's Eyes" on its own, but you will get more from it if you read "Spell Blind" first. Then you can enjoy seeing the characters grow and interact while meeting new players with great potential for future volumes in the series.

The third novel, which doesn't have a title yet, is scheduled to come out sometime in 2016. That gives you plenty of time to read and savor the first two.
Read more
5 people found this helpful
Helpful
Report abuse

Shawn Carey
5.0 out of 5 stars Great addition to the series.
Reviewed in the United States on August 13, 2015
Verified Purchase
I enjoyed the blend of mystery and fantasy. The book reminds me of other mystery series I have read but the addition of the fantasy elements are a great touch. I liked the first book, and thought this one was even better. His Father’s Eyes can be read independently of Spell Blind, the first book in the series. I have the feeling Mr. Coe is also setting the stage for the next book in the series by giving Justis Fearsson a nemesis. This novel should appeal to fans of mysteries, as well as those that like fantasy. There is a free story on the Bean web site about the main character in this book for people to read.
Read more
4 people found this helpful
Helpful
Report abuse

JoDawn
5.0 out of 5 stars Absolutely awesome!!
Reviewed in the United States on April 26, 2017
Verified Purchase
As soon as I read the first book in the series, I immediately ordered the next two, plus audible.
Follow my lead, you'll be glad you did!!
Read more
Helpful
Report abuse