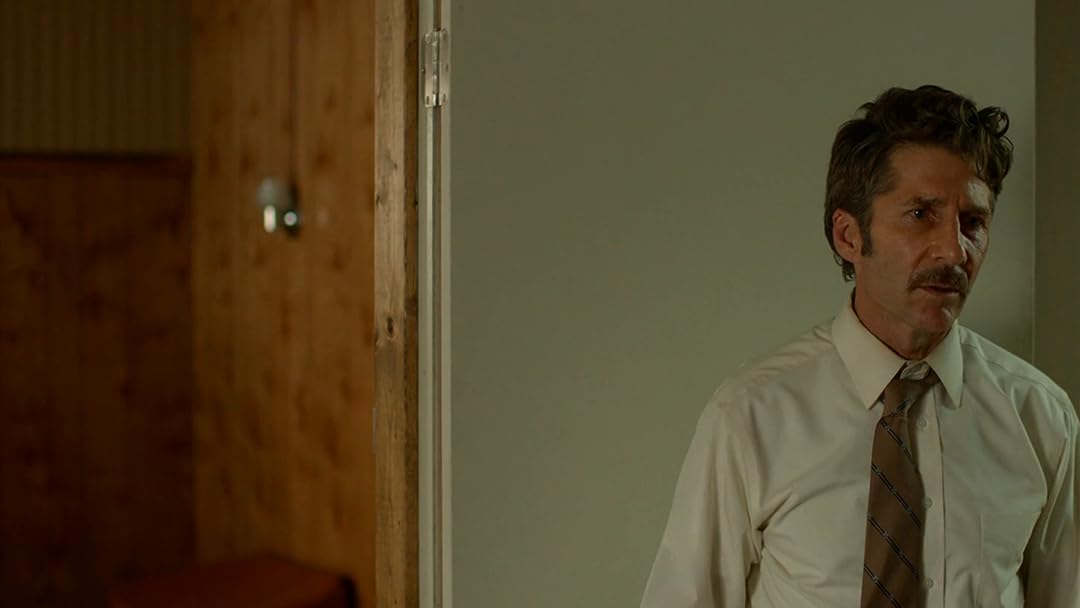 (80)
6.71 h 29 min2015NR
The parents of a young girl hire an expert to help her escape the clutches of an evil and dangerous cult but soon find out their mystical powers maybe greater than anyone imagined.

Andy WaitstillReviewed in the United States on July 12, 2017
5.0 out of 5 stars
Off the Beaten Path
Verified purchase
It starts out like a Coen Brothers' film - a flaky expert on cult followings takes to the motel conference room circuit to promote his second book on the subject only to find indifferent audiences who only bought his first book or who are simply there because the lecture is free. After a particularly humiliating episode, he is approached by a proper Midwestern couple whose daughter appears to be in the grips of a cult. Utterly broke, he takes on the assignment and, in a truly bungling way, manages to abduct the girl and stash her in a cheap motel room. From here, he follows his book(s) to break her down and make her renounce her cult. But the girl seems to know a couple things herself, things not in the man's book or anyone else's. The writing here is quite remarkable - it maintains a continuity throughout even as the plot grows thicker and darker, a detached, ironic tone hard to describe well. The acting is offbeat, the perfect complement to the writing. The direction and production are spare, leaving the film more or less in the hands of the writer and the cast where it needs to be. Not a movie for people looking for gratuitous violence but the ending is certainly worth the wait.
8 people found this helpful

Mary BurkeReviewed in the United States on May 9, 2015
4.0 out of 5 stars
WEIRD/SMART/DARK
Verified purchase
I love going into a little movie like this knowing so little I can't even begin to have an expectation. This is one of those movies you have to dig through the rubble to turn up. I think I stumbled on a positive review and decided to give it a go. I am glad I did. It's a strange, subtle film that creeps up on you. Every time I felt sure I knew what was going to happen - I got at least a little surprise. It made me think of another weird, little film that I loved - SOUND OF MY VOICE - also about a strange, slightly spooky woman and cults and maybe there's a bit MARTHA MARCY MAY MARLENE in here...Winstead gives a GREAT performance. At its heart - a psychological thriller than involves 2 people in a room engaged in a power play. The questions are many...who is crazy? Who is sane? Who has control. Oh my goodness things are weird WTF is going on? (in a good way). This one is for the off-kilter indie movie lovers like moi....
11 people found this helpful

EmReviewed in the United States on September 19, 2018
4.0 out of 5 stars
Absolutely watch
Verified purchase
This was thoroughly enjoyable. I thought it might be a rehash of "Holy Smoke" but this movie stood on its own with its own funny, dark, and creepy story. Leland Orser was just wonderful. Mary Winstead was also spot on. You can see what's happening with the parents but the real twist comes later in a spellbinding scene. I would watch this a again. I'm glad I found this well done indie film.
One person found this helpful

Richard K.Reviewed in the United States on August 24, 2019
4.0 out of 5 stars
One wacky, unpredictable psychological drama
Verified purchase
They managed to keep it riveting despite the despairing tone. Good acting and pretty good writing. Lotsa twists and they used some unconventional psych props to achieve them. Worth watching.
4 people found this helpful

rebekah naphiah alessiReviewed in the United States on October 17, 2019
5.0 out of 5 stars
Scary, fun, funny, scary.
Verified purchase
I can't say enough or perhaps I just can't say anything. Leland Orser is a tour de force. This morning I had never heard of Mary Elizabeth Winstead is it? She's a genius.
4 people found this helpful

Dean OldfieldReviewed in the United States on November 29, 2020
5.0 out of 5 stars
You tell me.....
Verified purchase
What is this about? I can't explain it, words no longer have any meaning in this context. You have to feel it, concentrate hard enough and walk through the closed door. It just is.
One person found this helpful

Grelber37Reviewed in the United States on March 30, 2015
4.0 out of 5 stars
Yeah, watch Faults. It is worth your rental.
Verified purchase
Faults stars Mary Elizabeth Winstead and Leland Orser. And, you all need to see it. Fortunately, I cannot overly discuss the movie, for it has some clever plot twists (that you'll enjoy). Beyond the plot twists, the story takes a fairly intelligent look at faults and cults within U.S. culture. On the surface, Faults is about a cult expert who kidnaps a young woman from the typical pernicious pseudo-religious cult that we encounter in film (e.g. 2014's Children of Sorrow) and the news. He attempts to de-program her. However, as he de-programs her, Faults de-constructs cults within our society. We Americans actually follow many cults of personality in the media and education. We actually follow a possible cult of capitalism blindly.

I did not mind having to think while enjoying a fine show. And, Orser and Winstead put on a fine show. Put two talented actors in a room and . . . Besides intelligence, Faults has wit. The movie often displays great dark humor.

Jacinta Maria CarterReviewed in the United States on April 24, 2018
5.0 out of 5 stars
Great Movie
Verified purchase
I'd never heard of this movie and only watched it because I'm researching cults for a writing project. The acting from the two main characters is fantastic, the pacing is perfect, and the ending packs an unexpected punch.
See all reviews
Back to top
Get to Know Us
Make Money with Us
Amazon Payment Products
Let Us Help You
EnglishChoose a language for shopping. United StatesChoose a country/region for shopping.
© 1996-2021, Amazon.com, Inc. or its affiliates