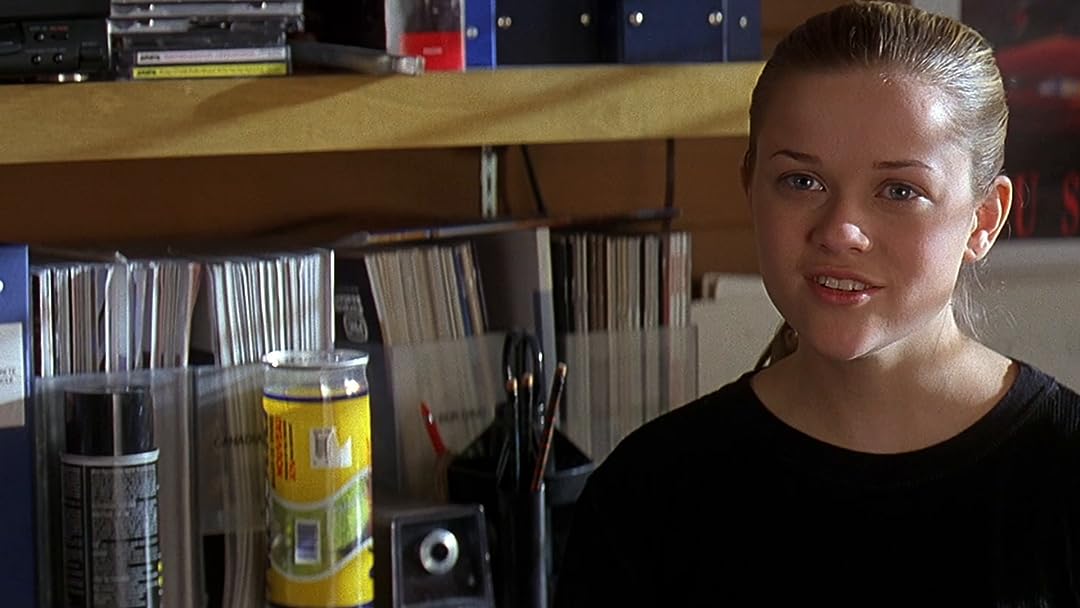 (5,833)
6.21 h 37 min1996R
HD. A teen girl's first romance takes a deadly turn when her new boyfriend begins to exhibit a violently possessive side to his personality.

Richard CavelleroReviewed in the United States on July 21, 2020
5.0 out of 5 stars
Electrifying entertainment
Verified purchase
I saw this movie when I was 16 at a friday night showing with my friends. I'm not sure if it's nostalgia or if its actually awesome but the movie is so fun and holds up very well. It centers on a young woman named Nicole (Witherspoon) who discovers first love with the rebellious David (Wahlberg). At first he's charming, romantic and caring but than his mean streak comes out and he becomes obsessive. Obsessive to the point that he would do anything to be with her. It's an intense thriller and a touch lifetimey but the movie does touch on adolescence, growing up and first love. It all leads up to an edge of your seat finale. Wahlberg is sexy, psychotic and solid in the flick and really does show alot of promise, Witherspoon is pretty good but has some questionable moments. Alyssa Milano also makes quite an impression as her best friend Margot. Look the movie may be a bit predictable but there's a reason why they keep making movies like this. Because when they are done right they can be electrifying entertainment and this is done right.

Heather MamateyReviewed in the United States on June 21, 2021
4.0 out of 5 stars
It's not Fatal Attraction material, but it's still a good stalker movie!
Verified purchase
Fear won't be winning any Oscars, and Mark Wahlberg's psycho doesn't hold a candle to Glenn Close and her caliber of crazy. But it's still a good movie, one of those you can revisit once in a while. I have seen it several times. The plot is predictable and formulaic but still entertaining. The best part is seeing Mark Wahlberg and Reese Witherspoon so early in their careers.

Reese is a top notch actress today, and in the 90s she played one of her very best roles (Tracy Flick in Election). Fear isn't one of her best. I think this is because the character of Nicole (a one dimensional good girl) doesn't call on Reese's skills. She has so much more to bring to the table than this character required. She is overqualified for the part. I think Reese is much better suited for bad characters (like Tracy Flick) and complicated characters. Let limited actresses like Gwyneth take the sweetheart roles and never challenge themselves.

Mark plays the bad character in Fear, and he does a very good job. His Jekyll and Hyde portrayal of David is convincing. But, while I think Reese is better suited for villainy, complicated roles, I think Mark is better suited as a good character. That's where I think he shines, with his soft voice. A great example would be his role as the lead in Boogie Nights. He plays a sweet man who becomes lost and corrupted after too many years in the porn industry. His ability to portray goodness and innocence is at the heart of the movie, and he does a bang up job.

So it's funny that he and Reese are IMO playing opposite to their strengths in Fear. This movie is just before both of their film careers really take off. Poor Alyssa Milano takes a part as the promiscuous best friend. She does a good job with this material but she was such a huge star in the 80s. This kind of part should have been unworthy of her consideration.
2 people found this helpful

KristinReviewed in the United States on February 8, 2021
1.0 out of 5 stars
Gross exploitation of young actresses
Verified purchase
Reese Witherspoon and Alyssa Milano must have been barely legal and the movie makers took full advantage. Do audiences never consider that when women are being sexually mistreated in a movie, the actresses themselves are actually being sexually mistreated? I can only imagine what such abuse does to a young woman's self worth forever. I also don't like any movie where something horrible and gruesome happens to an innocent animal, especially the family pet. Zero stars.
3 people found this helpful

J. WelchReviewed in the United States on May 15, 2021
4.0 out of 5 stars
Great movie; frustrating audio
Verified purchase
This movie is such a classic from the 90's. I watch it every once in a while and was so happy to have found it on bluray, but... the audio sounds muffled and quiet, especially when Wahlberg sweet-talks... just up the volume a bit on the dialogue. We know some directors and production love to turn up the sound on the loud scary parts and the music soundtracks, but don't bury the actual story and dialogue by muffling it - that is so irritating.

Despite that one flaw, this movie is totally worth adding to the collection for those who like to revisit films.
2 people found this helpful

heykayReviewed in the United States on June 1, 2019
5.0 out of 5 stars
Forever love this movie
Verified purchase
27 years old now and this is still one of my favorite movies. Mark plays crazy soooo good and who could not love Reese. Wish they’d do more movies together they mesh so well. Had no issues with the box or dvd.
9 people found this helpful

KishaReviewed in the United States on July 17, 2017
5.0 out of 5 stars
90's Nostalgia
Verified purchase
90's nostalgia l! Can we please just bring back the 90's? This was one of my favorite movies in Jr. high and High school! So glad I was able to find it on DVD!
14 people found this helpful

dominion_rulerReviewed in the United States on September 21, 2008
4.0 out of 5 stars
If it's too good to be true...
Verified purchase
Fear is a sort-of Fatal Attraction type thriller, though is not the classic that Fatal Attraction has become. Fear, however, is quite effective for what it is and though nothing about it is top-rate as far as a great Thriller goes, the combined package of what Fear offers still grabs hold of you and pulls you in for the ride.

David McCall (Mark Wahlberg) catches the eye of Nicole Walker (Reese Witherspoon) and the pair hook up for an evening together after leaving a dance club. Nicole is practically shocked when the man she gets to know is much more than meets the eye, and her dreams seem to be coming true when she thinks she has found the perfect guy. The first half of Fear sets up a love story that is actually enjoyable to watch, as both David and Nicole fall for each other. I never felt the love story was ever very cheesy, especially when the "roller coaster experience" is quite original. David finally meets Nicole's family, and everyone is amazed at this perfect, handsome gentlemen. Everyone except Nicole's father, Steve (William Peterson) who just doesn't buy into it.

All good things must come to an end....if it's too good to be true....etc etc...and here we go...David comes by Nicole's school on a typical afternoon to pick her up and witnesses her friend Gary hugging her. The kind and gentle David we thought we knew is suddenly transformed into a raging beast, knocking Gary to the ground and kicking the crap out of him. Smart Nicole thankfully doesn't want anything to do with David again. Regretting his mistake, David apologizes til it wears down Nicole. She gives David another chance, meanwhile outraging Steve. Thus begins the war between Steve and David, and eventually brining the enitre family into the mix.

The last half of Fear is, well, Fear. The thrills and suspense begin. The final setting of the film is at the Walker residence, where David and his buddies won't rest until they bust inside and do the damage. Overall, it's a predictable finale, but the bits and pieces getting there are always fun and contain some surprise thrills.

You might feel silly when you step out of the spotlight about Fear, cause its certainly not a masterpiece but its a fun ride nevertheless that effectively entertains. If you're looking for a good teenager love story that isn't cheesy follwed by a sudden turn for the worst in terms of thrills, Fear is worth checking out.

Acting - 3.5
Characters - 3.5
Story - 3.5
Suspense - 4
Overall - 4
9 people found this helpful
See all reviews
Back to top
Get to Know Us
Make Money with Us
Amazon Payment Products
Let Us Help You
EnglishChoose a language for shopping. United StatesChoose a country/region for shopping.
© 1996-2021, Amazon.com, Inc. or its affiliates