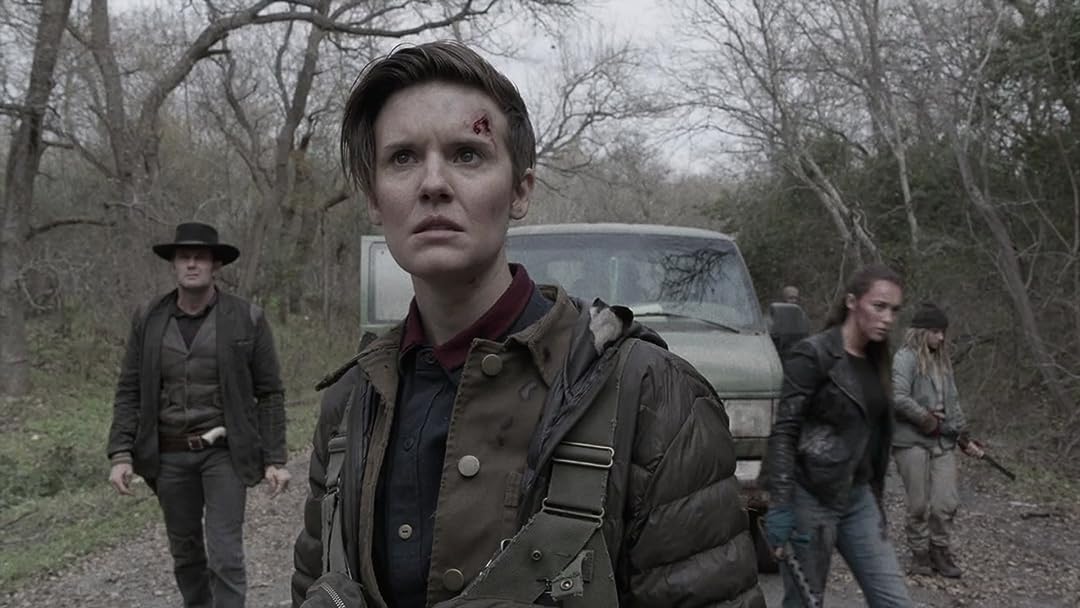 (2,337)2019X-RayTV-MA
The mission to help others will be put to the ultimate test when our group lands in uncharted territory. They will be forced to face not just their pasts but also their fears, leaving them forever changed.

OKHorseRescuerReviewed in the United States on August 6, 2019
2.0 out of 5 stars
Annoying mission of belligerent charity
Verified purchase
Stupidest premise of a zombie apocalypse series you could ever imagine. Our wayward travelers traverse land and air looking for people to help. Rather than hunker down and fortify their facility (which they lost when they were out looking for folks to help), they're out pissing people off by meddling in their business and firing off poorly written pithy lines.

The love story between John and June is written with maximum cheese factor, virtually guaranteeing a Maggie/Glen tearjerker ending. It's coming, so just get ready.

FTWD used to be a decent way to pass the time while TWD was in production. This dorky "Let's Help People" storyline makes it a pathetic substitute for the original, which itself is hurtling toward lameness. But at least the OG gang is still selfishly battling through the zombie apocalypse, keeping their stuff and taking care of their own instead of embarking on an annoying mission of belligerent charity.

I blame Morgan. And his stupid stick.

Kelsey Ann-Marie Reviewed in the United States on August 10, 2019
1.0 out of 5 stars
Has gone from “my fave show!” to “what the hell is this?!”
Verified purchase
I don’t know what happened but this show and TWD both have gone down the crapper big time! I’m not sure exactly when it started going down hill... but what I do know is that the last couple seasons, of both FTWD and TWD, were awful.. just really really bad.. what happened?!?! I’m sooo very disappointed.. this, and TWD, used to be my all time favorite shows ever... but now, all the magic and uniqueness it used to have is gone.. totally GONE. :(
34 people found this helpful

Jeff FolgerReviewed in the United States on June 25, 2019
2.0 out of 5 stars
Show good but amazon fire tv failed
Verified purchase
Episode was great but my fire tv failed to allow us to watch it it showed it but only offered other apps to watch it and subsequently pay for to watch it. The fire tv stick needs to be looked at as a problem
19 people found this helpful

YuppiePrepperReviewed in the United States on July 3, 2019
1.0 out of 5 stars
Ugh
Verified purchase
This show tried to reboot, killing off nearly every character from the 1st season. Problem is, they still have some of the characters from the first season! And the writers! And the showrunners!

Amazon CustomerReviewed in the United States on December 25, 2019
2.0 out of 5 stars
Stop nerfing the main characters
Verified purchase
Honestly getting tired of all this pacifism stuff. I mean I get it but a lot of their troubles would have been solved if they fought harder instead of always trying to talk their way out of everything. It really even isn’t fear the walking dead anymore anyway. It’s like Strand Alicia and Luciana and Daniel just went and moved to another show. These are all pretty badass characters that basically all got nurfed once Morgan show up being all crazy and then being peaceful or whatever. I fee like there was or is a way to balance both. I don’t watch tv for a lesson in Morals. I have other outlets for that. I watched to be entertained. I want to be thrilled and scared and I want to cheer when the bad guys get what’s coming to them and you know what else? An old school knock down drag me out gun fight because why not? It’s fiction so let’s have some fun. This season though? 3 yawns and nap. That’s my rating.
13 people found this helpful

MalReviewed in the United States on July 1, 2019
5.0 out of 5 stars
Love the show still
Verified purchase
It progresses well in the storyline. As it would if it really could be in real life. Not like TWD were is stays stuck in war etc.
19 people found this helpful

Amazon CustomerReviewed in the United States on June 25, 2019
5.0 out of 5 stars
I Love This Show
Verified purchase
I like this more than the last couple seasons of Walking Dead. Good fun to watch in bed when I should be sleeping!...
18 people found this helpful

SharonReviewed in the United States on July 1, 2019
5.0 out of 5 stars
great show
Verified purchase
Love this show.
16 people found this helpful
See all reviews
Back to top
Get to Know Us
Make Money with Us
Amazon Payment Products
Let Us Help You
EnglishChoose a language for shopping. United StatesChoose a country/region for shopping.
© 1996-2021, Amazon.com, Inc. or its affiliates