You've subscribed to Fractal! We will preorder your items within 24 hours of when they become available. When new books are released, we'll charge your default payment method for the lowest price available during the pre-order period.
Update your device or payment method, cancel individual pre-orders or your subscription at
Your Memberships & Subscriptions
There was an error. We were unable to process your subscription due to an error. Please refresh and try again. 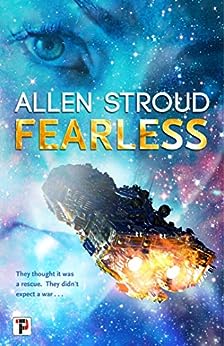 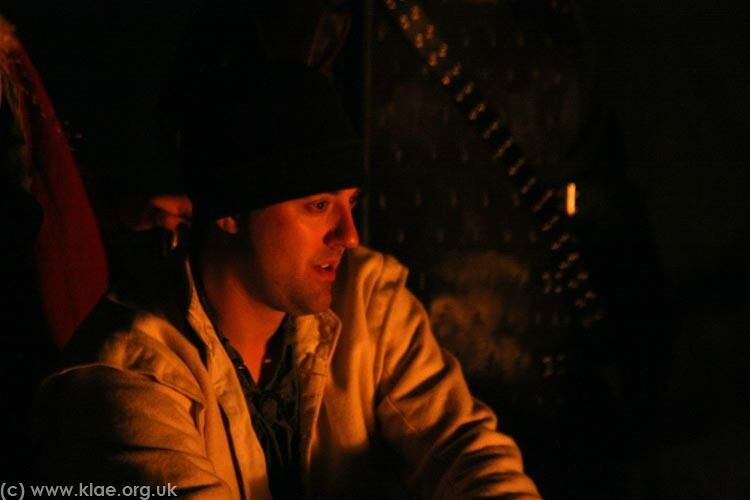 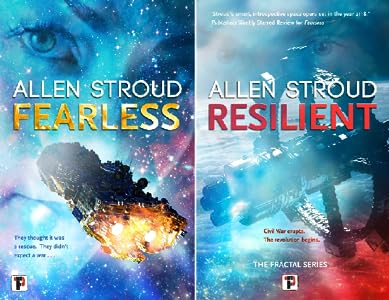 Allen Stroud is a lecturer at Coventry University, where he teaches BA (Hons) Media and Communications. Stroud completed a Ph. D. at the University of Winchester entitled An Investigation and Application of Writing Structures and World Development Techniques in Science Fiction and Fantasy. This thesis covered his work on the computer games, Elite Dangerous (2014) and Chaos Reborn (2016). For Elite: Dangerous, Stroud wrote six guidebooks that inform the game’s fictional narrative and also served to help other writers with their novelisations set in the game world.

He was a founding host of Lave Radio, an Elite: Dangerous fan podcast that started in February 2013 and runs the annual convention Lavecon. His novel set in the Elite: Dangerous game world, called Elite: Lave Revolution was successfully funded on Kickstarter and published in late 2014, with a second edition published in 2015. Stroud then supported Spidermind Games in developing the Elite Dangerous Roleplaying Game.
Stroud worked on Chaos Reborn with Snapshot Games and is working on Phoenix Point, due for release in 2019.

Stroud was the 2017 and 2018 chair of Fantasycon, the annual convention of the British Fantasy Society, which hosts the British Fantasy Awards. In June 2019, he became Chair of the British Science Fiction Association, taking over from Donna Bond.
Stroud continues to write academic papers, reviews, articles and fiction in science fiction, fantasy and horror. He lives in a messy house with two cats and his partner, Karen.

4.0 out of 5 stars
4 out of 5
280 global ratings
How are ratings calculated?
To calculate the overall star rating and percentage breakdown by star, we don’t use a simple average. Instead, our system considers things like how recent a review is and if the reviewer bought the item on Amazon. It also analyzes reviews to verify trustworthiness.
Top reviews

Brian
2.0 out of 5 stars It’s funny - you wouldn’t think a book with so much action could be so boring
Reviewed in the United States on September 20, 2020
Verified Purchase
This book while filled with way too much action is pretty boring. I just didn’t see that any of the characters were all that interesting. This book would have been much better if the author spent a lot more time talking about the world which he is describing.
Read more
20 people found this helpful
Helpful
Report abuse

Dan S. Tong
5.0 out of 5 stars One of those rare intelligent SF Space Operas
Reviewed in the United States on February 16, 2021
Verified Purchase
Fearless by Allen Stroud is an excellent book which details the sharp differences between working in space vs the ordinary everyday experiences that the reader understands. Few books do this, and those that do often do it poorly.
It's no wonder some of the negative reviews complain that they find it boring, because in my opinion, they fail to appreciate, and certainly do not enjoy, the "intellectual gravity" : ) of such a serious, thoughtful construction of the most important basis of the entire plot.
In addition, our main protagonist, is not only female, but was born without some of the normal appendages, which is not nearly as much of a handicap as under full Earth strength gravity. Once again, the reader who most likely is unfamiliar with physical handicap, may fail to have the empathy, that one is more likely to have with the usual action heroes of Space Opera stories.
I give high marks to the author, Allen Stroud, for making me feel the near helplessness when faced with needing to find the saboteur that is responsible for murdering one of the crew. How do you find which member of your crew is responsible ? How do you go about investigating this without demoralizing the crew when each person has to provide an alibi?
I also enjoyed the intelligence of all of the characters. At the end of the story there are still many unanswered questions which may upset many readers. Possibly a sequel is coming, but perhaps not. I don't consider this a huge problem. After all, life is very much like that, and so is science.

I highly recommend this book to everyone who likes a thoughtful, intelligently written story.

lab
3.0 out of 5 stars Poor ending
Reviewed in the United States on February 22, 2021
Verified Purchase
The book was a fairly interesting read. Although I admit I checked many times on how much was left to read. I stuck it out in order to see how the book ended. Well, I found out. The writer just quit writing. What a poor way to end a book.
Read more
11 people found this helpful
Helpful
Report abuse

M. Crumpton
3.0 out of 5 stars promising book with serious problems
Reviewed in the United States on March 17, 2021
Verified Purchase
A promising book with too many self inflicted problems
Every chapter switches POV for no good reason.
Very slow moving. Characters with similar names.
No ending. Really, it just stops with no resolution. I literally hunted for the next book in the series to find out what happens. Nope. Nada.

Mary & Fred Tomczyk
4.0 out of 5 stars Good character development
Reviewed in the United States on October 8, 2020
Verified Purchase
I found it hard to put this book down every time I was interrupted by life. Would have given it five stars but the ending left too much hanging. I’m guessing there’s a follow up book?
Read more
7 people found this helpful
Helpful
Report abuse

Amazon Customer
5.0 out of 5 stars A Really Good Book!
Reviewed in the United States on October 27, 2020
Verified Purchase
This is a very good read for hard core sci-fi fans. A great plot twist where the crew of a peacetime military ship get pulled into a fight they were never trained or equipped for and how their true strength of humanity is tested to it's limits.
Read more
5 people found this helpful
Helpful
Report abuse

Ronald
3.0 out of 5 stars Incomplete ending. Titled to much to hanging
Reviewed in the United States on March 2, 2021
Verified Purchase
Kept my attention but was disappointed with the ending .The book was very realistic in that it made you feel you were in space with them.
Read more
4 people found this helpful
Helpful
Report abuse

james
4.0 out of 5 stars exciting and complex
Reviewed in the United States on April 9, 2021
Verified Purchase
i really enjoyed this novel - action upon action and some interesting introspection from a number of the characters. The level of detail within the action framework was extraordinary - at times I felt lost with the complexity of the technical aspects but overall it served to firmly ground the novel in hard sf. An excellent read ! As others have noted it appears there will be a sequel which I shall be happy to purchase.
Read more
One person found this helpful
Helpful
Report abuse
See all reviews

Llygodenfawrdur
3.0 out of 5 stars Fearful
Reviewed in the United Kingdom on March 2, 2021
Verified Purchase
Sometimes buying a book on it's cover alone is a gamble. I was immediately captured by this book's cover and the blurb did the rest. So did I win or lose on that bet?
I believe the writing to be very good although I struggled at times with the limited first person point of view telling of only three characters. Especially when same event is retold from different perspectives. For me this slowed the book down a lot and negated some of the narrative tension.
The story is good despite my reservation above; equally the characters are fully fleshed even those we don't have pov of.
To my last bugbear this is not a stand alone book and I wish I knew that going in. There is a lot more to be told when the book just ends. An unsatisfying end in my opinion. Obviously the author and publishers will hope for more books to come, but would like to know that it is a planned series before hand.
So how did my gamble payout: brilliant story overall well told; but I might have to gamble all over again on any planned sequel(s).

Miss Stephanie C Wyeth
5.0 out of 5 stars Excellent!
Reviewed in the United Kingdom on January 10, 2021
Verified Purchase
I'm just reaching the last few pages of this book and I have enjoyed it immensely. The use of first-person perspective works really well in the setting of the book (I won't spoil anything for readers).

I very much recommend it.

Jolly Jambo
2.0 out of 5 stars I didn't like it.
Reviewed in the United Kingdom on March 5, 2021
Verified Purchase
A long slow and frankly boring story. Really not sure what the author was aiming for but missed it big time. The story rambles on with little to define the characters and ends up going nowhere.
Read more
One person found this helpful
Report abuse

PK
5.0 out of 5 stars Tense, gripping sustained stress of the crew fighting to survive the odds and each other.
Reviewed in the United Kingdom on October 11, 2020
Verified Purchase
The fast pace keeps the stress high and relentless from start to the conclusion. Particularly enjoyed how each chapter focused on one character it really made it quite clear how the distrust develops and gives a real sense of desperation and the control of information and who knows what. Better be a part two.
Read more
Report abuse

Graham Mills
4.0 out of 5 stars Good hard science fiction
Reviewed in the United Kingdom on February 13, 2021
Verified Purchase
Set in a time when there is a Martian colony and Belters with the usual problems that arise.
A good read that I had difficulty putting down when I needed to.