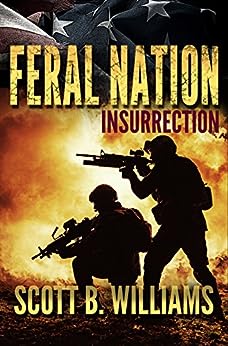 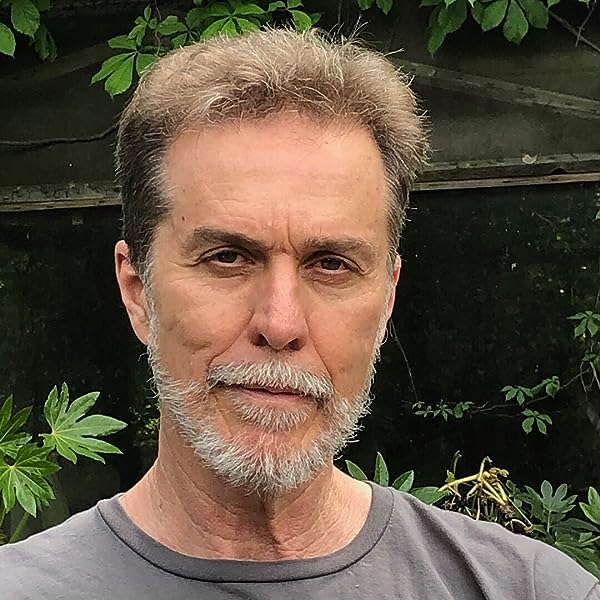 by Scott B. Williams (Author) Format: Kindle Edition
Book 2 of 11: Feral Nation Series
See all formats and editions
Sorry, there was a problem loading this page. Try again.

Fighting for survival amid lawlessness and chaos...

Danger lurks at every turn in a nation ravaged by violent insurrection and economic collapse.

Eric Branson's mission when he returned to Florida from overseas was to find his daughter and get her out. But the former Navy SEAL and private contractor learns from his ex-wife that Megan is nearly 2000 miles away in Colorado.

To get there, he must first sail across the Gulf to Louisiana, where his brother Keith is a deputy sheriff.

Eric and a crew that includes his father and his former wife, as well as the young survivor that tried to rob him upon arrival, face a battle for their lives at sea. And over the horizon lies an uncertain landfall on a coast that may be as bad or worse than what they left behind in south Florida.

Eric needs his brother's help, but will he find Keith still alive and patrolling his Atchafalaya River jurisdiction?

Feral Nation - Insurrection is the second book in the latest post-apocalyptic thriller series from Scott B. Williams.

Insurrection is the second book in my new Feral Nation Series. If you've read any of my previous post-apocalyptic work in The Pulse Series or TheDarkness After Series, you will find that it has much in common with those stories, although it is a different scenario. This time, the crisis is not a naturally-occurring solar event that unleashes a devastating EMP, but rather a series of deliberate acts that spiral out of control leading to violence, anarchy and finally, all-out insurrection.

Anyone paying attention to the news headlines in the U.S. and Europe can see that the tipping point to such upheaval looms closer every year. Feral Nation explores a not-too-distant future where widespread fighting has torn a nation apart, forcing survivors to either take sides or fend for themselves. In Florida and south Louisiana, where the action in Book Two takes place, the situation is complicated further after a devastating hurricane completes the job of shutting down the power grid and cutting off survivors from any hope of outside help.

Scott B. Williams has been writing about his travels and adventures for more than thirty years. His published work includes hundreds of print and online magazine articles and more than two dozen books. His interest in trekking, sea kayaking and sailing small boats to remote places led him to pursue the wilderness survival skills that he has written about extensively in both his fiction and nonfiction works.

A solo sea kayaking odyssey of nearly two years, undertaken at age 25, set Scott on his path to becoming a storyteller when he authored the account of that adventure in his 2005 travel narrative: On Island Time: Kayaking the Caribbean. That journey and countless others that took him far off the grid for extended periods gave him the inspiration to delve into his passion for fiction and to write action and adventure tales like the ones that shaped his own desire to travel and explore.

With the release of his first novel, The Pulse, in 2012, and the subsequent sequels to it that became a popular post-apocalyptic series, Scott moved into writing fiction full time. Later and ongoing projects include the Darkness After series, the Feral Nation series, and the In Times to Come series with more works currently in development. To learn more about his upcoming books or to contact Scott, visit his website at: www.scottbwilliams.com

claudette valliere
5.0 out of 5 stars Thumbs way up for this one
Reviewed in the United States on December 15, 2017
Verified Purchase
Damned good read. Spoiler alert.

This on starts with Eric and Jonathan successfully paying a fee to get by the river blockade. They were followed by two of the fishing boats.

After a successful engagement Eric, Bart, Shauna, Daniel, Jonathan and Andrew continued on their way to Louisiana to look for Keith, Eric's brother.

Keith has lost his wife to terrorists and anarchists who have been causing nothing but trouble for law enforcement. The Sheriff, Undersheriff and those with them were killed in a trap. Keith is one of the few deputies left in their parish and he and the other deputies won't be taking prisoners. Anyone found stealing or setting traps will be shot. The locals are all armed and have no problem killing anyone looking to steal supplies or harm their families. Things are bad and getting worse.

Keith was a marine and a combat vet. He was deployed in Iraq twice and is no stranger to killing to survive. He and Lynn thought they could ride things out at their isolated house. It just didn't turn out that way.

Once at the river that leads to Keith's house the schooner ends up being grounded and Eric and Jonathan head out for Keith's house and help. Bart had used his radio to try and contact Keith but had no luck.

Keith was at his house doing repairs on the storm damage when he heard the radio. He wasn't quick enough to answer. He called back but got no answer. He recognized his Fathers voice though and headed out with his patrol boat to see if he could find them. He got another radio call about a stand off at a convenience store and had to head there. It will be days before he can get back to the hunt for his Father.

On arrival at Keith's house using the rubber dingy that was on the schooner Eric and Jonathan realize no one is home. Eric heads out with Keith's vehicle leaving Jonathan behind. What an adventure Eric will have.

So begins another damned fine read.

Adolf von Württemberg
5.0 out of 5 stars Societal breakdown enhanced by a real world example
Reviewed in the United States on December 27, 2017
Verified Purchase
I've just completed this novel and it was well-worth reading. Scott does an excellent job with character development.
Collapse scenarios demonstrate how peoples' minds and behavior change drastically. As an example the recent (Dec. 2017) loss of power at the Atlanta airport illustrates how people behaved - i.e., darkness, no information, confusion, fear, no food, no water etc. During that short period of time some airline passengers broke into airport restaurants and stole whatever food they could grab. What a breakdown of law and order and what a fragile barrier there is between order and disorder! There is a very thin veneer separating civilization and barbarism. Scott's novel creates a credible scenario.
Read more
5 people found this helpful
Helpful
Report abuse

scott
5.0 out of 5 stars Mindset is what this book is about
Reviewed in the United States on April 1, 2021
Verified Purchase
This series is a fantastic read. The way the main character, Eric works through problems in a methodical way, is quite realistic to how an actual operator thinks (mindset). You plan long term mission objectives based on variables and probabilities to eventually reach your goal, while always seizing opportunities and remaining very adaptable.
In other words, you're always moving towards the objective, nothing will stop you. Focus on the next task, the next step, keep moving.
Mr. Williams knows this about operators and weaves it perfectly in the series. I highly recommend this book.
Read more
Helpful
Report abuse

Sean Gangol
5.0 out of 5 stars An Excellent Prepper Novel that Actually has a Different Twist
Reviewed in the United States on November 21, 2019
Verified Purchase
What I enjoyed the most about this series is that it has a new twist on what we usually see in the Prepper fiction genre. Usually in the Prepper fiction genre, it is the government that is portrayed as the antagonists. In this series it is the government that is trying to restore order, while anarchist groups reminiscent of Antifa are actually the villains who are responsible for causing the breaking down of that very order. The books are also fast-paced and extremely nerve racking.
Read more
One person found this helpful
Helpful
Report abuse

inquirer
4.0 out of 5 stars always a good read with good twists and turns
Reviewed in the United States on December 22, 2017
Verified Purchase
as usual scott captures one's attention from the very first paragraph. it is another enjoyable and believable read. the characters are real and the scenario's plausible. details make sense. of course i always enjoy the way he develops the situations and explains how each plays out an why each action is taken...the thought process is delineated and that is what is what makes it particularly interesting to me. he writes in way that is enjoyable to read and follow. any situation on the water always captures my attention but i'm sure as the story plays out on land there will be a need for water travel as well. i look forward to every sequel. keep it going!
Read more
4 people found this helpful
Helpful
Report abuse

cpr
1.0 out of 5 stars All bun no meat
Reviewed in the United States on January 4, 2019
Verified Purchase
The fist book was okay but droned on and on in the last quarter but I figured I give book 2 a shot for the cost. I almost quit several times but made it to the end. I won't be buying book 3.
Read more
5 people found this helpful
Helpful
Report abuse

Sandra
5.0 out of 5 stars Another great read…
Reviewed in the United States on October 29, 2021
Verified Purchase
Face paced, the writing draws you in. This is the second series by this author I’ve read…obviously still reading this series. I’m really enjoying it…sadly it’s story line appears how this country appears to be headed. Scott … do you have Forsyth?
Read more
Helpful
Report abuse

Babsguy
3.0 out of 5 stars $$$
Reviewed in the United States on April 9, 2021
Verified Purchase
To expensive for the number of books you have to purchase to get the story. I was just settling into this book (once again as was the second book) and realized these are really novellas and there are many. If you want to spend the money, the writer does seem to have a background in survival skills.
Read more
Helpful
Report abuse
See all reviews