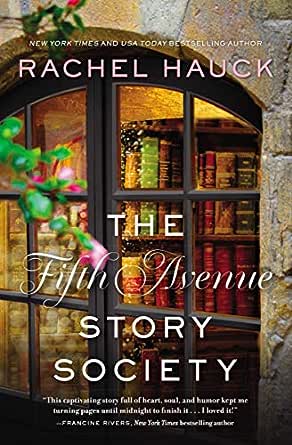 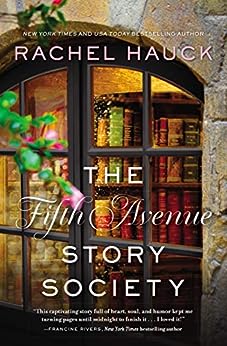 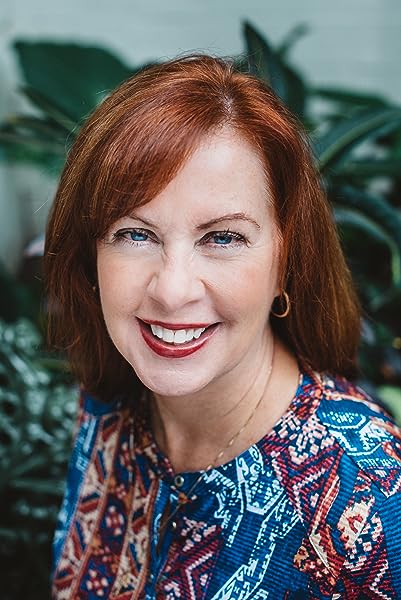 An invitation to join The Fifth Avenue Story Society gives five New York strangers a chance to rewrite their own stories.

“This captivating story full of heart, soul, and humor kept me turning pages until midnight to finish it. Rachel weaves the perfect amount of tension and opens possibilities to keep the reader pondering long after the story is over. I loved it!”— Francine Rivers, New York Times bestselling author

Get into a sweet split-time romance with Rachel Hauck's collection of novels!

'In this exhilarating inspiration . . . Hauck inspires and uplifts with this mix of tales.' (Publishers Weekly)

'Examining how the tales we tell have the power to hurt and to heal, Hauck's crossover novel is for both romance and inspirational readers. Its message will resonate with readers long after the last page.' (Library Journal starred review) --This text refers to the paperback edition.

Rachel Hauck is the New York Times, Wall Street Journal, and USA TODAY bestselling author of The Wedding Dress, which was also named Inspirational Novel of the Year by Romantic Times and was a RITA finalist. Rachel lives in central Florida with her husband and pet and writes from her ivory tower. Visit her online at RachelHauck.com; Facebook: RachelHauck; Twitter: @RachelHauck; Instagram: @rachelhauck.

4.5 out of 5 stars
4.5 out of 5
304 customer ratings
How does Amazon calculate star ratings?
Amazon calculates a product’s star ratings based on a machine learned model instead of a raw data average. The model takes into account factors including the age of a rating, whether the ratings are from verified purchasers, and factors that establish reviewer trustworthiness.

Abigail Thomas
5.0 out of 5 stars A beautifully written novel where truth prevails
Reviewed in the United States on February 4, 2020
Verified Purchase
“See how much the written word can do? See how truth can set a soul free?”

Rachel Hauck does not disappoint in this beautifully written novel where friendships are formed, broken bonds made whole, and truth prevails.

No one knows why they received this mysterious invitation, but when five people show up in the Bower Room of the Fifth Avenue Literary Society Library, their lives are forever changed. Intrigued by the mystery behind this Monday night meeting, Jett, Lexa, Coral, Chuck, and Ed make the decision to continue meeting each week for an indeterminate amount of time. What is revealed as the weeks progress is that each one has a story, and they each have a choice to make.

This story is multifaceted, but it all comes down to one thing: truth and the struggle thereof. Jett searches for truth but is afraid to find it; Chuck is afraid to share his story for fear of being hated; Coral needs to find the truth behind her failing company; Lexa prefers to run than to face her feelings head-on; and Ed? Ed has a story to tell, but which one?

Rachel Hauck has created realistic characters with so much depth, characters who have their own struggles yet long to be accepted. Each character is given their own sections in the story where the reader is able to see behind the scenes more clearly, a look into their thoughts and feelings. If I had to pick a favorite, it would be Coral. Through Coral’s words and actions, her heart shines through, and it’s a heart for God.

Though not in your face, God is evident throughout the book. He is seen through Coral’s words, and clearly visible in the sweet librarian, Gilda. There is no question that God is a part of this group, and I enjoy how the author chooses to show Him.

I enjoyed this story and would definitely read it again. If you’re looking for a contemporary novel that delves deep into struggle, choice, and truth, one where God is present in an almost physical sense, then this is one you should pick up.

I received a complimentary copy of this book thanks to Thomas Nelson and Netgalley. Opinions expressed in this review are completely my own.

N8RMama
1.0 out of 5 stars Terrible
Reviewed in the United States on March 15, 2020
Verified Purchase
There are so many things that make this book utter garbage- the hokey religious tones, the outdated and frankly insulting roles of men and women, the over-the-top role of wealth and power. But to be fair, I will focus on the three things I look for in a great book: characters, story and writing.
The characters are so one dimensional they feel like they were written by a 5 year old. Horrible cheesy names aside, if there is one character that the reader can relate to, they probably have a problem with being a fully -formed human. These characters are unrealistic and unbelievable and their dialogue is among the worst I have ever read. That's bad, but the story is worse- disjointed and scattered with clumsy attempts at foreshadowing. All this and completely predictable too. But by far the worst is the writing itself, which consists mainly of stringing cliches together. No finesse or artistry in sight. I have seen more beautifully written high school essays.
The only reason I finished this is because it was selected for my book club, but you can save your brain cells and give this one a pass.
Read more
15 people found this helpful
Helpful
Comment Report abuse

anne
5.0 out of 5 stars Amazing, Beautifully Written Heartfelt Story
Reviewed in the United States on February 7, 2020
Verified Purchase
I have been a fan of Rachel Hauck's books for many years, loving every one of the unique stories she creates. This book is different in that there are five main characters, all from very different backgrounds and life experiences. She expertly describes each one so vividly that I felt a connection right away to all five of them. If I hadn't had other commitments, like going to work, or the need to sleep, I'm sure I would have not put this book down and read it right to the very end in one one sitting.

Each of these five people received an anonymous invitation to the Fifth Avenue Story Society to be held at the Fifth Avenue Literary Society Library. All were puzzled about the mysterious invitation, however, all five attended that first meeting. The invitees are Jett, a Professsor of Literature at New York College, Lexa, the Executive Assistant to the owner of a successful fast food corporation, Chuck, an Uber driver, father of twins he was estranged from because of a restraining order, Ed, a older gentleman and a widower determined to write a love story about his life with his deceased wife, and Coral, the owner of a large cosmetic company and from the well-known, wealthy family that had actually built the library. Jett and Lexa had been married, but were divorced; Jett and Chuck had shared a jail cell overnight fairly recently after an unfortunate incident at a wedding that caused a fight they got involved in, otherwise, they were all strangers and wondered who invited them and why. Upon arrival, the librarian directed them to the designated meeting room with the comment to "Discover your story."

All five, although still unsure of the purpose of the group, and who invited them continued to come each week. As the weeks went by, they became more transparent with one another, telling of their individual stories. The stories of each of them was fascinating and especially seeing how the bond between them developed as time went by. This is a beautifully written, heartfelt story that will stay with me for a while. I could hardly stop turning the pages until I reached the end, and then I felt sad it was over. I hope other reader will love this book as much as I have.
Read more
6 people found this helpful
Helpful
Comment Report abuse
See all reviews from the United States

Paulette
5.0 out of 5 stars Best read ever
Reviewed in Canada on February 22, 2020
Verified Purchase
I have read almost every book this author has written. I have enjoyed them all. However, I have to say this is her best work yet!!! I didn't want the book to end. Sooooo good!!
Read more
Helpful
Sending feedback...
Thank you for your feedback.
Sorry, we failed to record your vote. Please try again
Report abuse