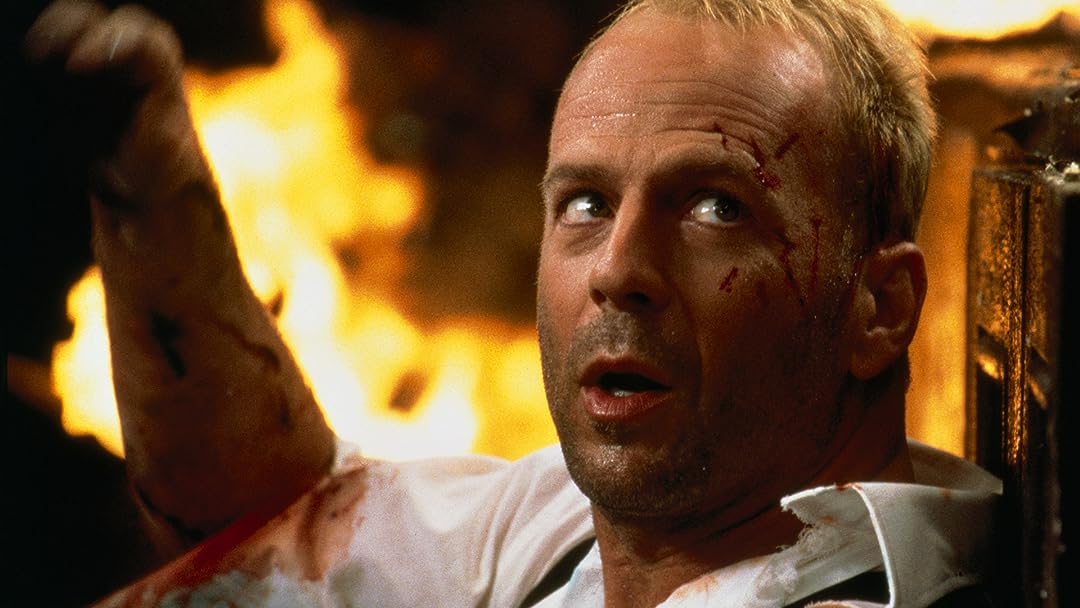 Leaves Paramount+ in 4 daysRentals include 30 days to start watching this video and 48 hours to finish once started.

JWReviewed in the United States on April 7, 2020
1.0 out of 5 stars
Great Movie
Verified purchase
Don't get me wrong ~ this is one of my favorite movies. I bought this because it was 4K and had a digital code with it. Received it on 9 March 2020. When I went to enter the digital code it didn't work, WHY? It EXPIRED on 31 December 2019.
54 people found this helpful

ionblueReviewed in the United States on December 3, 2019
2.0 out of 5 stars
Don’t waste your money on the 4K version
Verified purchase
Let me get this out of the way first - I love this movie. I’ve had several different versions of it over the years and all were great quality. And then there was 4K. I honestly don’t know how the authors of this conversion can live with themselves for putting out a subpar product. The noise is absolutely insane in this thing. It’s just horrible.

The fix, just play the standard Blu-ray version and let your TV or player upconvert to 4K. It looks so much better than the 4K version I can’t even express it.

MikeReviewed in the United States on November 2, 2015
5.0 out of 5 stars
Upgrade over previously-released Blu-Rays
Verified purchase
The Fifth Element was one of the earlier Blu-Rays (2006) and had its share of problems. In 2007 it was released as a Remastered disc which improved on many of those issues.

In 2015, it was released under sony's new "Remastered in 4K" series in 2 different formats: A Blu-Ray only version and a "Supreme Cinema" series which includes a book. Both versions include the SAME disc.. the supreme cinema series only includes a book alongside it.

Video-wise, I found it to be a slight upgrade over the earlier blu-rays (it's a bit more vibrant, but other than that it's not too noticeable)
Audio-wise, it now includes a 7.1 Dolby Atmos soundtrack which was amazing (and sounded like an upgrade even on a non-atmos setup compared to the 2011 release)
Extras-wise, it includes all of the features available from the DVD that never made it to blu-ray (on the downside, they're not in HD).

In the end, is it worth it?
I hear the Supreme Cinema book has its issues, but the standalone release comes in a nice slipcover and normal blu-ray case, looks better, sounds better, has a bunch of extras and is definitely affordable.

You won't see the same upgrade as in other titles like Leon (regular blu ray vs. re-release) but for a fan, I'm not disappointed. I find it to be the best version of the film so far.

MarieReviewed in the United States on September 26, 2019
1.0 out of 5 stars
Highly edit for content with large parts of the story missing. Real shame!
Verified purchase
This is a great movie but this edition is unwatchable as it has huge chunks edited out. This is a problem with most of the movies I have watched on Amazon prime. What is the idea? Very disappointed in Amazon Prime Video as a whole. More people need to complain about the editing of content and the fact it ruins the story line and is an insult.
42 people found this helpful

Amazon CustomerReviewed in the United States on February 3, 2019
4.0 out of 5 stars
Disappointed that the Digital copy was not UHD digital.
Verified purchase
I liked the movie, especially in 4K, however I had made the choice to get this movie since the implied digital copy seemed to be the UHD version. I was disappointed when I redeemed the digital copy that it was only the HDX version and not the UHD version. I feel they (movie studios/retailers) need to be explicit on what quality the digital copy being provided is, i.e. SD, HDX, or UHD. I feel that if you are buying the 4K UHD blue ray version of the movie and the digital copy is included in the package, then it should be also be the same quality of the movie, (UHD).
50 people found this helpful

Edward W. DuveyoungReviewed in the United States on March 28, 2017
5.0 out of 5 stars
Bruce and Milla and CGI galore
Verified purchase
At least my fifth viewing...maybe 50th if all the pieces of it I've seen here and there were to be added up.

Pretty dang perfect experience. Something this good doesn't age quickly -- and it helps that it has all future settings with advanced sci-fi tech, so that won't age for a long time, eh?

Meanwhile, all the actors are so young now. Hard to believe the years have passed.

7-5-17 6th viewing a mere few weeks later.....aaaaaaaaaaaaaaaaand, I can't get enough of this film. I so deserve to be sued. I just indulge in this one. And even now I saw things I never noticed before. Really quite the amazing artwork in all the categories. So many of the "moments" imprint my mind. The cab diving down across traffic, Zorg's forehead blood, LeeLoo's first costume, LeeLoo talking to Bruce in the cab, the Diva's singing, the long scream under the pool table, and on and on. If you have never seen this film -- don't ever have an opinion about it around a water cooler -- you can't imagine this from there -- see it.
42 people found this helpful

joel wingReviewed in the United States on July 6, 2020
4.0 out of 5 stars
Great sci-fi because it mixes the conventional evil force from outespace with comedy
Verified purchase
The Fifth Element was a great comedy sci-fi film flick written and directed by Luc Besson. It centers around an evil force that appears in the universe threatening to destroy everything. Only the Fifth Element who turns out to be a woman named Leeloo (Milla Jovovich) can stop it.

What the movie does is create an odd couple relationship between Leeloo and a cabbie-former soldiers she runs into named Korben (Bruce Willis). They lead to all kinds of funny situations as well as the action element.

It also mixed in conventional sci fi tropes like giant aliens landing in Egypt in 1914 and the evil force destroying spaceships.

Finally the ensemble cast really shines. Gary Oldman plays a ruthless villain that wants the Fifth Element. Christ Tucker is an over entertainment star. Tom Lister Jr. plays the president of the federation, and more.

This has really become a classic and for good reason.
C
9 people found this helpful

Sean G.Reviewed in the United States on December 27, 2020
5.0 out of 5 stars
Very great print of a fun movie
Verified purchase
I've always enjoyed The Fifth Element and was happy to see that it came out in 4K Blu-ray. I got around to watching this last night, and was impressed by the quality of the movie on the disk. I noticed details in both the video and soundtrack that I had not in my DVD copy (natch) and there wasn't any weirdness that you can sometimes get with a bad transfer/upscaling job.

The only issue I had was that my Xbox One X Blu-ray app did not play the disk - I got the "hang at loading" issue that I get with probably 5% of the UHD Blu-ray disks I own. Not sure if this is a quirk of my particular XBOne, or if it is a general compatibility issue with the disk and the Microsoft player, so YMMV. I have a standalone UHD Blu-ray player, though, so was able to enjoy the movie.

Con:
My Xbox One X did not play the disk.

If you are a fan of the movie and have a 4K Blu-ray player with good surround sound, you would be doing yourself a favor by adding this to your collection.
One person found this helpful
See all reviews
Back to top
Get to Know Us
Make Money with Us
Amazon Payment Products
Let Us Help You
EnglishChoose a language for shopping. United StatesChoose a country/region for shopping.
© 1996-2021, Amazon.com, Inc. or its affiliates