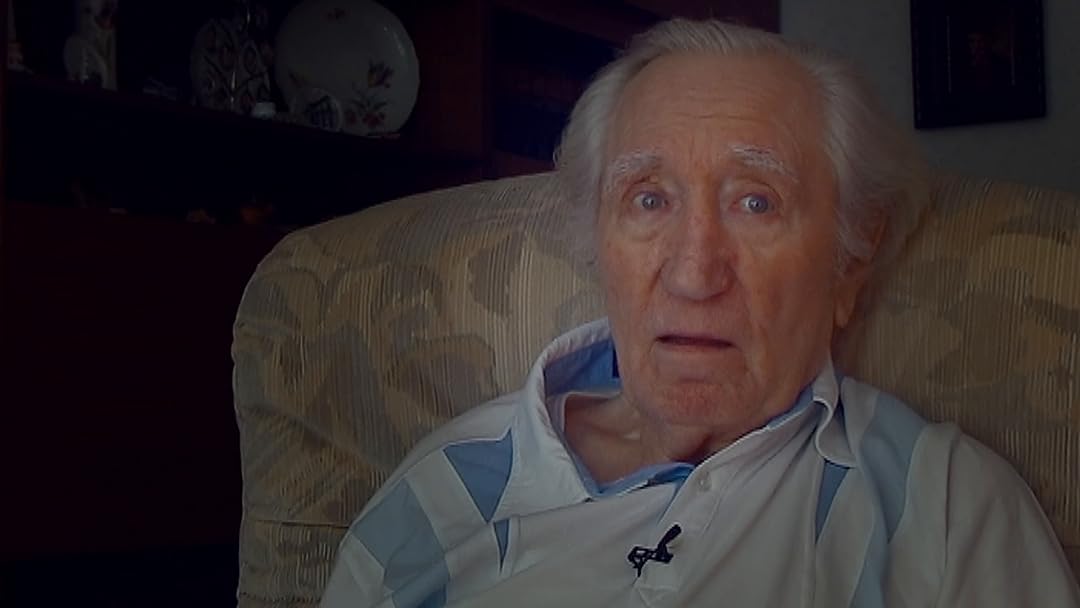 (139)6.91 h 34 min2021PG-13
Never-before-seen interviews with the last living people to participate in the Third Reich raise vital questions about their own roles in the greatest human crimes in history.

RescuepetsruleReviewed in the United States on August 20, 2021
3.0 out of 5 stars
Read 'Waffen SS' at Wiki--note how many times you see 'massacre'...
Verified purchase
In truth, there were NO nice, remorseful murderers, but some have to express remorse now. In particular, the lies about the Waffen SS being only in combat are atrocious. There were 38 divisions of them and all were guilty of massacres, rapes that Himmler condoned and burning villages and people. The Wiki leak also has the account of the source of the term "playing bayonet baby', a game they enjoyed-you can guess what happened to babies. They also started the widely used method of killing babies, especially if they cried, by grabbing the baby's ankles and smashing it against a wall. At NUREMBERG, the Waffen SS was found guilty of so many atrocities that Germany decided that none would ever get retirement or other benefits. So, the old guy saying he was proud to be such a fine combat soldier ONLY is possibly mooching off relatives.
Our troops always said, sarcastically, that "there are no Nazis in Germany". Most realized that admitting what they knew and what they did meant major trouble or death. The countrywide fairy tale that "it was secret-we never knew anything" began. At least in this film several people admit the carnage they saw. The "Student" that argued with a Nazi that had the sense to be ashamed, shows that being honest still makes many Germans angry.Someone should point out that Hitler could have created a German Utopia with the billions he wasted killing people
Germany showed the world what happens when insanity is rewarded.

DavidReviewed in the United States on July 17, 2021
3.0 out of 5 stars
Just OK
Verified purchase
I've actually been waiting for this to be released on streaming. It was interesting, but not worth the money. I kind of expected more.
3 people found this helpful

amy baynashReviewed in the United States on July 26, 2021
5.0 out of 5 stars
An important film.
Verified purchase
Without complicity from the average German, the murder of 6 million Jews would never have taken place. This film demonstrates that even today, Germans have difficulty accepting responsibility for their actions or inactions. Germans hated the Jews and many still do. No one seemed to care if their neighbor was murdered. This is frightening.
One person found this helpful

Amazon CustomerReviewed in the United States on July 17, 2021
5.0 out of 5 stars
An important obligation for everyone to see
Verified purchase
This is an important for everyone to see. To see people to be frank about their experiences, and to witness the cognitive dissonance of their own logic. To understand how ordinary people could participate in horrific events... and to understand how some of the same ordinary people rationalize it 80 years after.
"Am I a perpetrator? If at any point I had said 'no', then I wouldn't be... but I.... let's end this here, shall we?"
One person found this helpful

mareReviewed in the United States on September 5, 2021
5.0 out of 5 stars
presentation
Verified purchase
Excellent movie/documentary. Read a lot on the Holocaust. This presents new movie clips and photos . Interviews were very interesting especially where the college students pro Nazi commented . Astonishing the attitude of some of these people regarding 6 million Jews annihilated.

shewolf10189Reviewed in the United States on September 10, 2021
5.0 out of 5 stars
The unheard story from WWII
Verified purchase
This film should be required watching in every high school! There are very few interviews available on the topic of people who were children during WWII in Germany. It’s very blunt and doesn’t gloss over what it was like to be a kid during the period. Highly recommended!

JakeReviewed in the United States on September 28, 2021
5.0 out of 5 stars
Some feel guilty, some pretend to, and some are proud Nazis
Verified purchase
The amount of nuance is really admirable here. It's stunning to see the different degrees to which people admit guilt or have avoided feeling guilty.
How people react to having been part of the Holocaust is complicated, just as you'd imagine, and this documentary does a great job of showing that.

windword3Reviewed in the United States on July 18, 2021
2.0 out of 5 stars
Not worth 14.00
Verified purchase
There are better documentaries out there, not worth 14.00, slow moving, nothing new, almost fell asleep trying to watch.
2 people found this helpful
See all reviews
Back to top
Get to Know Us
Make Money with Us
Amazon Payment Products
Let Us Help You
EnglishChoose a language for shopping. United StatesChoose a country/region for shopping.
© 1996-2021, Amazon.com, Inc. or its affiliates