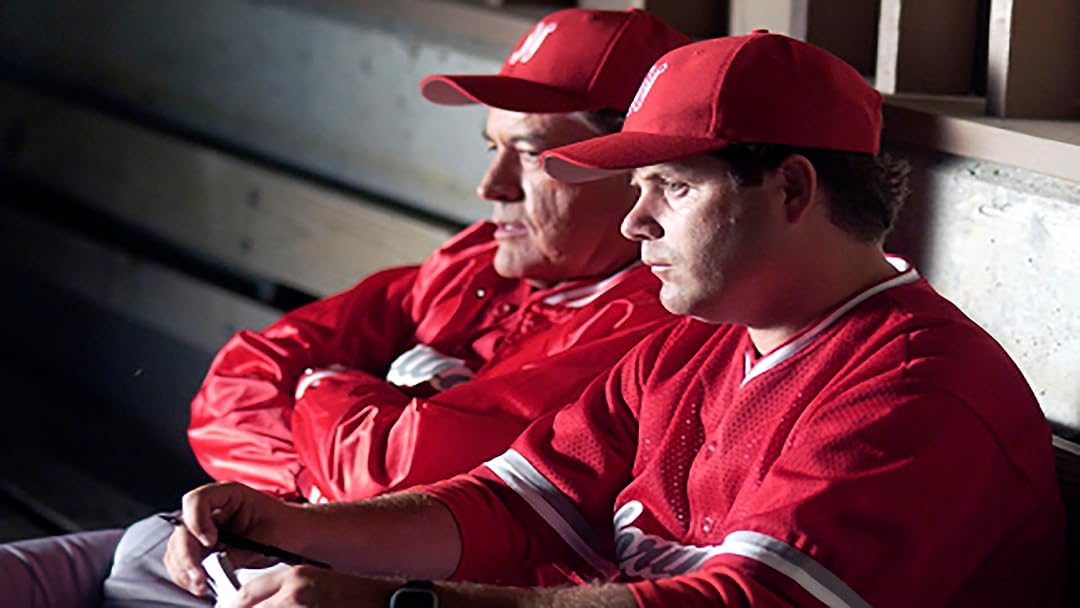 (354)
1 h 30 min200713+
The true story of a baseball coach who inspired his team and brought hope to a town when they needed it most. In a small town in Iowa, everyone comes together for high school baseball. As life throws curve balls, the passionate young players, their rookie coach and the hometown fans find that life's greatest challenges strike off the diamond.

RickReviewed in the United States on November 7, 2019
2.0 out of 5 stars
Not the full unedited film.
Verified purchase
The original, unedited version of this movie is a must watch. However, the version i watched through Prime has been edited and dubbed to make it a full G rated movie. Parts have been completely remove and numerous words have been cut out and faces blurred so lip movement can not be seen/read. Glad I find waste money buying this version. Sad deal since it is a good movie in it's original form. Prime needs to clearly state this is an edited copy.
22 people found this helpful

Brandon ShamusReviewed in the United States on December 22, 2019
1.0 out of 5 stars
It's Censored
Verified purchase
I love this movie, bought it to watch with my kids, and they Censored it... It's not the same movie. I'm extremely disappointed that it does not stay that it is censored. Do not buy this movie
16 people found this helpful

Amazon CustomerReviewed in the United States on December 20, 2019
2.0 out of 5 stars
Censored!
Verified purchase
Some of the content is dubbed out, people's lips are blurred out. I guess they are censoring the curse words. I watched for free with Amazon Prime subscription but if I had paid for this I would be angry. I did not find the film very interesting. I have to wonder if it would be a better film without the meddling of the censorers.
13 people found this helpful

John DanielsReviewed in the United States on March 23, 2020
1.0 out of 5 stars
Atrocious Editing by Amazon
Verified purchase
This movies was hacked to pieces. The original was nearly two hours, this Prime version barely clocks in at 90 minutes. Not only that, significant portions of the story were cut out so that the Prime version makes little sense to anyone who actually knows anything about sports and coaching baseball.
12 people found this helpful

Kevin D.Reviewed in the United States on January 25, 2020
5.0 out of 5 stars
Not only a great family movie, but a great movie period
Verified purchase
I know some were upset about the censoring of the language, it didn't take away from it at all. You know what the people are saying. It was nice to watch a real movie with the kids and not have them blasted with adult language. With that out of the way the movie was top notch, acting was great and the players were all good players without fake or unreal plays being made. Everything about the movie was believable and reminded me of my youth playing for a legendary coach in a small town. They nailed the crowds and how small towns unite around their sports teams. I rarely will watch a movie twice but this one will be played again a few times before baseball season.
7 people found this helpful

RJCReviewed in the United States on June 26, 2020
5.0 out of 5 stars
I really liked the movie!
Verified purchase
OK.....some people gave this film1-star because of editing; swear words were taken out. If I wanted to watch a movie with swearing and action, maybe some killing, I'd watch something else. But, with COVID-19, and lots of other crazy stuff happening today, I NEEDED something to make me smile. This film did the trick! Seeing high-school kids play baseball in a small town and win! Good cast. Somewhat predictable and corny...but so what!!??? Glad I watched, "The Final Season!"
3 people found this helpful

LMGReviewed in the United States on April 27, 2020
1.0 out of 5 stars
NOT A COMPLETE MOVIE
Verified purchase
This movie was edited for profanity/vulgarity which should have given me a heads up, because there are only a few in the unedited version but that was not the only pieces missing. It has been a while since I have seen the movie so as I watched I might not have recalled things properly but there was a particular scene I loved that is not in this version. DO NOT BUY THIS COPY!! I cant believe any movie would be sold in this condition unless it was bootlegged!
6 people found this helpful

MurphtheSurfReviewed in the United States on November 21, 2009
5.0 out of 5 stars
A Grand Slam....and it's for REAL!
Verified purchase
I like sports drama and own a bunch of them. This is one of the very best.

Why? It is well-filmed, well-directed, well-acted, and it is a real story. Well, well, well. Look up "Norway Baseball" and you get the whole story. The screenplay and the film that came from it are remarkably true to that story. Sure. The story is of a school competing in the smallest school division and the competition at that level is very different from that in the largest divisions, but Norway baseball was legendary. Its head coach was a legend. Its players were picked up time and again to fill rosters in colleges with strong programs.

19 State Titles was the source of extraordinary pride. And then the school board came to a very difficult decision. Here the film plays the members as true villains and that is unfortunate because schools the size of Norway in communities the size of its little farm town do not have the resources needed in a modern high school. Merger with another nearby school with a more up-to-date physical plant and room to grow. Merger was necessary, BUT there was a strange effort made to make the last season less dramatic by gutting the baseball team. Leadership on the Board did not want the baseball team to emerge as a gathering point for continued resistance to the merger. So, the legendary head coach was released and replaced by a young rookie with very little experience. A number of key players did not come out for the team in its final playing season.

The coach ends up being a natural coach. He forges a team whose chemistry is initially difficult. The right players emerge. Virtually none of the drama is manufactured for the film. Check out the newspapers. A strong start is followed by a big slump. A timely push back is good enough to get them into the state playoffs. The team is an underdog up against far larger programs with amazing talent that manages to win the baseball way: sound defensive play, a smart line-up, good scouting, a couple of very talented kids, a bunch of less talented but solid players, and big fan support.

Background stories are equally compelling as a spoiled and angry city-kid is transformed by his coach, his grandparents and his team.....and then meets his father on the field of play, real common ground. A bus driver, a priest, a couple of sports reporters and a girl friend each provided another story that makes the BIG STORY work.

Lastly, there are no ultra-dramatic, over the top, I-Can't-Believe-It moments. These moments are common devices in sports drama. They generate big moments for big feelings. There are lots of little moments that feel very real: mock bets between a pitcher and a catcher, a heart patient/bus driver who sneaks into the championship game, the fired coach returning for the last game, an often disheartened relief pitcher who is scared to death of the opposing pitcher's fast ball but still manages to crowd the plate at a critical moment, a coach who falls in love with a state official who has endorsed the school merger, and so much more.

In the back of the informed viewer's mind is the knowledge that these moments actually took place. Yeah, there is some condensing of action. There is fictionalized dialogue. There are combined characters. But, overall the truth wills out.


10 people found this helpful
See all reviews
Back to top
Get to Know Us
Make Money with Us
Amazon Payment Products
Let Us Help You
EnglishChoose a language for shopping. United StatesChoose a country/region for shopping.
© 1996-2022, Amazon.com, Inc. or its affiliates