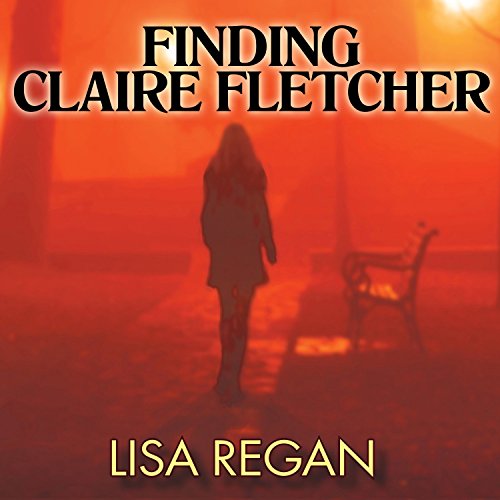 Newly divorced and with his career in jeopardy, Detective Connor Parks takes solace in the arms of a beautiful woman he meets at a bar. The next morning, Claire Fletcher is gone, leaving nothing behind but an address and a decade-old mystery. The address leads to the Fletcher family home, where Claire's siblings inform Connor that their 15-year-old sister was abducted from a city street 10 years ago and is presumed dead.

During those 10 years, Claire endured the cruel torture and depravity of the man who abducted her. Paralyzed by fear and too ashamed to return to her family, Claire is resigned to her life as Lynn, the identity her abductor forced upon her. Every time she attempts escape or betrays him in the smallest way, someone dies. Even now, her clandestine run-in with Connor Parks may have put his life at risk as well as the lives of her family.

Connor is convinced not only that Claire Fletcher is alive but that she is also the woman he met at the bar. He is determined to find her and unravel the mystery of her abduction and odd reemergence. But finding Claire Fletcher proves more dangerous than he anticipates. In fact it may be deadly.

Special invitation from Audible!
Learn more about Membership
List Price: $26.59
You Save: $3.64 (14%)
By completing your purchase, you agree to Audible’s Conditions Of Use
Sold and delivered by Audible, an Amazon company
Share

4.6 out of 5 stars
4.6 out of 5
3,506 global ratings
How are ratings calculated?
To calculate the overall star rating and percentage breakdown by star, we don’t use a simple average. Instead, our system considers things like how recent a review is and if the reviewer bought the item on Amazon. It also analyzes reviews to verify trustworthiness.

Janice
1.0 out of 5 stars Sex story
Reviewed in the United States on January 2, 2019
Verified Purchase
Not interested in sex details. I like mystery, thrillers, suspense, so it doesn't need to have detail sex in it.
Read more
88 people found this helpful
Helpful
Report abuse

Kindle Customer
2.0 out of 5 stars Disappointing
Reviewed in the United States on March 24, 2019
Verified Purchase
It got two stars because it started out as a promising read but quickly went downhill. Characters were weak and the plot was full of holes. Why on earth would a rape victim chose to pick up and sleep with complete strangers as a way of communicating with her family?! I would think a phone call or a post card would be a little more reliable. I kept reading just to see how closely I had figured this predictable plot. I got it pretty close. Don't waste your time with this silly book.
Read more
41 people found this helpful
Helpful
Report abuse

Helene Stephens
VINE VOICE
5.0 out of 5 stars INCREDIBLE! Don't Miss This One!
Reviewed in the United States on May 12, 2017
Verified Purchase
This book is a study in terror, and so well written that I felt the jolt! But please don't let the subject matter (kidnapping) deter you; this book is SO worth the read! It is a first-rate mystery, written with skill and sensitivity, with wonderfully realist characters and plot surprises. This has it all - elements that all readers can enjoy - despite some of the "dark." I happen to love my whodunnits a bit on the on the dark side and I REALLY enjoyed it!

So often, we hear of a kidnapping and wonder why the victim, who had every opportunity to escape, stays with her (or his) captor. If you've read any true crime, you see this situation oft repeated, and it seems to be totally inexplicable. Yet it happens. This book shows HOW it can happen; although we may not understand the process, we understand that it is mirrored in life.

This is the first book I have read by Lisa Regan, but I am about to start Aberration, and Cold-Blooded and Hold Still are on my Kindle also! What a WOW of a writer!
Read more
73 people found this helpful
Helpful
Report abuse

tcboyd
5.0 out of 5 stars This is a beautifully written book about a very unpleasant topic
Reviewed in the United States on September 26, 2018
Verified Purchase
There's the Good Guy, who you'll really like. There's the Bad Guy, who you'll really hate. And then there's Claire Fletcher, who tells the Good Guy that she needs to be found, and she'll steal your heart with her strength and determination to survive.

Like any good mystery, there are plenty of twists and turns to the plot, but the reader is always an informed observer in the story. The question is whether and how the Good Guy, Detective Connor Parks, can unravel the clues and find Claire Fletcher, who told him to his face over drinks in a bar, that she needs to be found.

If you can deal with the shocking unpleasant nature of the crime, then this is a must-read.
Read more
19 people found this helpful
Helpful
Report abuse

penny1970
4.0 out of 5 stars Could not put it down
Reviewed in the United States on January 4, 2016
Verified Purchase
This was the first time I have read anything from this author. The premise of the story, a young woman kidnapped as a teenager, and held captive for ten years by a pedophile, could have been taken right from the headlines, like the Smart and Dugard kidnappings. I have never read anything like this before, so I found it hard to put down! Claire was such a strong character, a true survivor, and her story was both heartbreaking and inspiring. I liked how the author gave readers Claire's story from her perspective in the past, her current accounting of the present and the third person perspective from the police detective who was researching the kidnapping cold case.
The only thing I did not like was toward the end when Claire went off on her own mission to track down the pedophile. I felt this was not only very dangerous, but completely unrealistic. A statewide manhunt and FBI involvement with all the resources that came along with finding her kidnapper made this so unnecessary, and I felt the author lost all authenticity with this plot complication. I also did not buy into the explanation of the identity of Claire's kidnapper, his source of his finances, and the method his family used to deal with his aberrant behaviors. I think the author needed to edit herself in order to make this part of the plot more believable and less fantasy fiction.
Read more
39 people found this helpful
Helpful
Report abuse

Janet Texas
1.0 out of 5 stars So disappointed in this book.
Reviewed in the United States on December 21, 2019
Verified Purchase
What a ridiculous story. Stay with a kidnapper/rapist 10 years when
escaping was an option . Ten years ?? Then become wonder woman with a killer instinct. Forced myself to finish, why?
Read more
15 people found this helpful
Helpful
Report abuse

McBrian
5.0 out of 5 stars Incredible novel
Reviewed in the United States on July 21, 2015
Verified Purchase
It breaks your heart, enthralls you, frightens you, and lifts you up. Regan's writing is poetic without being flowery. It kept me in its grip, unable to do anything else until it was finished.

I've read a few of the one star reviews on here...they didn't seem to get the point of the book. In my opinion, it's about the amazing strength of the human spirit. We are often inspired when we read some of the horrific accounts of what people survive, like those in concentration camps during the Holocaust, POWs held overseas, and various other kidnapping cases that have come to light with victims held for years on end. Hearing about it from the survivor's perspective in this novel, knowing what she was going through and yet managing to keep her dignity and keep fighting? That to me is something worth reading. Yes, the language is strong and the scenes of violence unimaginable, but they aren't gratuitous in my opinion...they simply illustrate the horrors the heroine faced.
Read more
27 people found this helpful
Helpful
Report abuse
See all reviews

Crosseyedbear
5.0 out of 5 stars Unusual plot that keeps you thinking.
Reviewed in the United Kingdom on December 2, 2017
Verified Purchase
Really enjoyed this book. It was a twisting plot that held a few surprises. I liked how each character developed, and there were some good insights, such as Brianna s view, that were unexpected. The tale kept me interested, and although I was At times thinking..would Claire really do this, on reflection I think yes she possibly would. Trying not to give too much away here. I liked the style of the book, and felt it was well written, so happ6 to give it 5 stars.
Read more
2 people found this helpful
Report abuse

Kindle Customer
5.0 out of 5 stars Brilliant read
Reviewed in the United Kingdom on January 11, 2021
Verified Purchase
I knew from the first page I was going to love this book. I found it an easy read and never got lost in the story. Well written with every character as they came to life. I was surprised to see some readers only gave it 1 or 2 stars. I can honestly say that I couldn't put this book down.
5 stars from me and looking forward to reading Book 2
Read more
Report abuse

PedroTheSwift
5.0 out of 5 stars A suspensful read ...
Reviewed in the United Kingdom on September 29, 2019
Verified Purchase
Graphic and realistic. This novel pulled no punches about what really happens to young people who have been snatched from the streets and kept against their will. The only complaint I would have (a minor one) is that the author did play the reader along. There were times when I wished that she would get on with it.
Read more
Report abuse

Kindle Customer
4.0 out of 5 stars A disturbing psychological nightmare
Reviewed in the United Kingdom on November 20, 2018
Verified Purchase
I found the first half of this book disturbing and nearly gave up on it. As the story developed to a new phase it became more of a pleasure to read with the sub text driving the heroin towards a solution to her dark and intolerable past.
Read more
One person found this helpful
Report abuse
See all reviews
Back to top
Get to Know Us
Make Money with Us
Amazon Payment Products
Let Us Help You
EnglishChoose a language for shopping. United StatesChoose a country/region for shopping.
© 1996-2022, Amazon.com, Inc. or its affiliates