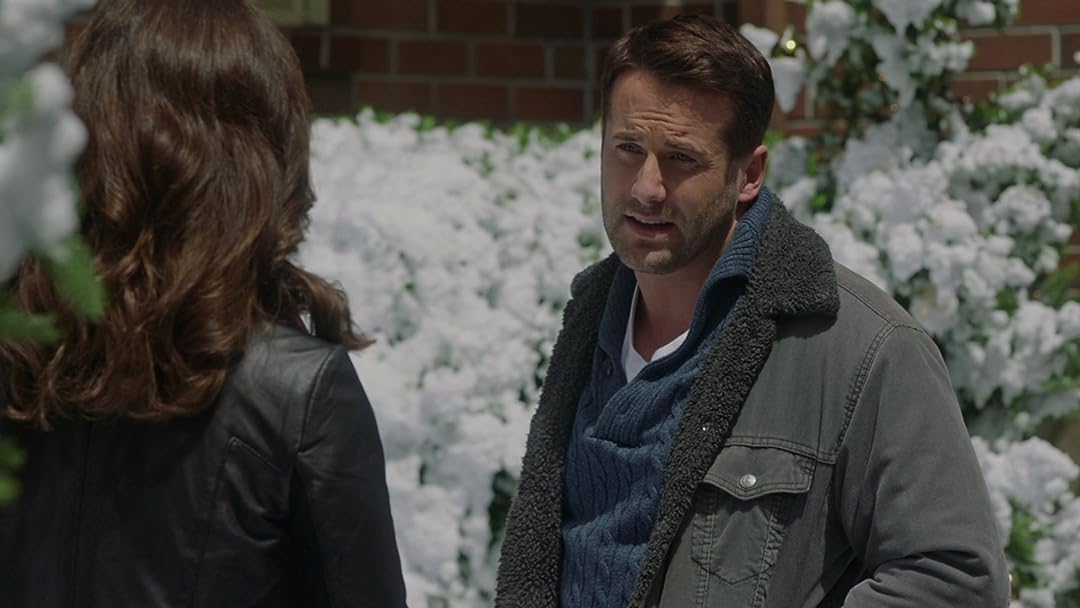 (1,229)
6.91 h 26 min2016X-RayALL
Raised by her mother, but orphaned at a young age at Christmas, Miranda (Erin Krakow) finds a clue that will take her to the truth about her father. Along the way, she finds romance and rekindles her Christmas spirit.

Richard P.Reviewed in the United States on November 11, 2021
4.0 out of 5 stars
A Delightful Holiday Film
Verified purchase
I'm only about four months after my mother's death. In the time that her health was declining, Hallmark films and Hallmark holiday films became a treasured activity that we shared.

As we creep into this first holiday without her, I decided to kick off my holiday season with "Finding Father Christmas," a film that practically defines what it means to be a Hallmark Christmas film.

"Finding Father Christmas" has a little tragedy. It has a little soul searching. It has a little romance. It has secrets that will, of course, be revealed. It has a picturesque setting - in this case Vermont. It has a central character who is successful yet wounded, beautiful yet doesn't quite realize it. It has, of course, your typical Hallmark happy ending.

"Finding Father Christmas" offers just about everything you could possibly want from a Hallmark holiday film.

One of the things I most grew to appreciate when watching Hallmark holiday films was the presence of tenderness that so radiates from them. The same is true here. Miranda Chester (Erin Krakow) was a little girl when her mother, Eve (Jessie Fraser), was killed during a tragic accident while performing in the holiday classic "A Christmas Carol."

Needless to say, Miranda is not one who possesses the Christmas spirit. However, refreshingly, she's not particularly Grinch-like. She simply seems to numb herself to get through the season.

However, an unexpected discovery leads her to the idyllic Vermont town of Carlton Heath where she hopes to discover the answers to long-held questions and to perhaps find a little more peace in her life.

We all know how this is going to go. In the hands of Krakow, however, it's quite the joy getting there. Despite its dabbling in serious subject matter, "Finding Father Christmas" avoids high dramatics and there are only fleeting moments of melancholy. There isn't a "bad guy" served up here. There's a young woman seeking answers who, remarkably graciously, is almost stunning in her hesitation to disrupt the idyllic town she visits when she starts putting some of her pieces together.

This is a warm-hearted, generous spirited, and truly tender film that I enjoyed from beginning to end. Krakow is wonderful as is Niall Matter as Ian, Miranda's soon to be beau and your typical Hallmark small town former lawyer turned handyman type of guy who also happens to be ridiculously handsome and kind.

Wendie Malick is the most "known" cast member here and while her appearance is relatively brief it's also incredibly meaningful. Malick gives it the appropriate gravitas.

"Finding Father Christmas" is an ideal holiday film for folks for whom the holidays bring mixed emotions and a not so festive response. It offers a nice reminder that it's never too late to find Father Christmas.

linda galellaReviewed in the United States on November 27, 2021
4.0 out of 5 stars
Heartwarming, small town, who’s my daddy?
Verified purchase
story that takes place during the Christmas season.

If you’re an Hallmark fan, you’ll love the cast and this movie: young woman loses her mom and goes on a hunt to discover who her father is. Her investigation takes her to a small, cozy town full of friendly helpful people that just might have more than answers.

Of course, she runs into an handsome guy that’s the most helpful of all and the sparks subtlety fly for 80 cute minutes while she looks for clues about her father and handsome guy tries to help. The scenery is lovely, acting on par with this genre and this is a feel good Christmas movie that’s safe for the entire family to watch🍿

L. WagnerReviewed in the United States on November 16, 2021
5.0 out of 5 stars
A Cut Above
Verified purchase
Hallmark cranks out Christmas movies at an impressive rate. Some better than others and they typically follow a formula. It's when one of their movies deviates from the formula, as 'Finding Father Christmas' does that you have a more interesting story. No one does Christmas like Hallmark, but even the atmosphere of this movie seems more warm and cozy than usual. Finally I have to confess a special fondness for the work of Erin Krakow. She is one of two actresses in the Hallmark sphere who, for me, never fails to deliver. An enjoyable movie with a different yet satisfying conclusion.
2 people found this helpful

Seattle guyReviewed in the United States on December 7, 2020
5.0 out of 5 stars
Not as predictable as I'd assumed?
Verified purchase
While I did have the twist figured out, I wasn't expecting how everything unfolded, which is what makes this one is the better Hallmark Christmas movies!

At first I was frustrated by how guarded Miranda was with the people that were trying to help her. It was beginning to feel like she could get to answers of she just stopped saying "Oh, nothing...." when asked. But the story moves so elegantly and her reasons for being guarded eventually make sense.

This very quickly jumped to the top of my favorites list!
One person found this helpful

Cat1LadyReviewed in the United States on January 18, 2019
5.0 out of 5 stars
Wonderful Story of Love & Forgiveness !
Verified purchase
One of my favorite Hallmark Christmas movies! Must watch all the way through for the Surprise Ending. The Vermont Christmas town setting is beautiful. Makes me want to find this town and move there. The story is very sweet. Bought this one for my BFF.
2 people found this helpful

WorkaholicReviewed in the United States on November 28, 2021
5.0 out of 5 stars
Awesome! Awesome! Awesome!
Verified purchase
I am fond of movies with the featured lead actress and actor. So, I turned on this movie to be in the background while doing other things. From the start, I could not take my eyes off of the movie. Everything I planned to do remains undone. The movie captured my attention. I highly recommend this movie. It is clean (no profanity and no sexually suggestive scenes). It has a good storyline that is easy to follow. I truly appreciate movies like this one.
See all reviews
Back to top
Get to Know Us
Make Money with Us
Amazon Payment Products
Let Us Help You
EnglishChoose a language for shopping. United StatesChoose a country/region for shopping.
© 1996-2021, Amazon.com, Inc. or its affiliates