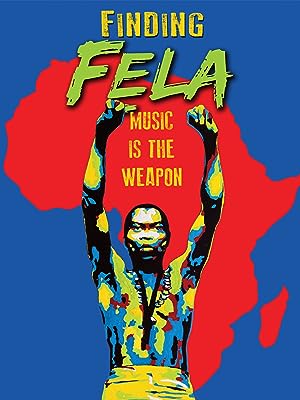 (110)
7.12h2014NR
Directed by Alex Gibney, this is the story of Fela Anikulapo Kuti's life, his music, his social and political importance and how his impact transformed the life of many Nigerians and rights activists throughout the world.

joel wingReviewed in the United States on August 6, 2021
3.0 out of 5 stars
Great on Fela but wasted almost 1/2 movie on a Broadway play about him
Verified purchase
Fela Kuti was one of the greatest musical artists from Africa. He not only helped usher in Afrobeat mixing Highlight, Soul, Funk and Jazz but he was also a political activist criticizing the military dictatorships that ran his homeland of Nigeria. There is plenty of footage of Fela and interviews with him along with lots of talking heads expounding about him. The music is obviously the highlight as well as the insights into his political development. The main drawback is the focus upon the Broadway play Fela. The documentary constantly goes back to the play as if it was the starting point for the entire production. Really? They couldn’t find more footage of Fela explaining himself or more talking heads they had to constantly interview the director of the play, him directing the cast during rehearsals, and show scenes from the play? I don’t care about this Broadway play I just want to see Fela.

Joyce F.Reviewed in the United States on April 2, 2020
1.0 out of 5 stars
BUYER BEWARE!!!!
Verified purchase
I bought this video last in Sept of 2019. I never really had the time to watch it. But as of today due to COV19 I am stuck in the house and found that this would be a perfect opportunity to watch the video, as I am a big fan of Fela.
To my surprise, I got a message on my screen that this video is not eligible for playback! I tried it in another DVD player and recieved a similar message!

I never suspected that anything like this could happen! I never ordered/bought a DVD and had to make sure that it works! I contacted the seller to make him aware of what has happened. And all I recieved was that it was too late to do a return.... this is not a surprise, it had been a while since I've ordered.... but for some reason I just thought they'd do something to honor the garbage that I've received.

I did however learn to test all items that I buy right away as soon as possible and not assume that all retailers and/or manufactures are honest and/or putting out quality products that you don't have to verify right away!

CheetahReviewed in the United States on February 23, 2021
5.0 out of 5 stars
Thrilling and Interesting
Verified purchase
This film made me want to see the theatrical production of Fela Kuti's life. I loved the live footage of Fela Kuti performances and interviews. He was a fascinating man and this film was a beautiful snapshot of a genius.
One person found this helpful

If you've never seen any other Fela docs or archival footage, I highly recommend it.
4 people found this helpful

Gigi girlReviewed in the United States on March 4, 2016
5.0 out of 5 stars
Five Stars
Verified purchase
Great
One person found this helpful

Dennis SchaferReviewed in the United States on March 10, 2015
4.0 out of 5 stars
Four Stars
Verified purchase
YES!

sam rayaluReviewed in the United States on January 5, 2015
5.0 out of 5 stars
Five Stars
Verified purchase
Amazing!

E. QueReviewed in the United States on June 21, 2015
4.0 out of 5 stars
Is this about fela or the Broadway show?
Verified purchase
A good overview of Felas story told through the creation of the Broadway show.
One person found this helpful
See all reviews
Back to top
Get to Know Us
Make Money with Us
Amazon Payment Products
Let Us Help You
EnglishChoose a language for shopping. United StatesChoose a country/region for shopping.
© 1996-2022, Amazon.com, Inc. or its affiliates