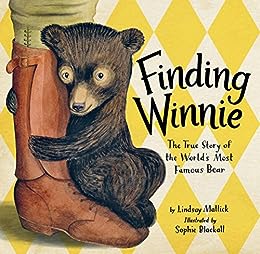 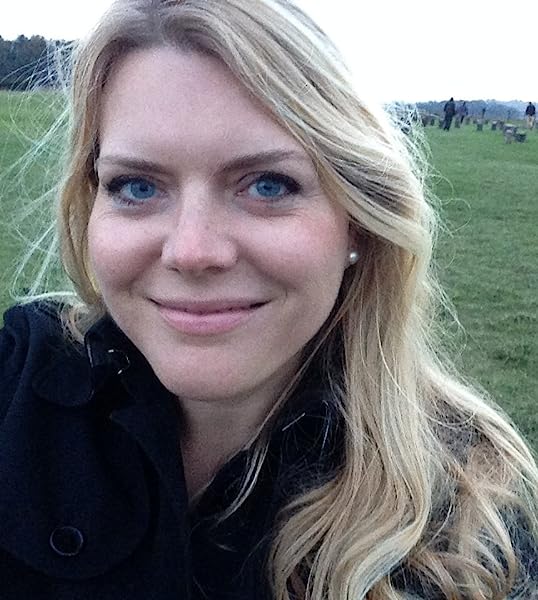 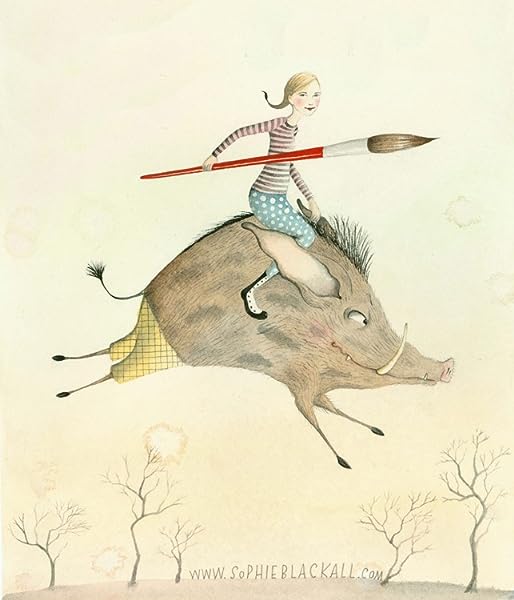 Finding Winnie: The True Story of the World's Most Famous Bear Kindle Edition

Lindsay Mattick, Harry Colebourns great-granddaughter, is the vice-president of an award-winning public relations firm. Based in Toronto, she has shared Harry and Winnies story around the world.

K-Gr 3—This sweet tale of the black bear that inspired the legendary children's book character Winnie-the-Pooh will resonate with readers. In the framing story, a mother tells her son, Cole, a bedtime tale about how veterinarian Harry Colebourn, a young Canadian soldier on his way to train and fight in Europe during World War I, stumbled upon a baby black bear that he bought off a trapper at a train depot. Colebourn named the bear Winnie, short for Winnipeg, a gentle reminder of his hometown, and took the bear with him to England. Winnie quickly became the mascot of his unit. But when the time came to ship out to France for combat, Colebourn left his beloved pet in the capable hands of the London Zoo. Later, Milne and his son, Christopher Robin, visited the London Zoo and Christopher Robin took an immediate shine to Winnie, developing an unusually strong bond with the animal and even playing with her in her enclosure. The boy imagined all sorts of adventures for Winnie, which became the basis for the now-famous stories written by Milne. Washes of muted colors convey a cozy cheeriness that imbues the book with warmth and comfort, while occasional interjections from young Cole add to the fun. Blackall's characters are rosy-cheeked and expressive, while Winnie is curious and whimsical. A perfect melding of beautiful art with soulful, imaginative writing, this lovely story, penned by Colebourn's great-great granddaughter, is ideal for sharing aloud or poring over individually. VERDICT Children everywhere will enjoy this tale for years. A must-have.—Jody Kopple, Shady Hill School, Cambridge, MA --This text refers to an alternate kindle_edition edition.

* "The sum total is as captivating as it is informative, transforming a personal family story into something universally resonant."―Horn Book, starred review


* "Little ones who love Milne's classic stories will be enchanted by this heartening account of the bear's real-life origins."―Booklist, starred review

* "The book strikes a lovely, understated tone of wonder and family pride...[Sophie Blackall] proves that she's equally imaginative at chronicling straight-on reality too."

"[An] inspiring text...Blackall's breathtaking watercolor illustrations demand to be examined up close, and Winnie's face is as expressive as the humans'."―School Library Connection --This text refers to an alternate kindle_edition edition.

"The book strikes a lovely, understated tone of wonder and family pride...[Sophie Blackall] proves that she's equally imaginative at chronicling straight-on reality too."

"Little ones who love Milne's classic stories will be enchanted by this heartening account of the bear's real-life origins."

"A perfect melding of beautiful art with soulful, imaginative writing, this lovely story, penned by Colebourn's great-great granddaughter, is ideal for sharing aloud or poring over individually." --This text refers to an alternate kindle_edition edition.
Read more

4.9 out of 5 stars
4.9 out of 5
1,172 global ratings
How are ratings calculated?
To calculate the overall star rating and percentage breakdown by star, we don’t use a simple average. Instead, our system considers things like how recent a review is and if the reviewer bought the item on Amazon. It also analyzes reviews to verify trustworthiness.

Pam in SC
5.0 out of 5 stars Careful two books out about this topic...this is the one written by the Great-Granddaughter....
Reviewed in the United States on January 7, 2017
Verified Purchase
This is the Caldecott winner, Lindsay Mattick is the Great-Granddaughter of the soldier, that rescued what we all have come to know as Winnie the Pooh.....what a delightful story for all Pooh lovers!! I had heard the interview on NPR radio (which I cherish to listen to while in my car). I am a Pooh fan from way back and had never heard this story....I love that Ms Mattick's, narrative is a story she is telling her own son. My only compliant is I didn't care for the illustrator's style, in fact I had first ordered the other book called" Winnie", by Sally M. Walker....I liked the look of Winnie better on the cover..."Finding Winnie's" bear was a little ghoulish to me...and honestly thought the story was by the same author...however, once I discovered my mistake...ordered this book.The story is more detailed....actual photos are on the pages, where the "Winnie" book just have them on the inside book jacket....this will definitely be a great gift for anyone who knows Winnie...even if it is for yourself!
Read more
14 people found this helpful
Helpful
Report abuse

Brian
5.0 out of 5 stars Wonderful addition to any child's library
Reviewed in the United States on October 13, 2016
Verified Purchase
This is a beautiful book with a very touching story. I love Caldecott books; they never disappoint. The cute story, connection to real events, memorable artwork, and realia in the back of the book make this book a winner.
I gave this to my 6-year-old niece with a stuffed, black bear cub because I am the worlds greatest Uncle.
Everyone was very impressed with this book, the bear, and my awesomeness.
Read more
35 people found this helpful
Helpful
Report abuse

Little Lulu
5.0 out of 5 stars OHH So Sweet and lovely to read, and I'm an adult
Reviewed in the United States on September 23, 2019
Verified Purchase
I love Winnie the Pooh and I ran into this book at a book sale, already sold, Darn, and I just had to have it. It was a terrific purchase. I bought the book and promptly sat down and read it and then read it again.
I knew very little about the real story of Winnie and this just made me cry and smile.
Excellent book, mine, all mine. I'll buy copies for the kiddos in my life but my copy is mine and only mine
Read more
6 people found this helpful
Helpful
Report abuse

Judith Ritter
5.0 out of 5 stars BEAUTIFULLY WRITTEN AND ILLUSTRATED TRUE STORY
Reviewed in the United States on April 24, 2020
Verified Purchase
THIS IS THE TRUE STORY OF THE ORIGIN OF WINNIE THE POOH AND THE BACKGROUND STORY OF THE WWI SOLDIER WHO ADOPTED A BABY BEAR CUB AND TOOK HIM ACROSS THE OCEAN TO JOIN THE ARMY. IT'S A BEAUTIFUL STORY, WELL WRITTEN AND WITH ORIGINAL BLACK AND WHITE PHOTOS FROM THE WWI ARMY VETERINARIAN.
Read more
2 people found this helpful
Helpful
Report abuse

J. Pierce
5.0 out of 5 stars For Children Of ALL Ages!
Reviewed in the United States on July 7, 2019
Verified Purchase
I keep purchasing this book, for baby showers and it is always a hit. Honestly, this adult loved reading the story too. The pictures are drawn perfectly for the book and at the end are photos of the real "Winnie" which is charming. The age limit is not just 3-5, but truly anyone would love to read this book. A must have for any children's library.
Read more
3 people found this helpful
Helpful
Report abuse

Love the Lake
5.0 out of 5 stars Beautiful story
Reviewed in the United States on January 17, 2021
Verified Purchase
I actually filled up with tears reading this story to my grandchildren. It is a true and heartwarming story of how Winnie the Pooh became the beloved story that it is. I never knew the background story and was so touched by it. The author's writing is beautiful and my grandchildren ages 3 and 5 were enthralled. This book is for any age child or grownup. Just a wonderful, wonderful story.
Read more
One person found this helpful
Helpful
Report abuse

Carlie
5.0 out of 5 stars Such an Amazing Book
Reviewed in the United States on April 10, 2016
Verified Purchase
I absolutely love this book. It is such a neat and interesting book. I purchased this book for a class; we had to write a paper about a children's picture book. I was browsing through books and I saw this and saw that it had an award, so I chose it. I fell in love with this book after reading it. It is a book that I can share with my niece and my fututre children. I would highly recommend it to anyone. I love the idea behind the book. The book actually has different stories within it, while telling one of the most important stories of all time; the bear who inspired Winnie the Pooh. The illustrations in this book are absolutely stunning and gorgeous. I also love that at the end of the book there are the actual photos of Winnie.
Read more
7 people found this helpful
Helpful
Report abuse

CO book lover!
5.0 out of 5 stars A lovely, true story!
Reviewed in the United States on April 23, 2021
Verified Purchase
This is the true story of the real "Winnie the Pooh." Nods to Winnipeg and the soldiers of World War 1. The art is stunning (obviously, being the Winner of the Caldecott Medal), and the story is engaging as well. This is a great book for young kids who like art, true stories, and animals. I would recommend a parent of guardian to read this out loud, but 6 or 7 year olds could really learn some new words and how to read other writing (ie italicized words). I really love this book!
Read more
Helpful
Report abuse
See all reviews

Mrs L Tidmarsh
5.0 out of 5 stars wonderful
Reviewed in the United Kingdom on January 22, 2016
Verified Purchase
absolutely wonderful story and a beautiful book for my grown up daughter who is is a huge Winnie the Pooh fan as am I.
Read more
One person found this helpful
Report abuse

G Wormley
5.0 out of 5 stars A delightful book
Reviewed in the United Kingdom on April 8, 2016
Verified Purchase
This is a truly wonderful, heart-warming book in every way possible.
Read more
One person found this helpful
Report abuse

kathleen frank
5.0 out of 5 stars Five Stars
Reviewed in the United Kingdom on January 7, 2016
Verified Purchase
As advertised.
Read more
One person found this helpful
Report abuse
See all reviews