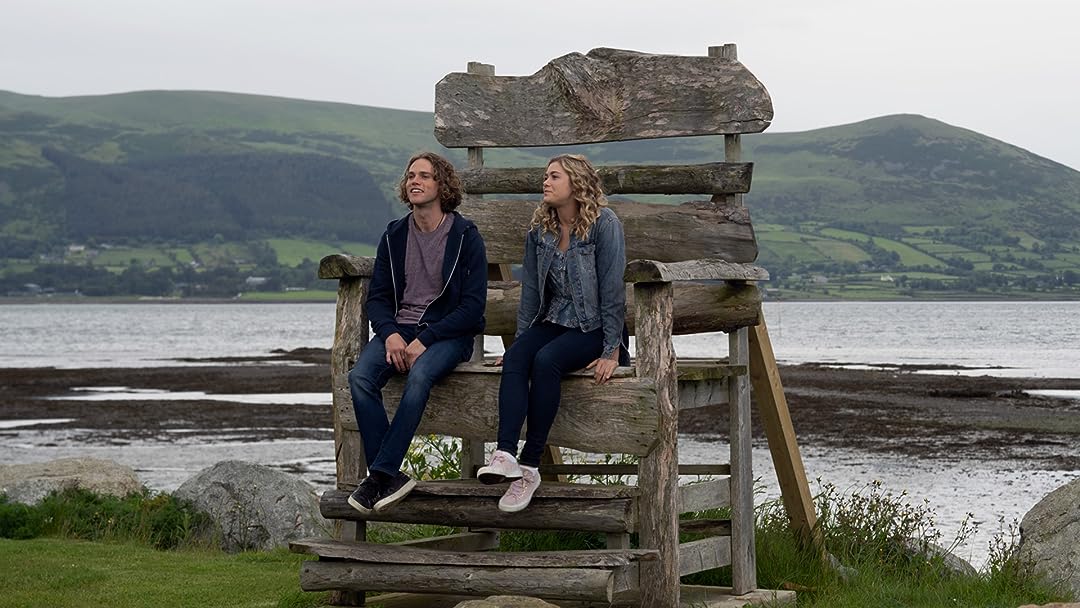 (2,148)
6.31 h 59 min2021X-RayPG
An unlikely romance is sparked when an aspiring violinist encounters a heartthrob movie star filming his new fantasy-action film in an Irish coastal village.

Emily S.Reviewed in the United States on July 27, 2021
5.0 out of 5 stars
uplifting, beautiful story
Verified purchase
I have to admit, this is the first film I actually pre-purchased. Not a massive blockbuster but a barely known film with barely known actors. Months ago I saw the trailer and like many women, was immediately suckered in. Who couldn't be with that guy's smile?! So I found the book - There You'll Find Me by Jenny B. Jones. The book was nothing short of a connection for me. Sounds deep but it is. You ever feel like God is sending you tiny little moments when you feel most disconnected to let you know he's still there? Yep, that book was one of those moments. Here I was reading it for a sappy young love story and wound up getting a "hi" from God. Tiny moments but they are profound when they happen. The movie doesn't show much of her soul wandering, of her pain and confusion from the loss of her brother. But the movie itself did show a wonderful personal journey and growth for not just the girl, but the leading man as well. I could still see God trying to connect through the film. I'm grateful for it. Grateful that by some happenstance I found the trailer. Grateful to Jedidiah Goodacre's beautiful smile to make me want to pick up the book. Grateful because I found a wonderful moment with God that I desperately needed. Beautiful, uplifting movie. Highly recommend.
72 people found this helpful

PraisegirlyReviewed in the United States on July 27, 2021
5.0 out of 5 stars
Must See Movie
Verified purchase
First of all, one of my favorite books is “There You’ll Find Me” which this movie is based off of. I couldn’t wait for this movie to come out, but of course I’m always hesitant to see the movie version of a book I love. So many times the movie isn’t near as good. Thankfully, this was the exception to the rule. This movie was so heartfelt. The acting was believable, the set breathtaking (I mean, Ireland!), and the relationships between the characters felt real. My favorite relationship has always been between Finley and Mrs. Sweeney. The actors that played them brought that deep kinship to life. Beautifully done. And when Finley begins to find herself, it brought tears to my eyes. This movie is my new favorite and best of all, suitable for the entire family which is something hard to find these days. Also, best movie in movie I’ve ever seen. You’ll see. :)
36 people found this helpful

DM7845Reviewed in the United States on August 7, 2021
5.0 out of 5 stars
Finally a “Genuine” Movie! Five Stars!
Verified purchase
I love this movie! I really enjoyed everything about it. I loved the story, the acting, all the characters, the beautiful Irish countryside, the violin and music, the craic and the heartwarming lessons. It is such a pleasure to see an exchange of kindness and love for one another. Thank you for making it and I look forward to more of this type of film. Bravo! XO✌🏼
26 people found this helpful

RachelReviewed in the United States on July 30, 2021
5.0 out of 5 stars
Great Movie
Verified purchase
This was a great movie. It has humor and heart and leaves you with a good feeling and smile on your face.
22 people found this helpful

AnnieReviewed in the United States on July 31, 2021
1.0 out of 5 stars
I can't believe I paid for this
Verified purchase
I was so excited that this movie was finally on Prime after seeing the trailer on Youtube months ago. It turned out to be wattpad status cringy. Everything was so predictable yet not all loose ends are tied up, rather storylines were introduced when they really didn't need to be. The acting wasn't amazing either. I think I was blinded by the idea and the execution was just not there.
18 people found this helpful

IrishLassReviewed in the United States on September 18, 2021
2.0 out of 5 stars
Happy I only rented it….painfully acted by leads.
Verified purchase
Previews looked great…but that’s as far as it went…went downhill from there. But Being Irish, I was mainly interested in the scenery…that is the ONLY thing going for it. And some Irish jigs. We almost purchased it…SOOOOO thankful
only rented it. The lead actor? Casting directors REALLLLY messed up…he is Terrible….bland & boring in this movie. And she wasn’t much better. MAKES you wonder if they even did a chemistry read?? And there was ZERO chemistry between them. Their romance was never believable in any scene. They weren’t even lukewarm. The storyline and script was weak and jumped all over the place. Not even heavy acting hitters Vanessa Redgrave and Patrick Bergin could save this movie. Although The story of the older sisters in the end was touching but this was more suited to be a made for TV movie and not a big screen flick. Sorry, really wanted to love this one but barely got through it.
15 people found this helpful

Danielle WestmanReviewed in the United States on November 22, 2021
1.0 out of 5 stars
Blunders in Writing & Direction Should Inspire an Irish Goodbye
Verified purchase
In a film that is marketed as a coming of age romance, inspired by a book in the Teen Christian Relationship genre, this movie falls short of both expectations, ultimately delivering a chaotic story with some very pretty scenery.

Writer/Director Brian Baugh completely fails to give the female protagonist, Finley Sinclair, any relatable or sympathetic characteristics or direction, while male love interest, Beckett Rush, is the personification of male chauvinism and superiority cloaked in “irresistible charm” and humor.

These two main characters are impeded by no less than 5 different plot threads inexplicably mangled together to somehow build a superficial story set in the beautiful (and surprisingly sunny) Irish countryside.

I should have given this movie an Irish Goodbye the first time Beckett told Finley “…you look really beautiful when you admit that you’re wrong” five minutes and fifty-seven seconds into the movie, but instead I proceeded to cringe in disgust twice more throughout the film when the same sentiment was repeated by Beckett without any return comment from Finley.

By the end, I was utterly disappointed to have wasted 2 hours of my life on this derisive drivel woefully disguised as romance.

Sarah S. KaylorReviewed in the United States on August 31, 2021
5.0 out of 5 stars
Great movie!
Verified purchase
I liked this movie so much when I watched it at the theater with my cousin, we both knew we had to have our on copy so we can watch anytime, any where. This is a great movie. It is funny and serious. It was nice to watch the development of the relationship between the characters. I could see a young woman I know being the lead actor in this.
13 people found this helpful
See all reviews
Back to top
Get to Know Us
Make Money with Us
Amazon Payment Products
Let Us Help You
EnglishChoose a language for shopping. United StatesChoose a country/region for shopping.
© 1996-2022, Amazon.com, Inc. or its affiliates