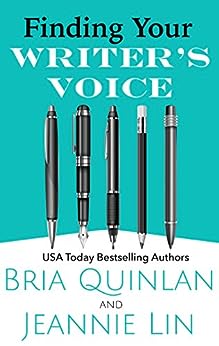 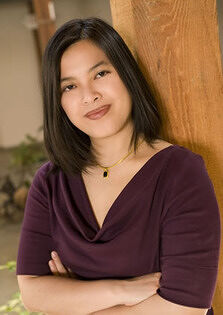 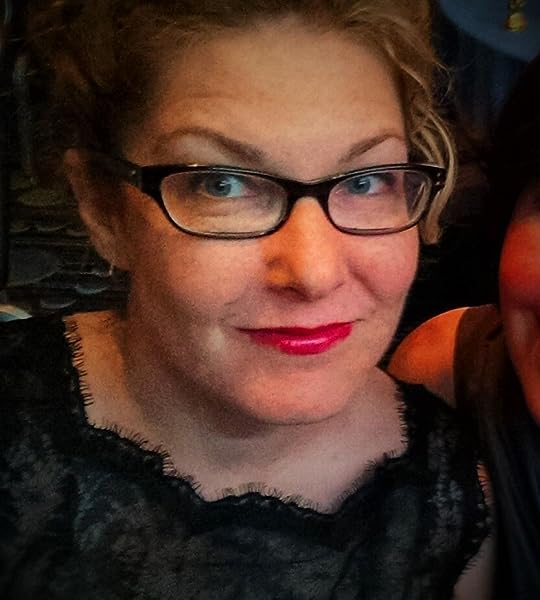 by Bria Quinlan (Author), Jeannie Lin (Author) Format: Kindle Edition
See all formats and editions
Sorry, there was a problem loading this page. Try again.
Voice. That IT Factor. The Holy Grail. Every writer has one. Every writer knows what it is, but not everyone can put their finger on how to develop it. Join Jeannie Lin and Bria Quinlan, two award-winning, best-selling authors, as they chase down this elusive element. This book discusses the hierarchy of developing a professional voice as well as concrete tips and techniques for discovering and enhancing your writing voice so that it emerges as a unique and compelling force that has readers turning the pages for more.
Read more
Previous page
Next page

Finally, someone has been able to explain, "You know it when you see it," in a way that illuminates exactly what that "it" is and how to get there. Reading FINDING YOUR VOICE is like using a flashlight to illuminate concepts that have always seemed abstract and vague. I had so many "aha" moments. Even better, Quinlan and Lin offer practical steps for defining your own distinctive writing thumbprint with the brain flex exercises. Seasoned writers can learn just as much as new writers from this book. I'll be recommending it to all my clients. Voice fills a much needed gap in craft books that until now have focused on structure over the actual crafting of words. ~Gwen Hayes, Amazon bestselling author and romance editor ~~~ Even after writing 30+ novels, I found myself making constant notes while reading this book, filled with new ideas and things I needed to apply IMMEDIATELY in my own work. Whether you're a beginning author or a veteran, anyone could find something to help them in this book! ~Robert J Crane, Best Selling Super Star ~~~ Insightful and important. The authors dig deep into the mysteries of voice in a way that is accessible to all. A fantastic resource for all writers who want to improve their art. ~Laura Florand, international best selling author of The Chocolate Thief

Mary Jean Adams
4.0 out of 5 stars Full of actionable advice
Reviewed in the United States 🇺🇸 on October 11, 2016
Verified Purchase
My critique group decided to take a break from our usual meeting plan to read a book on the craft of writing and discuss it as a group. One of our members suggested Finding Your Voice: Make Your Writing Unique and Unforgettable by Bria Quinlan and Jeannie Lin. It was a good choice.

This is a shortened version of my initial review. In that review, I not only talk about what I did and didn’t like about the book, but I also focus in more on what I learned from it about my own writing. You can find that review on my bog site if you’re interested - [...] Here, I will focus on the groups high-level reaction to the book.

At our meeting last night, there was one comment that was almost universally agreed upon. The first portion of the book on “emerging voice” wasn’t as valuable as the second and third sections on “core voice” and “signature voice.” That’s partially due to the less concrete nature of the content, i.e., it focused more on what voice is not than what voice is. But, it’s also largely due to the fact that everyone in our group, published and unpublished alike, already has a voice, whether we could describe it or not.

What I loved about the book–and others seemed to agree—is that it helped me identify some things that are a distinct part of my voice such as sentence structure, word choice, and use of humor. It can be hard to articulate your voice, and knowing how to do that can be helpful in honing it as well as aid you in pitching your manuscript to an agent or publisher.

All in all, I think it was a well-written book on craft that writers of all levels can appreciate. The authors give plenty of exercises throughout. I marked half a dozen that I will come back to as I work through the revisions in my current manuscript.
Read more
7 people found this helpful
Helpful
Report abuse

AMANDA K
5.0 out of 5 stars Great advice with lots of examples and exercises
Reviewed in the United States 🇺🇸 on April 16, 2018
Verified Purchase
This book was extremely helpful in thinking about my voice. Jeannie and Bria use alternating voices, and they include personal anecdotes to highlight the lessons. The lessons are all worth trying to figure what works for you and what doesn't. Highly recommend this book for people who are interested in analyzing their writing style or just want to improve their craft.
Read more
One person found this helpful
Helpful
Report abuse

Angela
5.0 out of 5 stars A must read for writers of any genre!
Reviewed in the United States 🇺🇸 on December 6, 2016
Verified Purchase
If you're a writer, then this book is a must-read. Bria Quinlan and Jeannie Lin do a masterful job of breaking down the creative process in a way that not only makes amazing sense but helps you find your natural writing style.
Read more
2 people found this helpful
Helpful
Report abuse

Kindle Customer
3.0 out of 5 stars Useful easy read
Reviewed in the United States 🇺🇸 on December 9, 2018
Verified Purchase
Authors ping pong viewpoints to offer different approaches and understandings to specific attributes of author voice. This is a case where the whole is greater than the parts.
Read more
Helpful
Report abuse

Saskia Newman
5.0 out of 5 stars The perfect 'go-to' read for tips on writing
Reviewed in the United States 🇺🇸 on November 24, 2016
Verified Purchase
A great 'how to' on writing by two greats in the industry. Perfect for anyone interested in writing fiction and the content can be tailored to a specific author's style and/or genre. Well done!
Read more
One person found this helpful
Helpful
Report abuse

Patrick Sneed
3.0 out of 5 stars Kudos to authors for attempting this elusive subject
Reviewed in the United States 🇺🇸 on January 1, 2019
Verified Purchase
This book has good, general writing advice; however, it is not an in depth study of voice.
Read more
Helpful
Report abuse

A hardware cashier
5.0 out of 5 stars Five Stars
Reviewed in the United States 🇺🇸 on July 10, 2018
Verified Purchase
this book gives a new meaning to 'writing' and it gives you things to work on as well.
Read more
Helpful
Report abuse