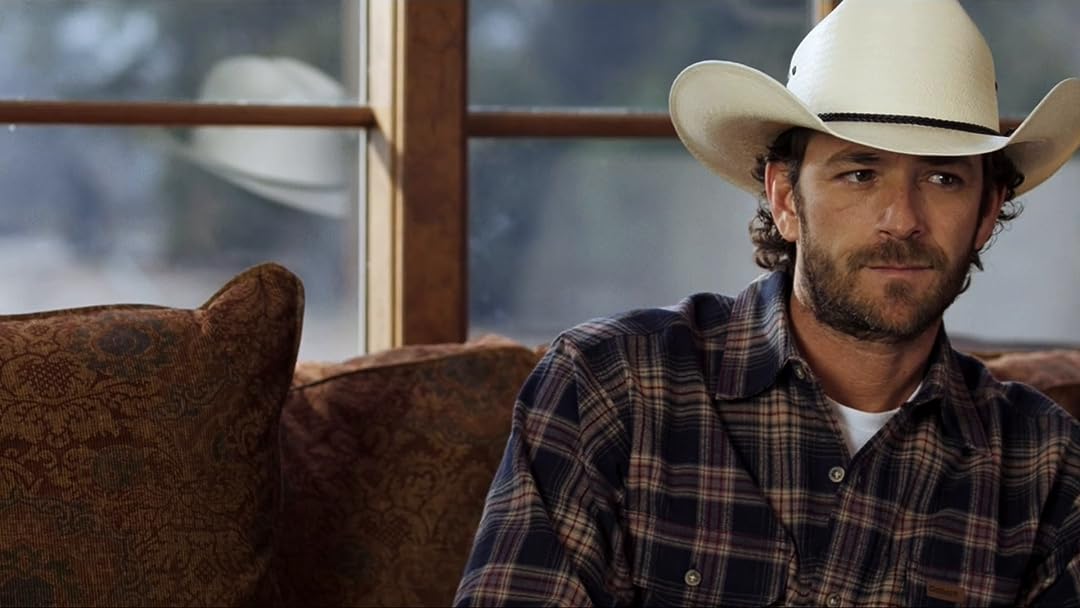 (156)
5.21 h 51 min201413+
When an expert horseman (Luke Perry) suffers a traumatic accident with his top horse, he overcomes his injury with the help of a young girl who helps rehabilitate him and the horse

J. McKayReviewed in the United States on September 11, 2021
4.0 out of 5 stars
Strong, character driven movie with family values and relationships
Verified purchase
This movie, which introduces a type of horse competition not well known, is strongly character driven together with a well developed storyline and beautiful horse photography. It depicts various aspects of horses such as their characteristics, personality, and emotional responses that are similar to people, which is one reason these steeds are used so effectively in psychotherapy.

In addition to introducing a little known type of horses, the Paso Fino horses, several well-developed themes run through the movie, a major one being pain and recovery from loss and grief.

The thing I had the biggest complaint about was during the final competition when they had the “substitute announcer“ who kept interrupting with ridiculous nonsensical and irrelevant banter. It was an annoyance, a distraction, and a real irritation.

The movie also displays solid values and goodwill even toward people who are at odds with each other.

Jerry L. CookReviewed in the United States on September 21, 2017
1.0 out of 5 stars
A Swing and a Miss: The music creeps me out
Verified purchase
I get it; not all movies are big budget. I had no problems with the acting and the overall idea seemed worthwhile. But story line is full of holes. The main actress did just fine, but the lines she was given---not so good. One moment she was a bratty teen and another a jedi-master full of wisdom.
It was weird. (Yes, teens and people in general can be like that, but if you watch the show, you'll know what I mean). What got me most, however, was the MUSIC and how, at different times, the movie tried to force comedy into the movie. It was really, really awkward. Sorry--I really wanted to like this one.
5 people found this helpful

susanbReviewed in the United States on September 23, 2017
3.0 out of 5 stars
Littered with great actors,but the overall movie was only good, not great
Verified purchase
I deleted my initial review, which I wrote about 1/3 of the way in, but having watched the whole thing now, it deserves at least three stars. Throughout the entire movie, I went from not liking it, to thinking it was okay. I cant put my finger on it. There will be good acting followed by something that feels like it was the first read of a script. Bad background music followed by a great song or two. Even the opening credits were irritating, flashing on and off, which is kind of how the movie played out for me. Worth a watch if you like these actors and horses. But you'll have to stick it out through some rough patches.
3 people found this helpful

bigscreenReviewed in the United States on August 11, 2020
5.0 out of 5 stars
A very good movie ..... Luke Perry
Verified purchase
A movie about the Paso Fino (fine step) horse developed over a thousand years (Seven centuries after Christ
an army of black Moors, Islamic conquerors, invaded Spain and their horses forever left their mark on the Spanish equine) of breeding for it's smooth gate, stamina, and gentleness. I am a horse guy (raised on a cattle ranch in New Mexico) and can relate to the value this horse breed has (a little on the small size for me). Good entertainment.
One person found this helpful

Edward P. StennieReviewed in the United States on March 30, 2022
1.0 out of 5 stars
Disjointed with no clear direction
Verified purchase
Several themes (too many) are introduced but none are developed. I kept replaying parts to see if I missed something. It seems as if key parts off the movie were left on the cutting room floor. It really made no sense.

meReviewed in the United States on February 23, 2022
1.0 out of 5 stars
TERRIBLE DIRECTING
Verified purchase
This film is painful to watch. One awkward moment after another. Luke and Armand and the neighbor developer are OK, but everyone else is terrible. The horses are OK, but the camera work on them is terrible.

Cindy MReviewed in the United States on February 28, 2021
2.0 out of 5 stars
Confusing and boring
Verified purchase
Story confusing and frankly boring. The whole "deal" isn't clearly explained which makes movie confusing. Half of the actors mumble and can not be understood. The main competitor is especially hard to understand. Frankly, pretty lame movie considering the stars in it.

Amanda L.Reviewed in the United States on April 23, 2018
2.0 out of 5 stars
A good attempt but not that good
Verified purchase
I would have preferred something with a more compelling story and character growth. There were many holes and a real thirteen year old actor would have made Claire more believable. It's obvious that this girl is between 16-20 years old. The story line could have been improved and I honestly skipped through a lot of it. A good attempt but not that good.
2 people found this helpful
See all reviews
Back to top
Get to Know Us
Make Money with Us
Amazon Payment Products
Let Us Help You
EnglishChoose a language for shopping. United StatesChoose a country/region for shopping.
© 1996-2022, Amazon.com, Inc. or its affiliates