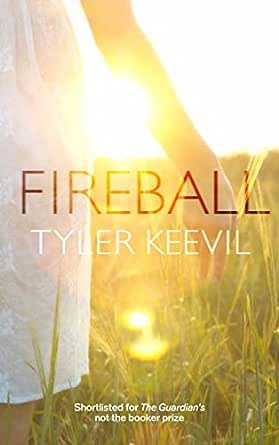 Flip to back Flip to front
Audible Sample Playing... Paused   You are listening to a sample of the Audible narration for this Kindle book.
Learn more
ISBN-13: 978-1908069788
ISBN-10: 1908069783
Why is ISBN important?
ISBN
This bar-code number lets you verify that you're getting exactly the right version or edition of a book. The 13-digit and 10-digit formats both work.

"Speaks to the troubled teenager in all of us. . . . Sympathy and insight—and fun."  —Guardian --This text refers to an out of print or unavailable edition of this title.

Tyler Keevil is a lecturer in creative writing at the University of Gloucestershire. --This text refers to an out of print or unavailable edition of this title.

4.3 out of 5 stars
4.3 out of 5
9 global ratings
How are ratings calculated?
To calculate the overall star rating and percentage breakdown by star, we don’t use a simple average. Instead, our system considers things like how recent a review is and if the reviewer bought the item on Amazon. It also analyzes reviews to verify trustworthiness.
Top reviews

MR D M CHRISTOPHER
5.0 out of 5 stars Blazing fury
Reviewed in the United States on December 9, 2010
It's fast, it's brash, it's ripping - the story of a few kids from Vancouver who spend their summer getting high, partying and fighting as they disappear down the drain of nihilism. The characters are tough on the outside, with all the misplaced pride of youth, but the narrator is astute and sensitive and teases out the truth. The writing is punchy and visceral, the plot runs fast and fluid, it's like living somebody else's summer. I would recommend this little indie hit.
Read more
2 people found this helpful
Helpful
Report abuse
See all reviews

D. Peck
5.0 out of 5 stars Fantastic - Highly recommended book
Reviewed in the United Kingdom on December 15, 2010
Verified Purchase
This book is fantastic! The characters are great and you find yourself drawn into their story immediately, the plot is enthralling. It tells the story of one year in the lives of 4 Canadian teenagers following a heroic act, and all that follows afterwards.

The main character is compelling, and you find yourself thinking about his story well after finishing the novel. What can I say without raving too much? Okay, the story completely sucks you in, I couldn't put this book down. It was written almost cinematically, I felt like I was watching a film in my head, because the metaphors and imagery were so powerful. There is an inevitability throughout the whole book, as though you have a sense of what will happen, but you can't stop yourself reading just the same.

On a superficial level, the cover is much more attractive than it looks in the image supplied by Amazon, it's bronze and embossed; it looks expensive and classic. I have already bought more copies for presents.

Look, I don't want to say too much, because you just HAVE to read it. What I would say is that if I was a teacher, I would buy this book for my teenagers to study. It would make a great present for anyone, but would be a great book particularly for teenage boys, but basically for anybody who enjoys reading as this novel is amazing. I would say that this novel could become a cult classic and should definitely be winning awards for New Writing!

M. Daniels
5.0 out of 5 stars I agree
Reviewed in the United Kingdom on April 26, 2013
Verified Purchase
This really is a good book, one that stays with you, a little haunting even...What has been said by the other reviewers is true. Buy it!!
Read more
Report abuse

Casey McCallister
5.0 out of 5 stars Awesome Read
Reviewed in Canada on February 17, 2014
Verified Purchase
A very enjoyable and quick read about some rowdy youth in Vancouver. It gets you hooked and you'll be unable to put it down.
Read more
Report abuse
See all reviews
Back to top
Get to Know Us
Make Money with Us
Amazon Payment Products
Let Us Help You
EnglishChoose a language for shopping. United StatesChoose a country/region for shopping.
© 1996-2021, Amazon.com, Inc. or its affiliates