Fired Up (Trouble in Texas Book #2) and millions of other books are available for Amazon Kindle. Learn more 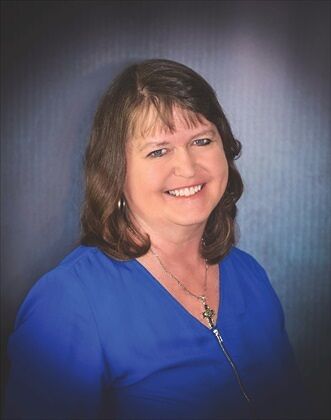 by Mary Connealy (Author)
4.7 out of 5 stars 297 ratings
Book 2 of 3: Trouble in Texas
See all formats and editions
Sorry, there was a problem loading this page. Try again.
Previous page
Next page

Page 1 of 1 Start overPage 1 of 1
Previous page
Next page
Start reading Fired Up (Trouble in Texas Book #2) on your Kindle in under a minute.

4.7 out of 5 stars
4.7 out of 5
297 global ratings
How are ratings calculated?
To calculate the overall star rating and percentage breakdown by star, we don’t use a simple average. Instead, our system considers things like how recent a review is and if the reviewer bought the item on Amazon. It also analyzes reviews to verify trustworthiness.
Top reviews

Kendra Waldriff
4.0 out of 5 stars Fired Up
Reviewed in the United States on February 21, 2016
Verified Purchase
Fired Up is the second book in the Trouble in Texas trilogy. I loved it! At the end of Swept Away, it seemed as if the next story was leading to Dare and Glynna, and I was right! I was kind of wondering if Mary Connealy likes Darius Rucker the country singer. The first thing I noticed about Dare's name is that is real name is Darius, and his last name is Riker lol. Anyway, I LOVE Dare and I loved reading his story! Someone is trying to either kill or scare Dare! The book opens with a horrific avalanche. There are a lot of smaller stories that take place in this one. Dare and Glynna's budding romance. Paul, Glynna's son, who is determined to take care of his Ma on his own with no help from any other man, and particularly Dare. And the fact that Dare's life is threatened many times and he questions being a doctor. This was a great book! At this point I am head over heels for most of these characters and I was quite happy to see, as in the first book, everyone is still involved in this book as well. Highly recommended!
Read more
One person found this helpful
Helpful
Report abuse

DebH
5.0 out of 5 stars Fired Up to finish this one ASAP
Reviewed in the United States on September 12, 2014
Verified Purchase
Fired up is book two in Mary Connealy's Trouble in Texas trilogy. You get to see the wooing and romancing begin in earnest from what was hinted at in the first book, Swept Away. Even so, each book of the trilogy can stand alone and you don't HAVE to read them in order to know what is going on. There is enough summary supplied by Mary to get the new reader up to speed without boring a returning reader who already knows what's been going on.

My first thoughts were, poor Dare. It seems like Mary enjoyed torturing her hero in this book a bit more than in previous books. Dare's a doctor who, more often than not, is the one getting injured and in need of a doctor - except he is the only one qualified. Doctor, heal thyself...heh.

I really enjoyed Dare's character and his attraction to the woman he helped widow is born of admiration of her strength, not guilt. Of course there are obstacles. Like someone who appears to wish him dead and then the widow's son not wanting ANY man near his Ma. Minor details...

Mary's humor is out in full force in this book and I couldn't help but root for this couple's happily ever after. Warning: this book may cause you to lose some sleep. I got caught up in the story, didn't want to put it down, and ended up being bleary eyed at work the next day because I just HAD to finish reading once I started it.

If you like cowboys, friendships forged in hardship, and a good dose of warped humor to boot, you may just enjoy this book a lot.
Read more
Helpful
Report abuse

DLHSmith
4.0 out of 5 stars Fired up about Fired Up
Reviewed in the United States on September 12, 2013
Verified Purchase
I've been looking forward to reading this book for a couple of months, and the hard copy version is on the way, but I jumped at the chance to read it when the publisher offered it for review. I devoured the story, reading it in less than 24 hours. A couple days later, I read it again to make sure I didn't miss anything.

It's the sequel to Swept Away, the second book in the Trouble in Texas series. It shifts the attention from Luke Stone and Ruthy to Dare and Glynna. If you read the Kincade Brides series, Luke Stone is Callie Kincade's brother. This book focuses on Doctor Dare Riker and Glynna Greer from the first book. Dare doesn't think of himself as a doctor, but he just can't help himself. He is, even though he has no formal education.

Poor Dare (short for Darius). Someone's trying to kill him. They tried three times in Andersonville during the war, and now someone has tried three times again, inflicting injury each time - through avalanche, through fire, and finally stabbing him with a kitchen knife in the night. His Regulator friends Vince, Luke, and Jonas can't protect him 24/7, even though they'd like to. His romance with widow Glynna Greer has a lot to overcome, including her son Paul's intense hatred of any man who comes close to his mother. Is he the one trying to kill Dare or is it a disillusioned lunatic?

Dare is a vulnerable, yet very strong, hero. So what if he's hurt, he's still on his feet and helping others. Glynna finds strength she didn't know she had through helping Dare. She is the self-proclaimed "second-best doctor in Broken Wheel."

I hope in future stories more of the Regulators' story in Andersonville comes out. Seeds of the third book are planted in this one between Vince and Jonas' sister. That looks to be interesting. I actually hope there will be four, so that Jonas the preacher can find someone too.

The thing about all Mary's books is the language she uses, like "mangy polecat" and "squawked like a startled chicken." She breaks a lot of writing rules regarding repetition and cliches. (At least I can't get away with `em.) But the humor makes you give her a break and enjoy the story just as she tells it.

I liked this book as I liked Swept Away, and many other books by Connealy. In the past eight months, I've read nearly all of them.
Read more
Helpful
Report abuse

Ginny
5.0 out of 5 stars Laughter, suspense & romance!
Reviewed in the United States on February 10, 2015
Verified Purchase
This 2nd book in the series was really about forgiving, even if the person is repentant & didn't ask to be forgiven. Glynna was married twice. Her 1st was an arranged marriage by her parents. Her husband took money to join the fight, only to become a deserter; taking the money & robbing the other men who enlisted. He was finally hung for what he'd done. She was a mail order bride to her 2nd husband & he ended up beating her. Glynna found it hard to trust men. Her young daughter, Janny, became quiet & shy. Her teenage son, Paul, became her protector & was filled with rage any time a man came near his mom. Read how Glynna opens a diner in the small Texas town & can't cook! Dare had been a Regulator in the war, assisting a doctor. He takes on the role of doctor for the small town. Read how Dare wins Glynna over as she falls in love for the first time. See how God uses Dare to teach Paul that most men aren't like his father & step father. There're some frightening moments when someone tries to kill Dare three times! As Dare told Paul, unforgiveness causes hate to live in your heart so that there's no room for God or happiness. This is a wonderful book & I'm looking forward to reading the 3rd book in this series!
Read more
Helpful
Report abuse
See all reviews
Back to top
Get to Know Us
Make Money with Us
Amazon Payment Products
Let Us Help You
EnglishChoose a language for shopping. United StatesChoose a country/region for shopping.
© 1996-2021, Amazon.com, Inc. or its affiliates